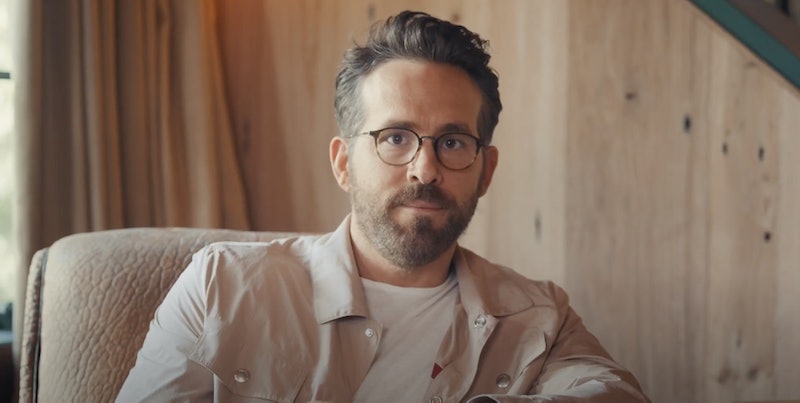 Sometimes losing bets can be a big win. Ryan Reynolds filmed himself getting a colonoscopy and shared it with the world on Sept. 14 after losing a bet with Rob McElhenney, his fellow co-chairman of the Welsh football club Wrexham A.F.C. “Ryan bet that I would not learn how to speak Welsh,” McElhenney explained in their YouTube video speaking in Welsh. “He was so sure, he said he’d publicly broadcast his colonoscopy if I could do it.”

The Adam Project star was a man of his word, documenting his colonoscopy from the moment he checked into the hospital to his post-op recovery. As Reynolds explained, he and McElhenney, who also co-host the FX series Welcome to Wrexham, turned 45 this year, which is the age that doctors recommend getting a colonoscopy. “It’s not every day that you can raise awareness about something that will most definitely save lives,” he explained. “That’s enough motivation for me to let you in on a camera being shoved up my ass.”

Reynolds also shared the clip on Instagram. “I made a bet with @robmcelhenney. I lost. But it still paid off,” he captioned the post. His wife Blake Lively, who is known for expertly trolling her husband on social media, has yet to comment on his video. On Instagram, fellow actor Gal Gadot commented on the video with, “Amazing Ryan ❤️,” while Katie Couric wrote, “Go Ryan! (Wait! You already did!) thank you for spreading the word! Next time I’m asking for Aviation Gin in my IV! ❤️”

Reynolds’ doctor emphasized the importance of getting regular colonoscopies, saying he found “an extremely subtle polyp” in Reynolds’ body and promptly removed it. “This was potentially life-saving for you,” he told the actor. “I’m not kidding. I’m not being overly-dramatic. This is exactly why you do this. You’re interrupting the natural history of a disease, of something of a process that could have ended up developing into cancer and causing all sorts of problems.” Despite winning the bet, McElhenney documented his colonoscopy as well (in less detail) in the spirit of raising awareness, revealing that the doctor removed three small polyps.

The duo teamed up with the Colorectal Cancer Alliance for the video to raise awareness for their new Lead From Behind initiative. “I’ve been on camera a lot. But this was the first time one was shoved up my ass,” Reynolds said in a statement. “The procedure and prep were painless but the discomfort of filming and sharing the process was the hardest part. Rob and I did it because we want this potentially life-saving procedure to be less mysterious and stigmatized.”