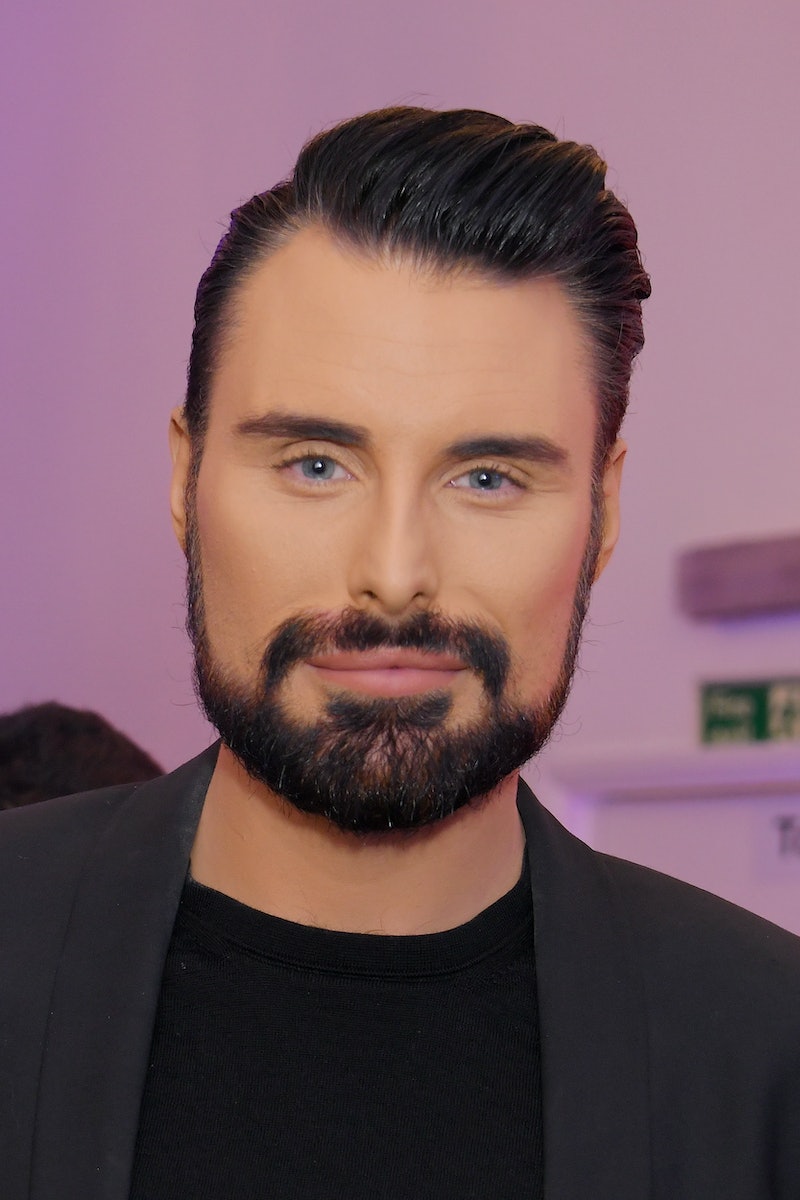 TV presenter Rylan Clark has revealed to his 1.4 million Instagram followers that he has banned from Tinder. The Strictly: It Takes Two host is believed to have joined the dating app following his split from husband Dan Neal and suggested to his followers that he was removed because of suspected “catfishing.”

In his Instagram story, Clark shared a screenshot of a notification from the dating app that read, “Your account has been banned. Your Tinder profile has been banned for activity that violates our Terms of Use.” The Celebrity Big Brother winner add a caption to the Instagram story, writing “Catfish” along with a crying laughing emoji.

Although Clark didn’t disclose the exact reason why he was banned from the dating app, one of the platform’s community rules does state that Tinder users are not permitted to “impersonate any person or entity or post any images of another person without his or her permission.”

The X Factor alumni isn’t the only celebrity to have run into trouble verifying their identity on dating apps such as Tinder. As Metro reports, Grammy Award-winner Sam Smith previously revealed that they were dumped from the dating app Hinge. “They chucked me off of it after one night cause they thought I was a catfish pretending to be me,” the singer disclosed.

Back in 2019, Hollywood star Sharon Stone also revealed her own dating app struggles on Bumble, tweeting at the time, “I went on the @bumble dating sight and they closed my account. Some users reported that it couldn’t possibly be me! Hey @bumble, is being me exclusionary? Don’t shut me out of the hive.”

As mentioned, Clark is back on the dating scene following his split from his husband of six years. Per Metro, the pair first met in 2013 while Neal was competing as a Big Brother housemate and Clark was presenting the show’s Channel 5 spin-off, Big Brother’s Bit On The Side. Two years later, in 2015, the couple tied the knot.

Speaking to The Sun in June 2021, Clark broke his silence on the break-up and confirmed their separation. “I have made a number of mistakes which I deeply regret and have inevitably led to the breakdown of our marriage.” In the statement, he added, “I have taken time away from work as I am not in a good place at the moment and am seeking help.”

More like this
Molly-Mae Hague & Tommy Fury Celebrate Pregnancy Reveal In The Sweetest Way
By Sophie McEvoy and Sam Ramsden
What Exactly Is The Bish & Chips Show?
By Frances Stewart
'MAFS UK' Changed The Rules After Matt & Whitney Cheated On Their Partners
By Catharina Cheung
Only 3 'Married At First Sight UK' Couples Are Still Together
By Bustle UK
Get The Very Best Of Bustle/UK