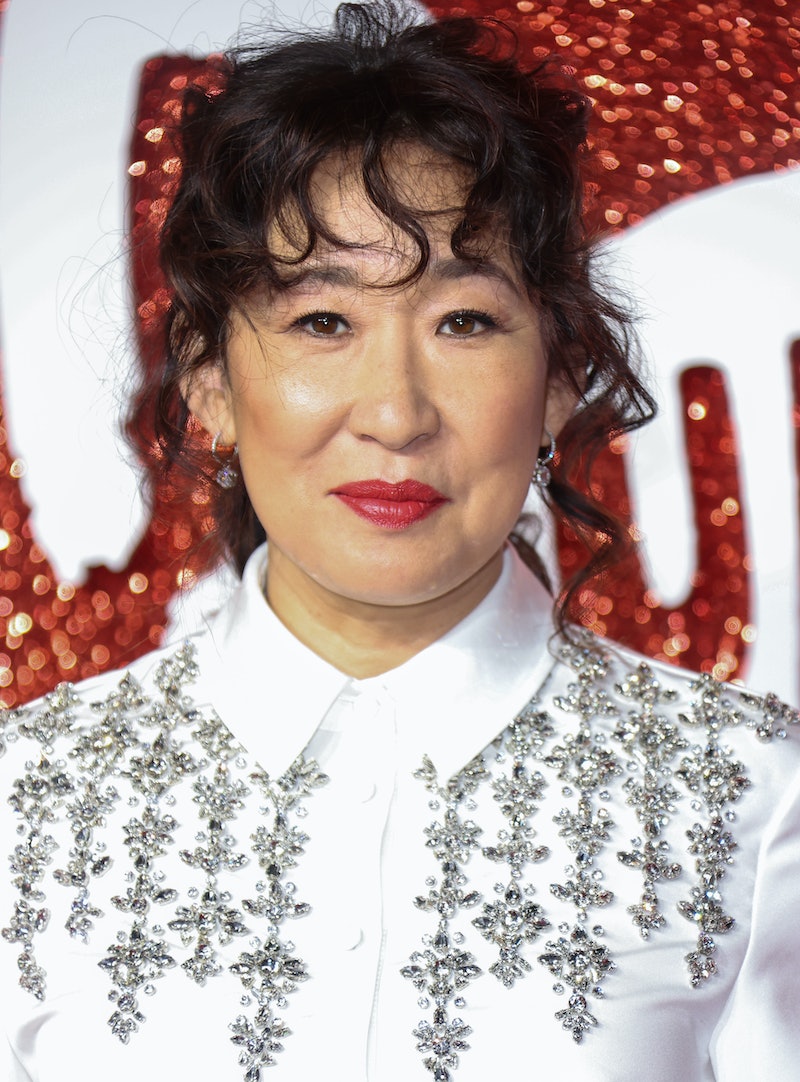 As Grey’s Anatomy viewers continue clamoring for Cristina Yang’s return, actor Sandra Oh is casting more doubt on the possibility. During a Variety “Actors on Actors” conversation with Squid Game star Jung Ho-yeon, Oh opened up about the negative effects Grey’s Anatomy fame had on her after she debuted on the ABC medical drama in 2005. Though Cristina became an instant fan-favorite saving patients’ lives on the show, off screen, the stress of her meteoric rise to superstardom caused Oh to experience her own real-life medical issues.

“When Grey’s Anatomy came — my life changed very much,” the 12-time Emmy nominee explained after Ho-yeon, who also experienced overnight success on the 2021 Korean-language Netflix hit, asked her advice for navigating fame. “Honestly, I got sick. I think my whole body was very, very sick. Even though you keep on working, right? It’s just like, ‘Oh, I can’t sleep. Oh, my back hurts. I don’t know what’s wrong with my skin.’”

Ultimately, the Killing Eve star learned that she “had to take care of” her health — both mental and physical — before anything else, and advised Ho-yeon to do the same. “Because you can’t ultimately depend on anyone else,” she added of finding peace in the spotlight. “You have to somehow find it within yourself. You ask people’s opinions, yes of course, but ultimately, we are alone with ourselves.”

This isn’t the first time Oh has opened up about the mental health toll of Grey’s Anatomy. During a virtual August 2021 Sunday Today interview with Willie Geist, she stated that her 10 years starring on one of TV’s top dramas “was traumatic,” at times. “The reason why I’m saying that is that the circumstances you need to do your work, is with a lot of privacy,” she said. “And so when one loses one’s anonymity, you have to build skills to still try and be real.”

Oh further recalled going from “not being able to go out, like hiding in restaurants” to eventually learning to “manage attention, manage expectation, while not losing the sense of self.” How did she get to the place? “Well I have a good therapist,” she told Geist. “I’m not joking, it’s very, very important. You just have to work at finding your way to stay grounded. And a lot of times, that’s by saying no.”

Though she’s given mixed answers since leaving Grey’s in 2014, as of now at least, it seems that a comeback to Grey Sloan Memorial is among the things she’s saying no to, noting that she’s “moved on” during a May 2021 episode of the Los Angeles Times’ Asian Enough podcast. “It’s very rare, I would say, to be able to see in such a way the impact of a character. In some ways, you do your work as a bubble and you let it go,” she shared. “I left that show, my God, seven years ago almost. So in my mind, it’s gone. But for a lot of people, it’s still very much alive. And while I understand and I love it, I have moved on.”

More like this
We Finally Know When 'Grey’s Anatomy' Is Coming Back
By Brad Witter
Lily Allen Was “Quite Emosh” After Performing Sober At Glastonbury Festival
By Stephanie Topacio Long
Here’s How Lizzo Is Supporting Abortion Rights After The Roe v. Wade Reversal
By Brad Witter
Olivia Munn Got Real About How Her Body Hasn’t “Snapped Back” Post-Pregnancy
By Stephanie Topacio Long
Get Even More From Bustle — Sign Up For The Newsletter