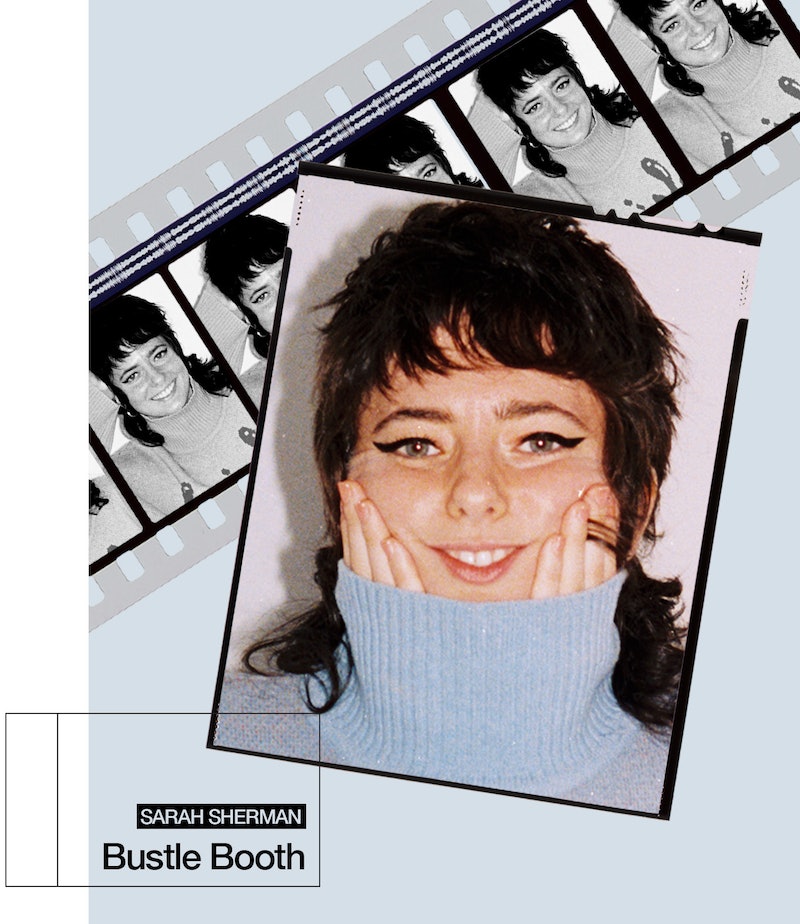 Growing up on Long Island in the early 2000s, Sarah Sherman had one fashion icon: Fran Drescher. Modeling herself after The Nanny star wasn’t easy — with the malls monopolized by Juicy Couture and Abercrombie and & Fitch, she and her aunt had to trek to the now-defunct department store Filene’s Basement — but it was well worth the effort. “I just wanted to be her so badly and I misinterpreted that when I was 15. I was like, ‘I'm going to wear ballgowns to school for attention,’” the Saturday Night Live comedian tells Bustle. “She was able to be Jewish, loud, and colorful but also grating and annoying. And people liked that! It was just so cool.”

Sherman is also Jewish, loud, and colorful. But whereas Drescher pokes fun at body image, often flaunting her physique while joking about maintaining her figure, Sherman finds the funny in body horror. In Helltrap Nightmare, the recurring comedy show Sherman was known for prior to SNL, she reclaimed the female form in all its gross-out glory, playing slideshows in which pepperonis stood in for nipples and curly-haired wigs represented pubes. “I'd made a bunch of videos I thought would be a blemish on a hiring process,” the 29-year-old says. “[Hiring mangers] would find a YouTube video of me as a pimple, vomiting up cottage cheese and that would impede me from getting a job.”

In the end, the opposite happened: Her specific sense of humor got her a gig — on SNL, no less. Sherman never shied away from her shtick during the audition process. “[People say], ‘You don't want to maybe say bad words in your audition because you're auditioning to go on television,’” she recalls. “But I just did my standup. My standup's very gross and vulgar and brassy. There's a lot of screaming. Sometimes you don't have to do the things you think you have to do to get a job.” It’s also what makes her so delightful to see onscreen, whether she’s roasting Colin Jost on Weekend Update for “claiming he’s seen most people’s nipples” or playing a foul-mouthed version of Chucky. It’s rare for an SNL cast member to carve out such a distinct lane for themselves on the show, but Sherman found a guiding star in the late Norm Macdonald. “He was a little troublemaker. I relate to him because he was never not himself,” she says. “I'm trying really hard to play different characters, but when you do standup for so long, you're yourself all the time.”

Get to know more about Sherman — including her fascination with Jungian dream analysis — in her Bustle Booth questionnaire below.

Not used enough: "I'm here to kick ass and chew bubblegum, and I'm all out of bubblegum" from John Carpenter's They Live

“Cool” by Gwen Stefani or “Dragula” by Rob Zombie

I would hope people say I’m out of my goddamn MIND!!!!!

More like this
On 'Industry,' Marisa Abela Takes Control
By Morgan Leigh Davies
Tacos Are Chef Kay Kay’s True Love Language
By Maxine Harrison
Kanye West Has The Most Kanye Reaction To Kim Kardashian & Pete Davidson's Split
By Jake Viswanath
Kim Kardashian & Pete Davidson Reportedly Broke Up After Dating For 10 Months
By Grace Wehniainen
Get Even More From Bustle — Sign Up For The Newsletter