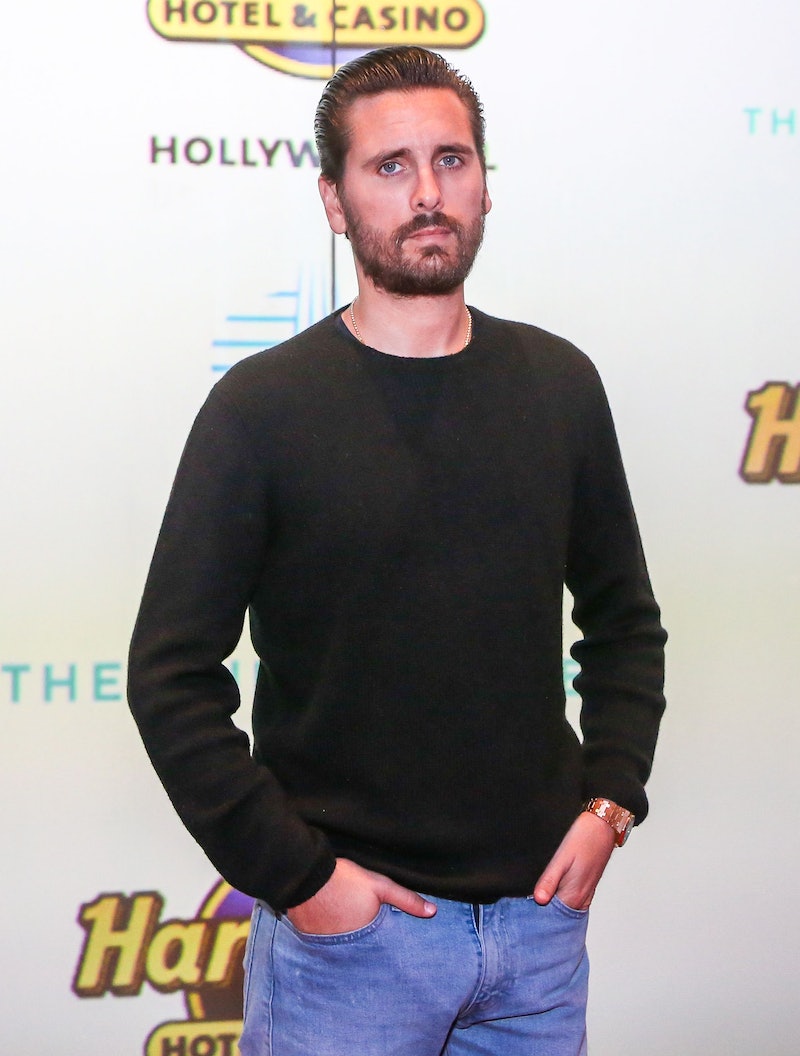 The coronavirus pandemic has many of us feeling down — including Scott Disick. In a preview for this week's episode of Keeping Up With the Kardashians, the reality star opened up to Kourtney Kardashian about going to a rehab facility to deal with "past trauma." "I was just thinking... this whole COVID, staying in, no structure, it just doesn't work for me," he told his ex and the mother of his three kids on a phone call. "It's making me feel like I just can't handle the staying home [and] not working."

Like so many others who are struggling right now, Disick tried to find ways to cope. Unfortunately, his idea of staying in Malibu for a bit to get away from it all didn't quite work out as planned. "All I've been doing is trying to find things to do," he continued. "Like renting a house in Malibu for an escape, and then that turned into a total sh*tshow." The 37-year-old went on to explain that the paparazzi made his stay extremely stressful and unrelaxing.

"You know, with everything going on, I'm just tired," the Talentless founder said in a confessional, adding that he's struggling to balance his boredom with his need for alone time. "The truth was I started feeling more and more anxious, more and more depressed, like I was going to do something bad if I didn't figure something out or take myself out of this position."

Luckily, Disick was able to identify that he needed to seek help. "I go to therapy every week, but I never have any breakthroughs and I never feel happy," he told Kourtney, adding that he doesn't think he fully grieved his parents' deaths (his mother died in Oct. 2013, and his father passed in Jan. 2014). "I just want to be the best person I can be for my family."

The reality star continued to tell Kourtney about a rehab facility that he felt could be beneficial. "A couple of people told me about this place that specifically deals with past traumas," he said, asking Kourtney if she could handle their kids — 10-year-old Mason, 8-year-old Penelope, and 5-year-old Reign — on her own for a while. "I would go for at least a month," he said.

Of course, Kourtney was totally fine with it, but she was caught a little off-guard. "For the first time Scott isn't being asked to go away, he isn't having an issue with alcohol or drugs, and it's his idea, so I think it feels really different," she said. Most of all, though, she just wants him to be the best father he can be to their children. "I'm more than happy to support him in any way that I can," she told the camera, adding that this pandemic has been hard on everyone. "I think it's really bringing up important work that we all have to do."

Keeping Up With The Kardashians airs on E! on Thursday nights at 8 p.m. ET.