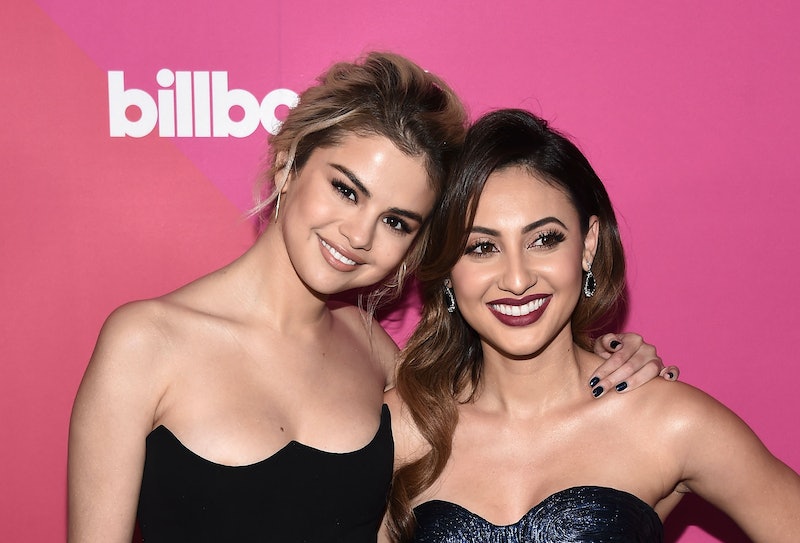 You’ve probably already heard of the “He’s a 10” game circulating on social media. Even Shania Twain hopped on the trend with a cheeky reference to her hit song “You Don’t Impress Me Much.” But the game is way more fun when done with friends and best friends Selena Gomez and Francia Raisa prove just that.

Gomez is famously single and even joked about “manifesting” a relationship during her SNL monologue when she hosted an episode in May. And now, fans and potential suitors can figure out exactly what Gomez wants — or in this case, doesn’t want in a partner (clue: must love dogs). The Rare Beauty founder posted a TikTok video on July 27 playing the game with the How I Met Your Father star. And just to remind her followers of everyone’s rare beauty, the Wondermind founder captioned the video, “But everyone is a 10, remember that fact while viewing.”

The video begins with Raisa asking Gomez, “He’s a 10 but his breath stinks.” Not giving up that easily, Gomez explores, “And I can’t fix that?” “You try.”

“He’s a 10 but he only likes to roleplay Star Wars,” the Only Murders in the Building star asks Raisa, before exploring the possibilities herself. “Is that weird? I don’t know if that’s weird. It could be weird,” she continues. (It might depend on the characters they want to play. Kylo Ren? Fine. Jabba the Hutt? Maybe not so much.) “Is it weird that I’ve never seen Star Wars?” Raisa responds.

The other options Raisa throws back at Gomez include “He’s a 10 but doesn’t like dogs” (Gomez begs “out”) and “He’s a 10 but he likes his toes sucked” (another no for Gomez).

Apparently, they also both won’t consider dating anybody who hates their projects. Gomez asks Raisa, “He’s a 10 but he hates everything that you’ve ever been in.” Her response? “Boy, bye.” Gomez agrees. “It’d be awful ... Sorry but I need the love.”

Raisa also considers Gomez’s next proposal a non-negotiable. “He’s a 10 but he says you can never have a glass of wine again,” Gomez proposes. “OK, now you’re just challenging my emotions,” the grown-ish alum replies. The last one Gomez asks is about her. “He’s a 10 but he hates your best friend,” she says. To which Raisa teasingly responds, “I hate her too sometimes,” before embracing Gomez in a tight hug. “Honestly fair enough,” Gomez giggles.

Gomez and Raisa met as child stars in 2007 while visiting a children’s hospital and have been best friends since. Their friendship even made headlines after Raisa donated one of her kidneys to Gomez when was suffering from complications due to lupus and needed a kidney transplant in 2017.

Though an experience like that can bond people for life, there were growing speculations that the two had a falling out in recent years. But to all the doubters, this video definitely puts those rumors to rest.

More like this
Hailey Bieber Just Responded To *That* Viral Met Gala Moment
By Radhika Menon and Sam Ramsden
Who Is Nick Cannon Dating & How Many Kids Does He Have?
By Jordyn Tilchen and Radhika Menon
Rhys Ifans Has A Good Reason For Keeping His Love Life On The DL
By Maxine Harrison
Gigi Hadid’s Dad Shared What He Knows About Those Leonardo DiCaprio Rumors
By Brad Witter
Get Even More From Bustle — Sign Up For The Newsletter