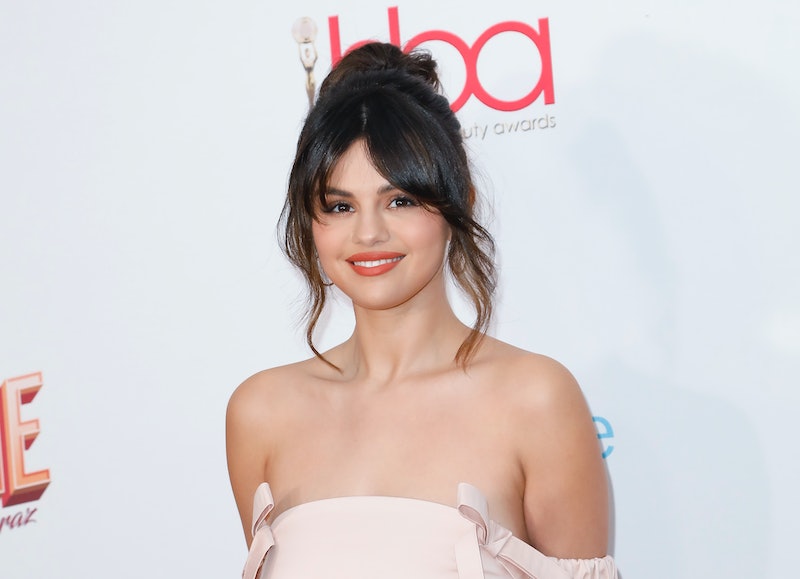 From the top of the charts to the top of a mountain. Per The Hollywood Reporter, Selena Gomez has been cast as openly gay mountaineer Silvia Vasquez-Lavado in the upcoming film In the Shadow of the Mountain, based on the adventurer's memoir of the same name. Vasquez-Lavado, who is also an activist and philanthropist, was the first Peruvian woman to climb Mt. Everest. She was also the first openly gay woman to climb the highest mountain on each continent, a challenge known as the Seven Summits.

While it's unclear what part of Vasquez-Lavado's life the upcoming biopic will chronicle — her memoir is set to be published in the winter of 2022 — it will likely include the mountaineer's journey from a victim of childhood assault and neglect to a boundary-breaking climber. She is also the founder of Courageous Girls, a nonprofit that works to help survivors of childhood sexual violence heal through mountain climbing and organizes treks to Mt. Everest's base camp for other survivors.

In the Shadow of the Mountain will be Gomez's first major acting role since 2019's The Dead Don't Die. So far, it seems that many of the singer's fans are excited to see her tackle a more serious and challenging part. Others, however, would have preferred to see a gay actor take on the role instead.

While Gomez has not yet publicly commented on the film, she has been incredibly open about her desire to return to acting and to pursue more challenging roles in the future. "I want to do movies so bad. I want to do TV so bad," Gomez told WSJ magazine in January, though she admitted that she often struggles to land interesting roles due to casting constraints. "I find that I look too young most of the time, or people can't separate the two [the real Selena from a character], which bums me out. So I continue to audition, and I just have to wait for whenever my time is."

Even though she has taken a break from being in front of the camera, Gomez told WSJ that being a producer has allowed her to branch out into different projects rather than staying stuck in the Disney channel box. "I learned so much from 13 Reasons Why," she explained while talking about her production projects. "I love being in a room with people and having an opinion and being respected. It feels good when someone listens to what I have to say."

Although Gomez isn't producing In the Shadow of the Mountain, Vasquez-Lavado's story fits the actor's goal of telling stories that inspire others. "I went from survivor to empowerer," Vasquez-Lavado told The Chicago Tribune in 2016 about her organization, Courageous Girls. "Many of us want to make a change in the world, but sometimes we forget about our own healing. When I made my promise, it was twofold: Let me do my own healing, and let me keep giving back. That's what this journey, this connection, this walking side-by-side with the girls, is about." No wonder Gomez was drawn to her rare and inspiring life story for her first biopic.