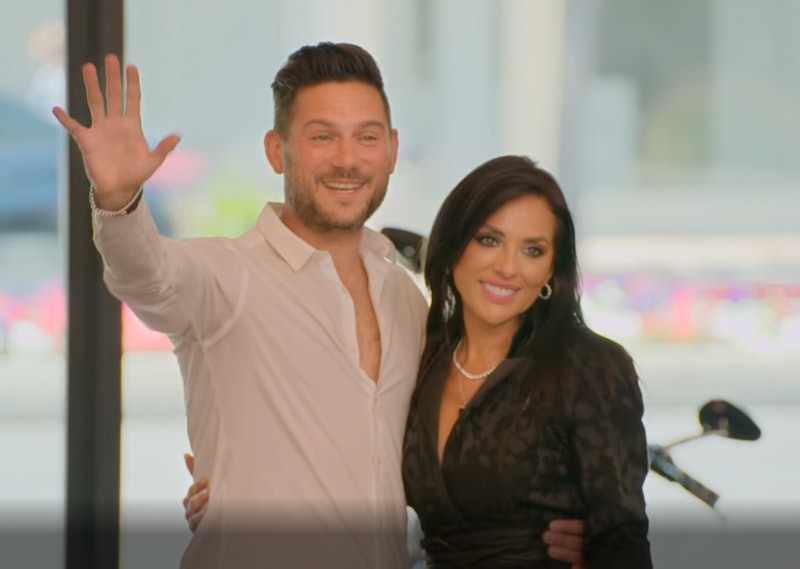 The early days of their love story were captured on Selling Sunset, with fans watching as Vanessa Villela and Nick Hardy (who goes by the name Tom Fraud on Instagram) fell hard for one another. The couple were concerned that the long-distance nature of their relationship may cause a strain, what with Vanessa residing in California and Nick living in his native England. In scenes fans will no doubt remember, Nick visited The Oppenheim Group office in Selling Sunset Season 5 and gifted Vanessa with a promise ring before he went back to England. Shortly after, Vanessa was seen heading to the airport to reunite with her beau.

Off-camera, the couple got engaged in January 2022 and enjoyed a grand wedding at The Fairmont Grand Del Mar in San Diego, California, on Sept. 3. Captured by Brides magazine, Vanessa, who is a TV soap actor in her native Mexico, wore three gorgeous gowns throughout the celebrations. Revealing she put extra thought into the accessories, the reality star said: "I had a surprise gift for my gorgeous husband, which was a heart locket engraved with ‘Forever together’ and our wedding date. Inside, it had a picture of him with his late grandmama, who he loves deeply and one of our first photos together.”

Wedding pictures show Nick holding his hand to his heart when he saw Vanessa on the special day. "Turning around and seeing Vanessa walk down the aisle for the first time took my breath away. I felt like I was going to pass out,” he revealed. “It was beautiful. Thanks to Adrian, my best man, I didn't fall over."

The couple wrote their own vows and released a dove after saying “I do.” Every detail was personal to the couple: even the cake represented their British and Mexican roots, with English fruit cake and tres leches as the flavours. Vanessa ended the night with another surprise for her new husband, performing I Love You Baby live for him in front of the entire wedding party.

Vanessa met Nick, a photographer and creative director, on celebrity dating app Raya in 2020. After a few weeks of friendship, Nick took the leap and travelled to meet his love interest. And the rest, as they say, is history.