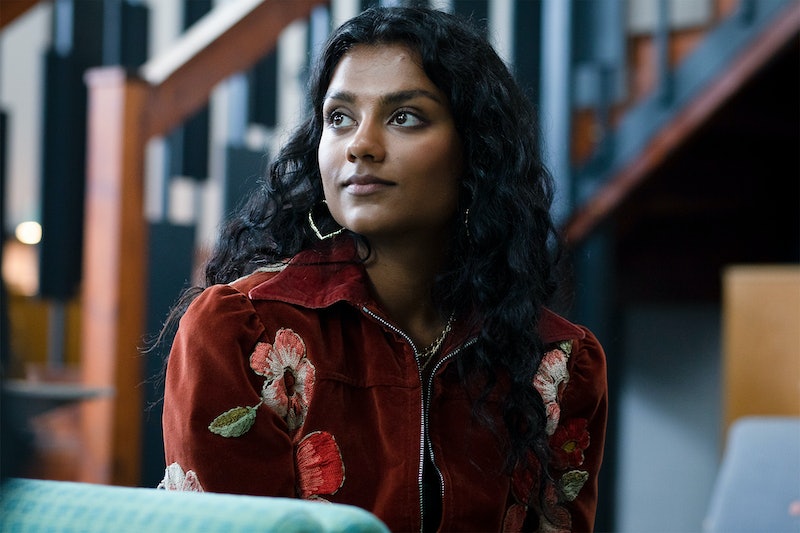 Netflix have announced that Sex Education star Simone Ashley is joining the cast of Bridgerton for season two.

Per Digital Spy, Ashely will join the cast as the female lead for the hotly anticipated second series and appear as Kate Sharma, the new love interest of Anthony Bridgerton. Sharma is based on a character called Kate Sheffield from the second book in Julia Quinn's original Bridgerton novel series, The Viscount Who Loved Me.

Ashely is known for her portrayal of Olivia in Netflix's hit comedy-drama Sex Education and has also previously starred in the long-running BBC medical drama Casualty, ITV's Broadchurch, Pokémon: Detective Pikachu, The Sister, and more.

The period drama's second outing will centre on the eldest Bridgerton sibling Anthony (Jonathan Bailey), who becomes infatuated with new-arrival Kate (Ashely) during his pursuit of a suitable marriage. A statement confirming Ashely's Bridgerton role on Netflix’s official Twitter account read: "Get ready to fall in love with Simone Ashley, who will play Kate in Season 2 of Bridgerton. Kate is a smart, headstrong young woman who suffers no fools — Anthony Bridgerton very much included."

Although a release date for Bridgerton season two is yet to be announced, castmembers have been teasing what fans can expect from the show's sophomore run. Speaking to Vogue, Bailey, who plays the character of Anthony Bridgerton, revealed that series two will continue "pushing boundaries."

"The robust universe that's been set up by Shonda [Rhimes] and Chris [Van Dusen] will just expand, and keep pushing boundaries in a way that's quietly subversive," Bailey told the publication, adding: "There's just going to be more of what everyone loves, I think. There's loads of little Easter eggs for all of the characters. I'll say this: watch out for the bees."

The show's recent renewal was likely welcomed by fans of the Regency-era romance, which, since debuting last December, has gone on to become Netflix's biggest original series to date — attracting a massive 82 million household views so far, Deadline reports.

Bridgerton season one is available to stream on Netflix.