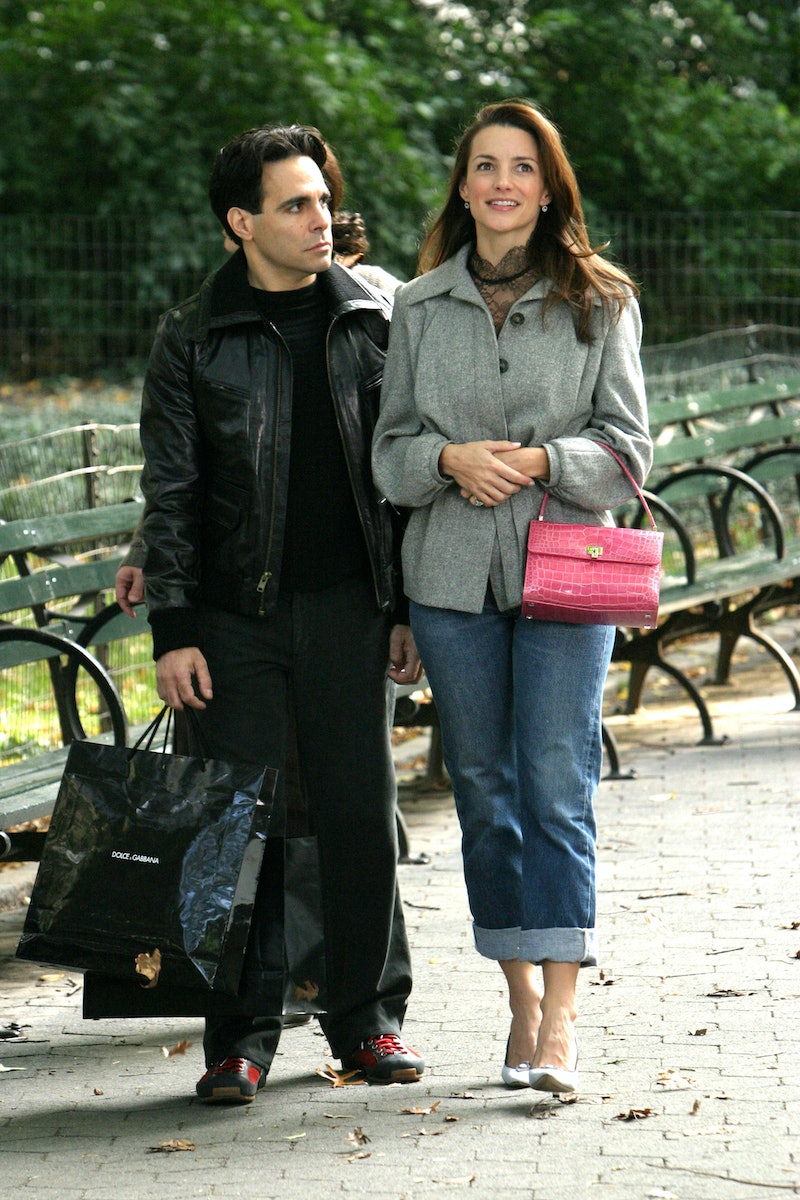 For almost three decades Kristin Davis has played the oh-so-proper, hopeless romantic Charlotte York Goldenblatt in Sex and the City who (eventually) found her happy ending in Harry Goldenblatt. While promoting And Just Like That the actor revealed to the Sunday Times Style that, just like Charlotte, she’s “just terrible at casual sex”.

Davis is appearing alongside Sarah Jessica Parker and Cynthia Nixon in the Sex and the City reboot, which premiered on Dec. 9 and follows the love lives and friendships of the trio. 56-year-old Davis is a mum of two and isn’t married. Her reasoning is seriously relatable: “I don’t have any time,” she told the Sunday Times Style. “I mean, I’m not not dating, but I’m not actively dating.”

While Davis said she isn’t closed off from meeting people, there are certain aspects of modern dating she simply can’t get on board with. “I’m not interested in the small talk; I find it boring. I just want to cut to the deep stuff, and they don’t always want to do that,” she said. “And then, I mean, I’m just terrible at casual sex, OK. Just terrible, like terrible. Which is not to say, in my youth, that there wasn’t … you know, it’s funny too, you look back and you’re like, ‘Did I know that was casual sex?’ I’m not sure.”

When it comes to real life, Davis revealed that there are also differences between herself and her character, particularly relating to the pressure that Charlotte feels to meet someone and get married.

“I feel like people have this idea that you’re done, you’re finished, your world view is done, your friends are done and that your relationships are done. No, no, nooooo,” Davis said. “As a single mum myself, life is not over at all, and it’s so ridiculous that we do not have more representation.”

More like this
Martin Hancock’s Wife Played A Key Part In His Return To 'Coronation Street'
By Catharina Cheung
Ralf Little’s Fiancée Has A *Very* Impressive Resumé
By Sam Ramsden
At 28, Emma Thompson Was Already A Star — But Unhappy In Love, Actually
By Olivia-Anne Cleary
Why Sara Pascoe's Husband Is Familiar To Comedy Fans
By Alice Broster
Get The Very Best Of Bustle/UK