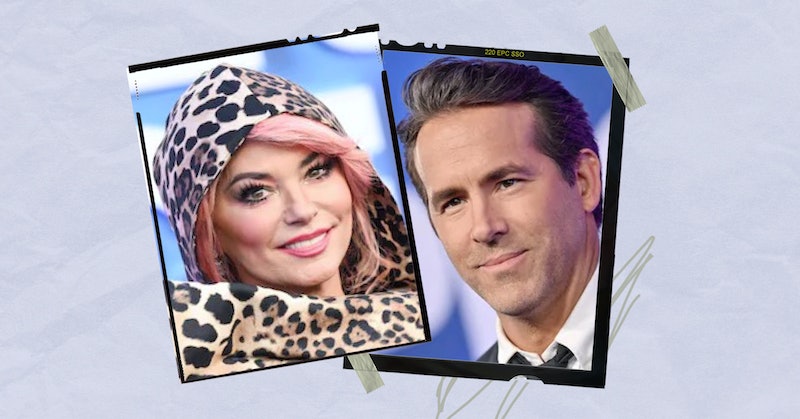 Brad Pitt is no longer the only object of Shania Twain’s disinterest. During her career-spanning performance at the 2022 People’s Choice Awards on Dec. 6, Twain changed the most infamous line of her hit “That Don’t Impress Me Much,” replacing Brad Pitt with another heartthrob. “OK, so you’re Ryan Reynolds? That don’t impress me much,” she sang as the crowd went wild.

The Deadpool star happened to be in the audience at the award show. He busted out laughing at the surprising reference. “Oh my — me?” he mouthed to the camera. Reynolds applauded at the end of Twain’s performance, which also featured her classic hits “Any Man of Mine” and “Man! I Feel Like A Woman,” as well as the new single “Waking Up Dreaming” from her upcoming sixth studio album Queen of Me, due out Feb. 3.

The country legend accepted the Music Icon award, where she gave an empowering speech to fans and thanked the show for “highlighting” her work. “I’m not sure if that’s the right thing to say, but I feel like that’s always my wish to inspire people with my music,” she said.

Reynolds was on hand to receive the People’s Icon award, and returned the favor by joking about Twain during his speech while nodding to his wife Blake Lively’s pregnancy. “It’s going to be a fourth child very soon,” he said. “If it happens tonight while I’m here, I will be looking for a couch to sleep on for a little while. I venture to guess that Shania Twain has an amazing couch.”

In a 2017 interview with Billboard, Twain explained why she chose to rib Pitt on the 1997 hit, recalling when Playgirl published nude paparazzi photos of him and his then-fiancée Gwyneth Paltrow in 1997. The actor sued the publication and successfully made them recall every issue, but it wasn’t a big deal to Twain. “I had a girlfriend visiting me and it was near Christmas and we were baking cookies,” she said. “I was writing this album and there was a scandal of [Pitt] and Gwyneth [Paltrow] where there was naked photos of him, and this was like all the rage. I just thought, ‘I don’t know what all the fuss is about.’ I’m like, well that don’t impress me much. We see people naked every day.”

Twain clarified that she wasn’t picking on Pitt personally and could’ve chosen “any gorgeous guy” to rib, and Pitt just happened to be on her mind while writing the song. Now, Reynolds is apparently her new target. May we suggest her Coachella duet partner Harry Styles next?

More like this
Cruz Beckham Teased New Music With An Adorable Nod To Mom Victoria Beckham
By Stephanie Topacio Long
Britney Spears Shares & Deletes Photos Of Justin Timberlake From 22 Years Ago
By Jake Viswanath
Prince Harry Incorrectly Recites Christina Aguilera’s “Genie In A Bottle” Lyrics
By Jake Viswanath
Twitter Can’t Believe The Madonna Biopic Is Scrapped & Fans Have A Solution
By Alyssa Lapid
Get Even More From Bustle — Sign Up For The Newsletter
From hair trends to relationship advice, our daily newsletter has everything you need to sound like a person who’s on TikTok, even if you aren’t.