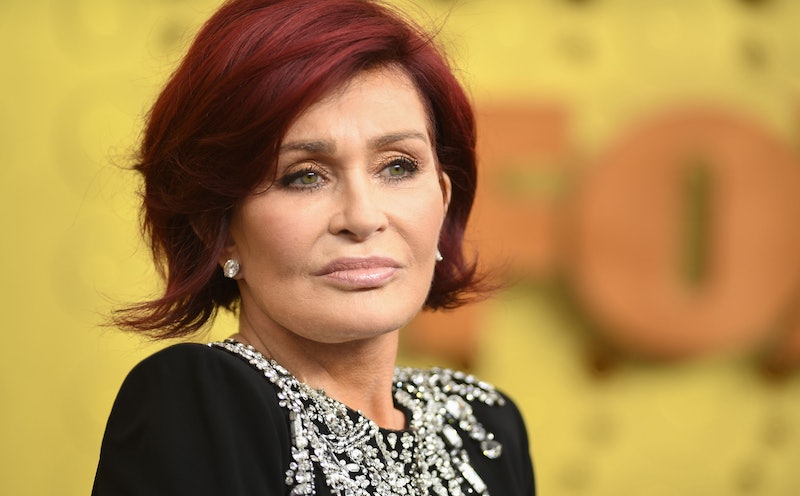 Following The Talk’s much-discussed Wednesday, March 10 episode, CBS is conducting an internal review. In the episode in question, co-hosts Sharon Osbourne and Sheryl Underwood had a heated exchange about Osbourne’s defense of TV personality Piers Morgan after his controversial comments about Meghan Markle and her recent Oprah Winfrey interview. “We are committed to a diverse, inclusive and respectful workplace,” a CBS spokesperson said on March 12, per Variety. “All matters related to the Wednesday episode of The Talk are currently under internal review.”

After CBS released its statement, Osbourne fired back that she’d been “blindsided” by network executives and producers when Underwood addressed her co-host’s controversial tweet defending Morgan. “I blame the network for it,” Osbourne told Variety of the fallout. “I was blindsided, totally blindsided by the whole situation. In my 11 years, this was the first time I was not involved with the planning of the segment.” (A rep for CBS declined Variety’s request for comment on Osbourne’s latest remarks.)

In her Variety interview, Osbourne claimed that The Talk’s showrunners asked her “about eight minutes before the show began” if they could ask about Morgan. “I said, ‘Sure, they can ask me whatever.’ But then I get on there, I say my piece and Sheryl [Underwood] turns around straight-faced, looks at me and is reading from a card with questions,” Osbourne said, alleging that producers told her that their instructions came from CBS executives. “I was just so hurt, caught off guard and stunned by what I was being asked and not prepared. I was honestly in shock. I felt like I was in front of a firing squad. I felt like a lamb held out for slaughter.”

For those who missed the viral exchange, Osbourne explained she’d been accused of racism after tweeting her support for “royalist” Morgan, who questioned Markle’s authenticity in discussing her mental health struggles, on Good Morning Britain. (Morgan subsequently announced he was leaving the ITV morning show, after walking off set on March 9.) "Did I like everything he said? Did I agree with what he said? No," Osbourne said on The Talk. "It's not my opinion. ... I support him for his freedom of speech, and he's my friend." She later told Underwood, “Don’t try and cry 'cause if anyone should be crying it should be me.”

Following the episode, Osbourne addressed the incident in a March 12 statement, explaining she has “deep respect and love for the Black community,” apologizing to “anyone of color that I offended and/or to anyone that feels confused or let down by what I said.” She continued, “I panicked, felt blindsided, got defensive and allowed my fear and horror of being accused of being racist take over. There are very few things that hurt my heart more than racism so to feel associated with that spun me fast! I am not perfect, I am still learning like the rest of us and will continue to learn, listen and do better.”

Underwood, for her part, explained her side of the story on the March 12 episode of her The World According To Sheryl podcast, calling Osbourne a friend. "I thought we were having a conversation like we normally do. But then I got a feeling that, wait a minute, this ain't what it usually is," she explained. "I also got another feeling of, OK, Sheryl, this is time for you to step up into the leadership position. … This is time for you to show what you're made of, and in a personal way. No matter what somebody says about you, I can show you something better than I can tell you."

Former Talk co-host Holly Robinson Peete later accused Osbourne of racism in a March 12 tweet. “I’m old enough to remember when Sharon complained that I was too ‘ghetto’ for #theTalk...then I was gone,” she wrote. “I bring this up now bc I was mortified watching the disrespectful condescending tone she took w/her co host who remained calm & respectful because...she HAD to.” Osbourne responded to Peete’s accusations to Variety, saying, “It’s an absolute lie—a 110 percent lie.” She added that she “cannot have anyone fired” and that the word “ghetto” is not in her vocabulary.

Hopefully CBS’ internal review will clear some things up.