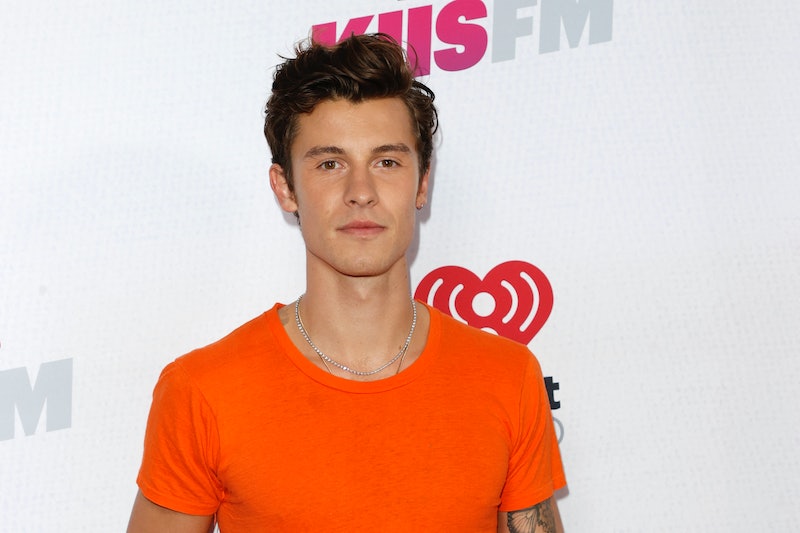 Just seven stops into his Wonder world tour, Shawn Mendes is taking a break from the road to focus on his mental health. The “In My Blood” singer announced in a July 8 Instagram post that he’s unfortunately “going to have to postpone the next three weeks of shows ... until further notice,” noting that it broke his heart to do so.

“I’ve been touring since I was 15 and to be honest it’s always been difficult to be on the road away from friends and family,” the 23-year-old musician explained. “After a few years off the road, I felt like I was ready to dive back in, but that decision was premature and unfortunately the toll of the road and the pressure has caught up to me and I’ve hit a breaking point. After speaking with my team and health professionals, I need to take some time to heal and take care of myself and my mental health, first and foremost.”

Mendes, who promised he would let fans know “as soon as there are more updates,” kicked off the tour in support of his 2020 Wonder album in Portland, Oregon, on June 27. As of publication, concerts through his July 29 Uncasville, Connecticut, stop will be postponed, and the tour is scheduled to resume on July 31 in the singer’s hometown, Toronto, Canada. The 50-city North American leg of the tour is slated to wrap in Newark, New Jersey, on Oct. 26, with a European leg launching in May 2023.

After his first show in Portland, Mendes shared in a June 28 Instagram caption that he was “smiling so much” that he thought his “cheeks were gunna pop.” He also wrote that Vancouver was “really fun” on July 3, and, just one day before his postponement announcement, he thanked fans for “an incredible start” to his tour. Writing that he was excited to have Disney+ sponsor his tour, he shared that he was working with the company to grant wishes to patients in children’s hospitals he plans to visit around the United States. Meanwhile, Mendes is donating $1 per ticket sold in North America to youth activists through his foundation, and is including a “Social Impact Village” at each stop to raise awareness for social issues, including climate change and mental health equity.

Mental health is something Mendes has candidly discussed with fans in the past. In one April tweet, the musician opened up about living his truth, while admitting he was afraid some people “might think less of” or “become bored of” him, if people “know and see the truth.” Sharing that he either hides or puts on a show in those “moments of feeling low,” Mendes also talked about feeling “overwhelmed and overstimulated” and a “struggle” with taking people’s opinions to heart. “The truth, in current form is a 23 year old who constantly feels like he’s either flying or drowning,” he added. “Maybe that’s just what it is to be in your 20’s idk, or maybe that’s just me. ... The truth is even with so much success i still find it hard to feel like i’m not failing.”

In a follow-up tweet, however, he assured his followers that he was “honestly so okay” and just wanted to communicate with them in a “real honest way.” He added that “with all of the blessings he has,” he imagined that “there must be so many people feeling this” and he didn’t “want them to feel alone.”

Prior to that, Mendes wrote in a December Instagram post that he was having a “hard time with social media at the moment” while promoting his song “It’ll Be Okay,” which he released weeks after his split from Camila Cabello, his girlfriend of over two years. At the time, he reminded fans that there’s “some truth” in the song’s message, and “there lies honesty in it.”

More like this
Tom Holland Explained His Social Media Break & Shared Mental Health Resources
By Grace Wehniainen
Who Is Camila Cabello Dating? She's Getting Cozy With Lox Club CEO Austin Kevitch
By Radhika Menon
Taylor Swift Wanted To Be In 'Twilight: New Moon,' According To Its Director
By Grace Wehniainen
Britney Spears’ Comeback Song With Elton John Will Be Her First Single in 6 Years
By Jake Viswanath
Get Even More From Bustle — Sign Up For The Newsletter