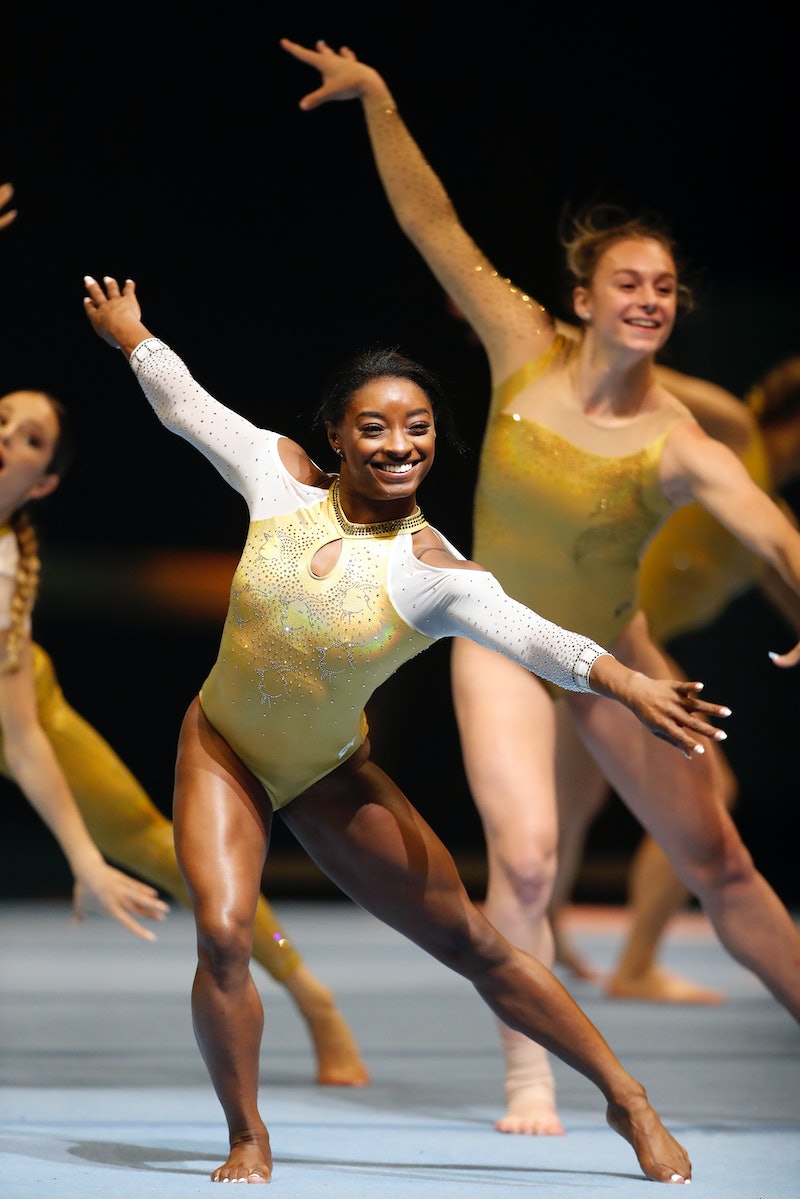 Simone Biles is a seven-time Olympic medalist — and she’s still a Wildcat at heart. Amid her travels across the United States for her Gold Over America Tour, the celebrated gymnast found time for a pit stop at East High School, the famous setting of the beloved 2006 Disney Channel original movie High School Musical. Biles posted a photo of herself in front of the Salt Lake City school on Instagram on Saturday, Oct. 2, captioning it, “Once a wildcat, always a wildcast.”

It turns out the two-time Olympian isn’t the only HSM fan on her tour. She was joined by her tour mates Ellie Black, a world medalist who competes for Canada, and dancer Emily Bartlett. Sharing more of their visit in her Instagram stories, Biles wrote, “troy bolton where you at?” over footage of the exterior. She also showed how lucky the Wildcats would have been to have her dancing and cheering alongside them by doing a toe touch in front of the building.

Many of Biles’ followers were just as excited about her High School Musical moment as she was. Her fellow HSM fans flooded her with replies, with one writing, “All my wildcats check in here.” Others described her visit to the school as being a “dream,” and still others quoted the movie by saying, “What team?”

Black also documented their visit on her Instagram. The Canadian gymnast shared a photo of the trio outside East High, plus a video of her and Bartlett dancing to “We’re All in This Together.” Best of all? The dance video featured choreography from the musical. Fellow Olympic gymnast Laurie Hernandez replied, “YES,” while 2017 world all-around champion Morgan Hurd wrote, “iconic.”

Adorably, Biles has been open about her love for HSM for years. During her historic run at the 2016 Rio de Janeiro Games, she copped to having a huge crush on star Zac Efron — to the point that she had a life-size cutout of him in her bedroom. After a Twitter exchange, she finally got to meet him, thanks to some help from the Today show. Biles posted a clip of her posing with the real Efron and giving him a kiss on the cheek that August, captioning it, “On cloud 9.”

More recently, the Gold Over America Tour kicked off on Sept. 21, less than two months after Biles returned home from the Tokyo Olympics with two medals (a silver and a bronze). Although her second Olympics was not what she expected after a case of the “twisties” kept her from being able to compete in most of her events, she shined a light on mental health and is rightfully proud of what she was able to accomplish. Her tour is “a celebration of powerful female athletes,” according to its website, and it features Biles alongside an all-star group of gymnasts, such as her Tokyo teammates Jordan Chiles, Grace McCallum, and MyKayla Skinner.

“I love the sport of gymnastics and wanted to help create a show that celebrates the pure joy of performing,” Biles said on the GOAT website. The tour appears to be offering a lot of that joy, from the shows themselves to the stops in between.