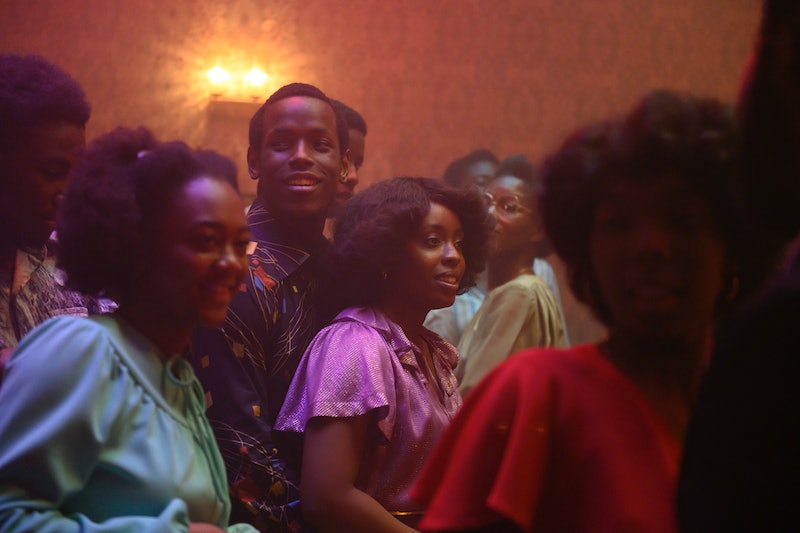 BAFTA-winning filmmaker Steve McQueen's first Small Axe film aired on BBC One on Sunday Nov. 15 and it's safe to say it left viewers in their feelings. He has directed five new films exploring the Black experience in Britain and the latest is set to be a celebration of Black music. Ahead of its release this Sunday (Nov. 22), the Lovers Rock trailer teases a fictional story of romance and music at a house party in 1980. And we can't wait...

Following the premiere of McQueen's powerful Mangrove 9 episode— which tells the true story of the 1970s Mangrove protests – the Lovers Rock trailer dropped today (Nov. 16) and appears to bring with it a noticeable change of pace.

For any British-born West Indian, the trailer's acapella soundtrack is instantly recognisable as a rendition of Janet Kay's 1979 reggae hit Silly Games. The short trailer also features other staples of the Black British experience, from steaming hot combs pulling through afro hair to mothers cooking food from large dutch pots and friends dancing to reggae with music blasting through the kitchen radio.

According to a statement sent to Bustle from the BBC, the film mostly takes place over one night at a London house party in 1980, and "perfectly captures the ritual of young love at Blues parties."

"It's is an ode to the romantic reggae genre 'Lovers Rock' and to the youth who found freedom and love in its sound," the statement continues.

From the set design to the "right threads," the details were very important to McQueen and the Small Axe team. Working with novelist and playwright Courttia Newland (The Gospel According to Cane, Family Room), McQueen drew upon his own experience of West Indian blues parties when writing the fictional love story.

“I remember stories my aunt would tell, she wasn’t allowed to go to these parties, but my uncle would leave the backdoor open for her so she could go to the Blues," he shared ahead of the film's debut. "They lived in Shepherd’s Bush, which is next door to Ladbroke Grove. She’d sneak off to Ladbroke Grove which is where the dance was, and then come back in the morning and have to go to church. It was like Cinderella!”

The West Indian blues parties were considered a sanctuary for people in the community, and the Small Axe team hopes the Lovers Rock film brings back many happy memories.

“For me, this is my musical,” McQueen said. “This is the musical I’ve always wanted to do. And with Courttia’s history and my history, it was a great collaboration.”