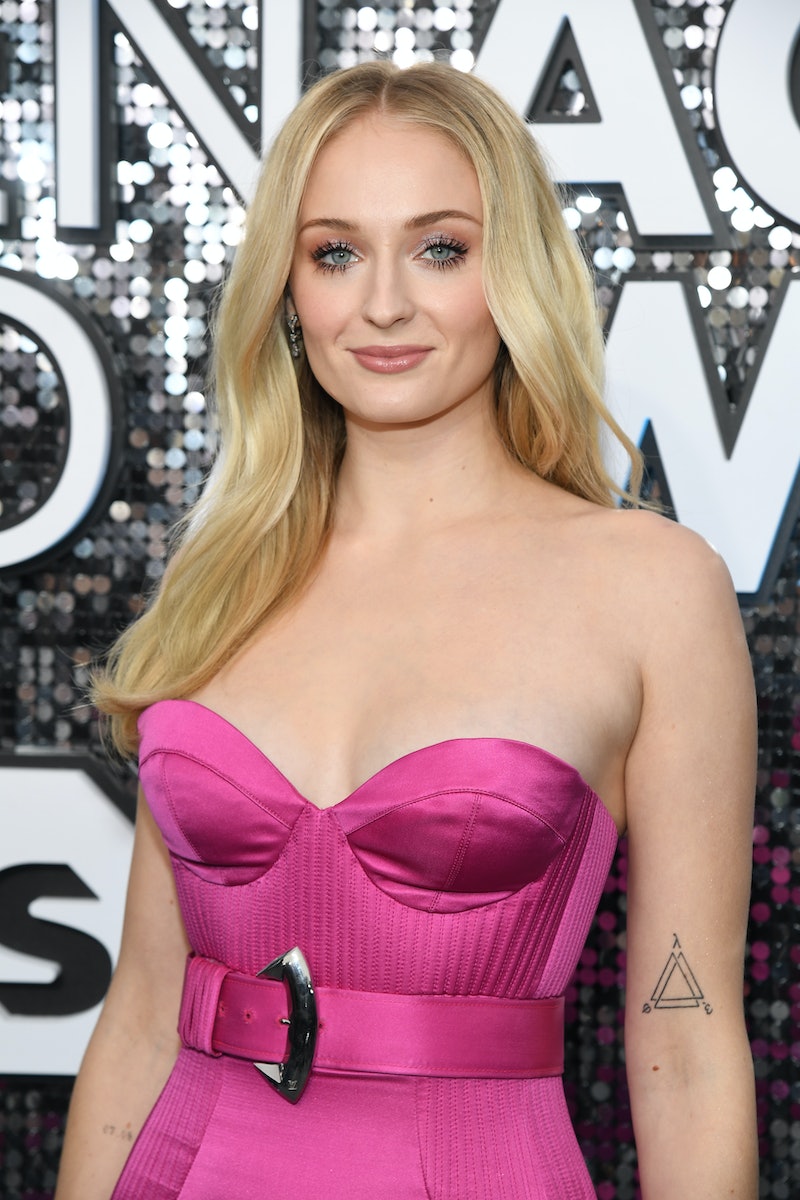 These two new mothers just get each other. Sophie Turner had a supportive message for Blake Lively after she shared her post-baby body insecurities, calling the actor "a Khaleesi" for being candid about her experience. Turner was responding to Lively's Instagram Story, in which she opened up about feeling frustrated with the fashion industry after giving birth to her third child. The Simple Favor star revealed that she had to style her own outfit for an appearance on The Tonight Show With Jimmy Fallon in 2020, saying that "no one had samples that fit me after giving birth."

Lively called the lack of designer options "alienating and confusing." The former Gossip Girl star went on to add that she's more confident now, and wishes she had appreciated what her body was capable of. "That body gave me a baby. And was producing that baby's entire food supply. What a beautiful miracle," Lively wrote on Instagram. "But instead of feeling proud, I felt insecure. Simply because I didn't fit into clothes." She added: "How silly is that in retrospect?"

Turner, who is married to Joe Jonas, gave birth to the couple's first daughter, Willa, in July 2020. Lively's words resonated with the Game of Thrones star, who shared a post with the quote from E! on her Instagram Story, commenting: "Yes @BlakeLively one more time for the people in the back!!!” The star also included a sticker that read "Not a Queen, a Khaleesi."

On Sunday, Lively responded to Turner's supportive message on Instagram, sharing a prayer hands emoji and writing: "Queen of the North everyone." In her original post, Lively was also sure to shout out influencer Katie Sturino and others who are "out there challenging brands to do better, helping women to not feel alone."

Lively welcomed her third daughter, Betty, with Ryan Reynolds in 2019. The couple also have two other daughters, James, 6, and Inez, 4. This is far from the first time Lively has been open about the realities of parenting. In January of 2020, Lively discussed having three kids under 6 on The Today Show, saying "It's like going from two to 3,000." She continued: "People say going from two to three, it's the same, you know, it's kind of easy. Those people do not have three kids."