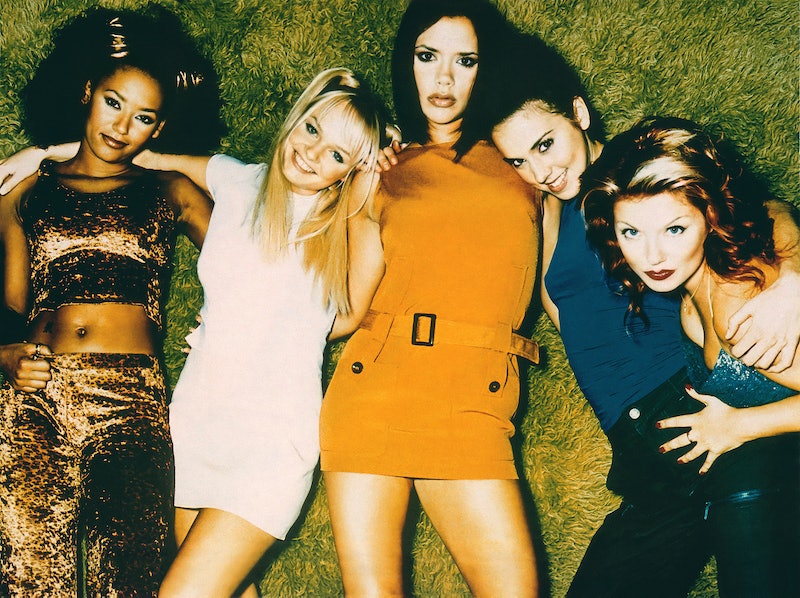 Released 25 years ago, the Spice Girls dropped their multi-platinum-selling sophomore album Spiceworld. Boasting hit singles such as “Spice Up Your Life” and “Stop,” the release further propelled the band to international superstardom and became known as a pop music phenomenon, selling more than 14 million copies worldwide. Now, a quarter of a century after its release, the Spice Girls are celebrating 25 years of Spiceworld with a new and expanded version of the album.

Curated by the iconic British girl band themselves, Spiceworld 25 will combine the original chart-topping tracklist with some of their favourite bonus tracks, B-Sides, and some previously unreleased recordings taken from the group’s archive.

“The Spiceworld era was such a fun time for us; we’d just had a number one album with Spice, we were travelling all over the world and meeting our amazing fans, we released our second album AND we had our very own movie! Who would’ve thought it? It’s crazy to think that 25 years have passed,” the band said in a statement.

Highlights of the commemorative release include live recordings from the Spice Girls’ 1998 world tour, a 15-minute party megamix, an “ambient” new remix of “Viva Forever,” and the fan-favourite bonus track “Step To Me” — which has been released along with a brand new lyric video.

And as an extra surprise, the beloved five-piece have now released a new alternative music video for “Spice Up Your Life” – compiled from unseen shoot footage that never made it into the iconic 1997 cut. While the original music video showed the Spice Girls flying around in a futuristic spaceship and thwarting a shady criminal mob, the new alternative version is much more colourful, and brings the incredible archived footage up to date with the help of remastering expert (and incidentally, Steps’ video archivist) Chris Fox.

Spiceworld 25 will be released on Nov. 4 and is currently available to pre-order. The special anniversary edition also comes in four different formats, including the digital deluxe edition, 2CD and hardback book, 2LP deluxe edition, double cassette, picture disc, and clear vinyl. A range of merch is now live on their official online shop to celebrate the big anniversary.

This isn’t the first time the legendary girl group has celebrated their legacy. In 2021, Mel B, Mel C, Posh, Baby, and Geri delighted fans by marking 25 years of their debut album Spice, and their first-ever single “Wannabe” with multiple special releases.

Spiceworld 25 is released on November 4.