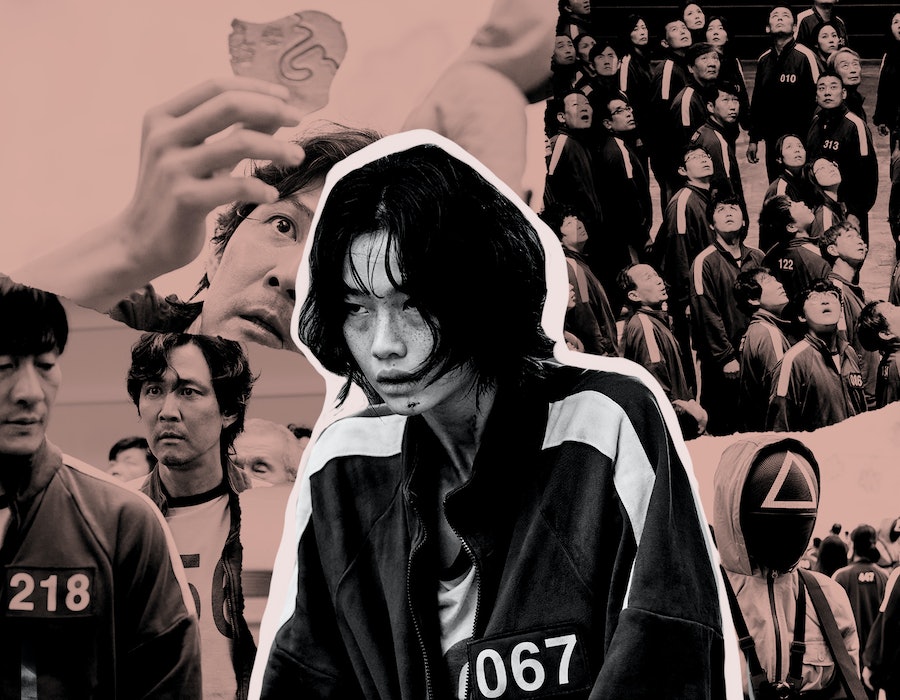 Like most of the world, I have spent the past week or so absolutely devouring a television show about hundreds of people competing in quirky games to the death. I’m speaking, of course, of Squid Game, the South Korean phenomenon about a secret island where poor people get the chance to win billions of won if they survive a series of six modified children’s activities—“modified” in the sense that if you lose, you are brutally shot in the face (or sent plummeting to your death — it’s usually one or the other).

The show, with its mix of unpredictable violence alongside Wes Anderson pastel visuals (Daniel Kibblesmith on Twitter dubbed it “Battle Royale Tenenbaums”) captivated viewers, me included, but it did leave me with several important questions. Questions like, “how much is a billion won in US dollars,” but also questions like:

Why Aren’t There More People Looking for Their Missing Relatives?

Early on in the series, we’re introduced to the very handsome policeman Hwang Jun-ho, who’s looking for his missing brother. He follows the thread of the Squid Game calling card and ends up infiltrating the organization. But given that he was never given a plausible explanation for where his brother went in the first place (nor was Jun-ho’s brother’s landlord), why aren’t there more Jun-hos, trying to figure out what happened to their loved ones?

I know plenty of Squid Game contestants are drifters, or have substance abuse issues, or are people otherwise detached from family or society, but for a lot of them, family is the only reason they’re doing the Squid Game in the first place — to make money to support them. Out of 500 or so contestants, I think we can safely assume at least 150 of them have family members they’re in semi-regular contact with? Why aren’t those family members raising the alarm as soon as the Squid Game starts? Their loved ones have been missing for days!

I understand that after the first false reset of the games, our protagonist, Seong Gi-hun was laughed out of the police department. But would the police really laugh out, say, 100 local people all reporting that someone they know was abducted on the exact same day?

Well, you might be asking, maybe they told them they were off doing the Squid Game. Well that raises even more questions! And that brings me to my second point:

Why Don’t More People Know About the Squid Game?

I understand that some contestants, like the former investment banker Cho Sang-woo would be too embarrassed to tell his family that he’s doing a sketchy underground game because he desperately needs money. But out of the, say, 150 contestants with families, some of them are probably open with their loved ones about their financial troubles! After that first subway slap-game of ddakji with the incredibly handsome stranger, why didn’t everyone come back to their houses and be like, “Okay, you’ll never guess what happened today. This super hot dude played a children’s game with me and slapped me a bunch, but also gave me money? And he invited me to some secret game? Here, look at this weird card he gave me!” Hell, why aren’t there pictures of the Squid Game card all over twitter? You’re telling me no one tweeted about a stranger approaching them and paying them to play ddakji and also slapping them? That’s a wild story!

I also remind you that up until this point, none of the competitors knew that the game they were playing in was deadly, so the stakes aren’t quite as high. Remember? They’re all surprised when the guns start firing during Red Light, Green Light. Up until this point, it’s just a wild story, and there’s no reason that at least 75 contestants wouldn’t have left for the games by saying, “Okay honey, I know money’s tight, but I’m going to go take this mysterious offer to try something weird to see if it helps. See you in a few hours, probably?”

Why Did They Have to Knock Them out Unconscious to Change Them into Their Tracksuits?

I know that they have to keep the location of the Game a secret, and they needed to empty their pockets or whatever, but “dramatic effect” is the only reason the Game employees didn’t wake people up when they got to the barracks and go like, “Hi, here’s a tracksuit in your size, go put it on.” Are the girls in bras? Let then put their clothes on themselves, Faceless Representation of the Dehumanization of Capitalism!

How Bad Does That Dorm Room Smell?

The Squid Game lasts, what, at least a week? And it seems like in that week, no one is changing their clothes, brushing their teeth, showering, or washing their face. And that’s not even pointing out that multiple people are pissing and/or shitting themselves in fear near regularly. It must smell really, really bad in there. This is less a question and more of an observation.

When the Guards Leave the Squid Game, What Do They Tell Their Friends and Family They Were Doing?

Do they say that their summer job was murdering people in a baroque facsimile of one rich guy’s childhood, or do they lie and say they were working at an ice cream place somewhere?

What Are the Guards Doing When They’re Not Squid Gaming?

Their rooms didn’t have TVs or books or anything. They can’t be working literally 24/7. Is there a fun guard hangout area? How are these people so loyal to an organization that forces them to be bored out of their minds most of the time? I guess once you pass basic gun training and “not caring about human life 101” they also request that you get very into meditation?

Do You Have to Pay Taxes on Your Squid Game Winnings?

Probably, right? What do you do if you get audited? What do you tell the government you got the money from? People had to pay taxes on the cars that Oprah gave them on her show. I don’t really know much about South Korean tax law, but I mean, you have to be able to put something on your forms when it comes to new gifted income.

Look, I don’t actually want this fun television show to get into the nuances of taxation brackets. That’s boring. Also, I get that the whole show is a metaphor for capitalism and the way in which human bodies become the fuel to sustain an inherently violent machine that dehumanizes and humiliates some people for the entertainment and enrichment of others, and that metaphor doesn’t necessitate the same level of detail as a project concerned with realism, but — on the other hand — my broken brain will yell at me every time something doesn’t really make sense.

More like this
'Succession' Season 4 Will Be An "Absolute Banger" According To Cousin Greg
By Bustle Staff
'The Last Of Us' Has Officially Been Renewed For Season 2
By Darshita Goyal
'Abbott Elementary' Fans Probably Missed This 'Parent Trap' Easter Egg
By Sam Ramsden
9 Time Catherine Cawood Was An Absolute Badass In Happy Valley
By Sophie McEvoy
Get Even More From Bustle — Sign Up For The Newsletter
From hair trends to relationship advice, our daily newsletter has everything you need to sound like a person who’s on TikTok, even if you aren’t.