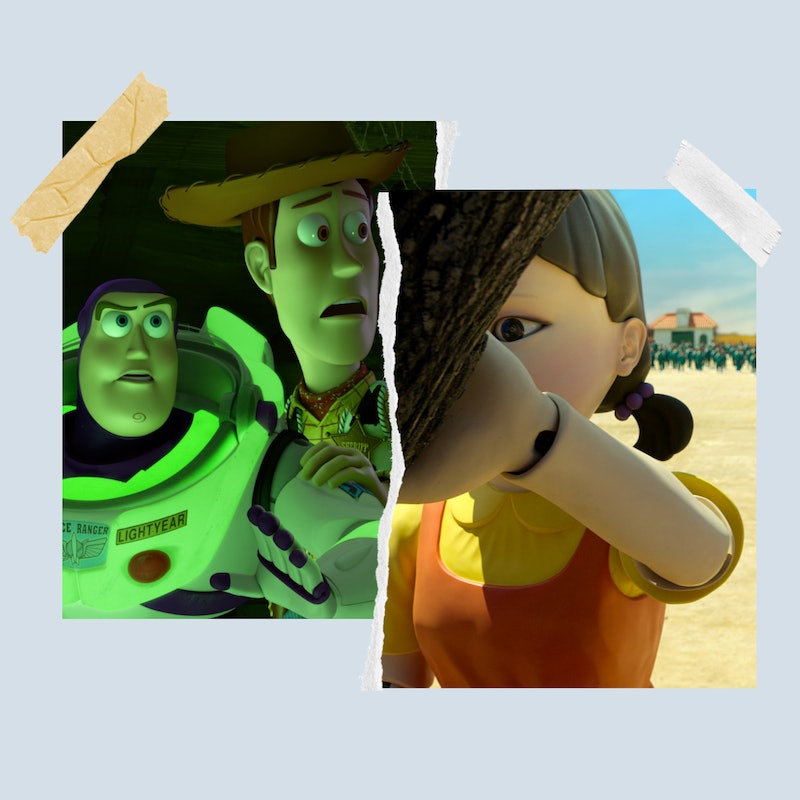 For weeks now, the global entertainment industry has been dominated by a single project: Squid Game. Netflix’s massively popular South Korean drama series premiered in mid-September and has since reached No. 1 in at least 90 countries on the streaming platform, putting it on track to become perhaps the most-watched original piece of programming in Netflix history. Millions of fans know the precise scene when things go from odd to downright insane — the scene when hundreds of contestants play the gruesome grownup version of Red Light, Green Light.

The moment from Episode 1 stands out as one of the most shocking and memorable TV scenes in recent memory, and now it’s been turned on its head in a short “Sid Game” parody starring beloved Toy Story characters. In his creation, animator Mark Cannataro replaces the cash-strapped Squid Game players with Toy Story characters, and the gang’s all there. The little green Army men have turned evil, Mr. Potato Head doesn’t quite make it past the finish line, and Bo Peep keeps Woody from falling, saving him from dying similar to what happens in the show.

Uploaded to YouTube and Instagram by Mark Cannataro Films, this take on the game is a lot less violent than Squid Game’s version, but the parody still does ruin some childhood memories.

Cannataro describes himself on his YouTube page as someone who creates videos that “would entertain my 6-year-old self,” though hopefully most children haven’t seen Squid Game. Uploaded on Oct. 7, the clip has already accrued tens of thousands of plays, and it is quickly going viral, much like the unstoppable Netflix phenomenon. The visual is performing even better on the artist’s Instagram page, where it has already been played nearly 200,000 times.

Worldwide interest in Squid Game has progressed far beyond the series itself, and now anything and everything connected to the show has gained popularity. The stars of the series have all become Instagram celebrities, with some gaining millions of new followers in less than a month. Snippets from the bloody series have even influenced trends in beauty and cooking, and everyone is wondering if there will be a second season at some point.

More like this
Shonda Rhimes' Net Worth Makes Her One Of The Wealthiest People In TV History
By Hugh McIntyre
The ‘Emily In Paris’ Season 3 Release Date Is Here, Plus The First Footage
By Bustle Staff
How Much Are The 'Schitt’s Creek' Stars Worth?
By Hugh McIntyre
‘SNL’ Finally Spoofed Nicole Kidman’s Weirdly Beloved AMC Ad & Nailed It
By Stephanie Topacio Long
Get Even More From Bustle — Sign Up For The Newsletter