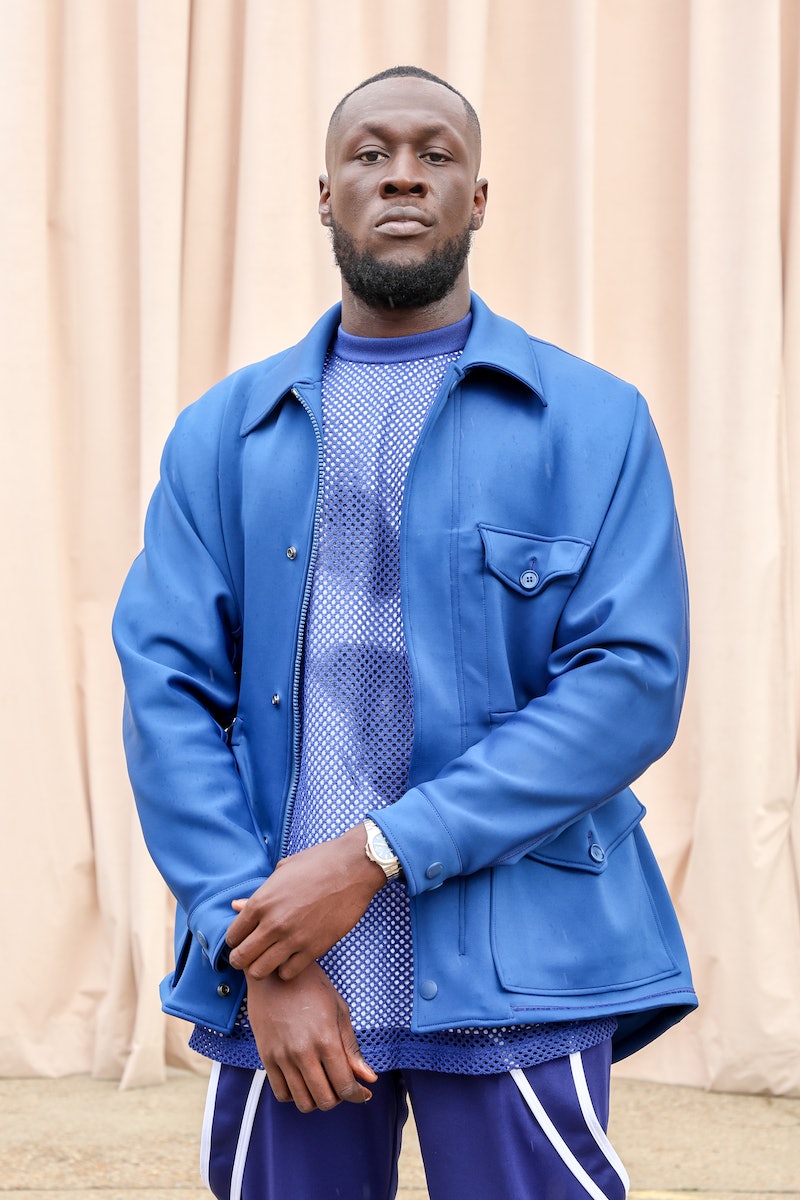 Hot off the heels of his “Mel Made Me Do It” music video reveal, Stormzy proudly accepted the award for Diversity Champion at the AIM Independent Music Awards on Sept. 28. The rapper was recognised for the work he does through his charities Merky Foundation and Merky Books. And Stormzy used his pre-recorded acceptance speech as an opportunity to highlight the vast inequalities that still exist at the core of the music industry.

“I encourage everyone in the room today to not just use diversity as a buzzword, but for you lot, whatever position you’re in, whatever role you play, to really be a driving factor for it and not just see it as a quota or as a box to tick,” the 29-year-old said. “Really see the worth and the value in being diverse. Thank you to the AIM Awards and God be the glory.”

According to the latest diversity report by UK Music, the number of people from Black, Asian, and other ethnic minority communities is increasing, particularly among entry-level roles. At the higher levels, however, these groups occupy just one in five senior posts.

Meanwhile, Stormzy continues to make a difference with his service work. In June 2020, he set up the Merky Foundation and pledged a staggering £10m to charitable causes over the next decade. It currently supports the Black Heart Foundation, an organisation which works to improve access to higher education for under-represented children, and partners with Cambridge University to award £20,000 scholarships to Black students.

The rapper also teamed up with publisher Penguin Random House UK back in 2018 to launch his #Merky Books imprint. “We are home to bold voices from untraditional spaces that are inclusive and intersectional,” reads the imprint’s website. “We exist to break down barriers in the publishing industry, and we bring books to life in an exciting way.”

So far, the award-winning #Merky Books has landed memoirs by Children’s Laureate and Noughts & Crosses author Malorie Blackman, and the Olympic champion Caster Semenya, and invests in emerging voices with the New Writers’ Prize.

Stormzy’s trophy, and all other trophies awarded by AIM on the night, carried the symbol for Autistic Pride Day. "Neurodiversity is a subject close to AIM's heart, with several neurodiverse members in the team, the wider community, and our families," said the organisation’s CEO Paul Pacifico, opening the night. "Music can and should be a safe and enabling environment for people who think and experience the world differently."

Meanwhile, Stormzy also spoke at a recent protest following the death of Chris Kaba, an unarmed Black man who was fatally wounded by the Metropolitan Police on Sept. 5. “Just keep going because the family needs you,” the musician told the crowd.