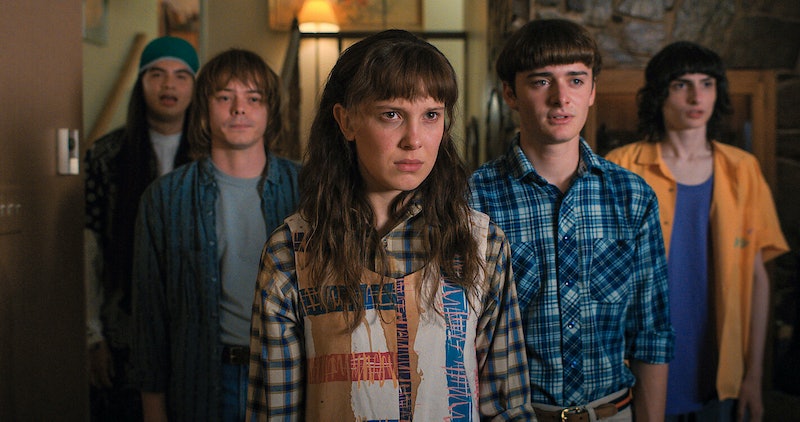 Spoilers ahead for Stranger Things Season 4. Stranger Things 4 Volume 2 just arrived on Netflix, and the thrilling if also heartbreaking pair of episodes marks the end of one of the series’ best seasons. While Season 4 delivers a satisfying ending, it does leave fans with an open-ended finale that spells impending doom for the people of Hawkins. The curtain separating the Upside Down and Hawkins has fallen, and the fate of Sadie Sink’s Max hangs in the balance. But viewers can rest easy knowing that the series will resolve its remaining mysteries in the near future. Just how soon that may be is hard to say, but that doesn’t mean we can’t channel Nancy Wheeler’s investigative skills and gather answers to our most pressing Season 5 questions. Here is everything we know about Stranger Things’ final season so far.

Netflix has not revealed exactly when Stranger Things Season 5 will premiere, and considering the scope and ambition of Season 4, it seems like the show’s creators, The Duffer Brothers, need ample time for production. With that said, the long break between Seasons 3 and 4 also makes predicting a Season 5 release date a little difficult. Season 1 debuted in July 2016, and Season 2 dropped in October 2017. Two years later, Stranger Things 3 premiered in July 2019, only for audiences to then wait a whopping three years for Stranger Things 4 in June 2022.

However, fans will likely not experience as long of a delay for Season 5. Matt Duffer explained to TVLine that while the cameras aren’t rolling just yet, their plans are in place. “I’m not sure we’re ready to say yet a start date for shooting. But a lot of it is pretty well mapped out,” he said. “We learn a lot every time we make a [season]. We’ve learned a lot just working with all of our new actors and the ones that we’ve worked with for a long time over this year [making Season 4], so I’m sure it’ll change a little bit from that outline.” Matt Duffer said they’re taking their time to get things right. “The ending is the hard thing,” he added. “That’s obviously the stressful thing. We really want to stick the landing.”

According to Ross Duffer, the original plan was to shoot Season 4 and 5 back-to-back, but that wasn’t feasible. “I’m sure we will do a time jump,” he told TVLine. So, when the show does return in 2023 — or 2024 — you can expect a lot to have changed to Stranger Things’ characters. As for the release schedule, Peter Friedlander, Netflix’s head of scripted series for the U.S. and Canada, told Variety that Season 5 will be released all at once. “For the fans of Stranger Things this is how they’ve been watching that show,” he said. “I think to change that on them would be disappointing.”

Fans can expect Season 5 to pick up on any loose ends left open at the end of Season 4. Vecna is still alive and somehow has a connection to Will, which will likely come in handy when the villain decides to reemerge and exact his revenge. Hawkins, itself, is in disarray, with the small town now merging with the Upside Down, and Sadie Sink’s Max is left in a coma after Eleven may or may not have saved her from dying.

If any of these lingering mysteries are solved, that remains unclear at this point. But the Duffer Brothers confirmed they have some big plans in store for the show’s upcoming and final season. Per Digital Spy, the next season will pack an emotional punch. "We do have an outline for Season 5 and we pitched it to Netflix and they really responded well to it," said Matt Duffer. "I mean, it was hard. It's the end of the story. I saw executives crying who I've never seen cry before and it was wild."

As Ross Duffer revealed, there will be “less ramp-up” in Season 5, and it’ll be “pedal to the metal from the opening scene” in Season 5. Runtimes won’t “be as extreme,” Matt Duffer told The Hollywood Reporter. “We’re trying to return to the simplicity of the structure in season 1, with bigger scale and scope,” he explained. “Except for the finale, which I’m expecting will be pretty massive.” If that’s the case, keep a box of tissues close when Season 5 drops on Netflix.

Though there isn’t a scheduled release date, the writers already began planning the final season. They recently posted a photo to Twitter that shows Season 5 episode plan. (It’s empty, for now.) As for the runtime of each episode, Matt Duffer told The Hollywood Reporter, “I don’t think the runtimes will be as extreme in Season 5,” during an interview in August. “We’re trying to return to the simplicity of the structure in Season 1, with a bigger scope.” However, that won’t stop the Duffers from trying to top themselves in the final season. “We want to take big swings,” said Ross Duffer, in that same interview. “You have to for the shoe to continue to grow.”

The Duffer Brothers called Season 4 their “Game of Thrones season.” On the eve of the finale, fans emotionally prepared themselves to say goodbye to some of their favorites. The final episodes had us saying goodbye to Matthew Modine’s Dr. Martin Brenner and new fan-favorite Eddie Munsen, played by Joseph Quinn. But not everyone who dies in Stranger Things stays dead. Hopper came back after viewers were convinced the sheriff had met his demise. Stranger Things is a fantasy series, after all, and in this magical world, anything could happen.

This post will be updated as more Stranger Things Season 5 details become available.