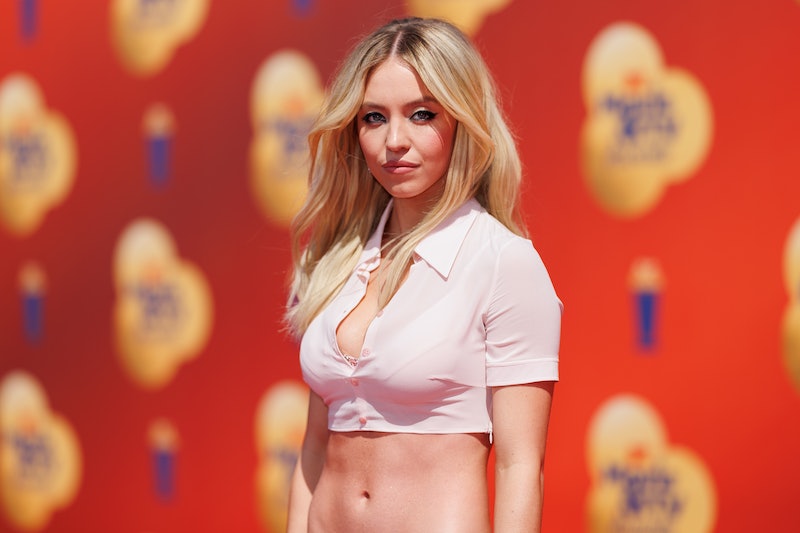 Sydney Sweeney has never ever been happier. After her turn in HBO’s The White Lotus as the mocking Olivia Mossbacher, one of the rich vacationers in the satirical mystery series, she captivated audiences in Season 2 of Euphoria. Week after week, Euphoria fans wondered whether Sweeney’s Cassie Howard would finally incur the wrath of her best friend Maddy (Alexa Demie) for sleeping with her ex-boyfriend Nate Jacobs (Jacob Elordi). Now, as of July 12, Sweeney is a first-time Emmy nominee after earning two nominations for Supporting Actress in a Drama Series (Euphoria) and Supporting Actress in a Limited Series (The White Lotus).

Sweeney reacted to her Emmy nominations on Instagram.Aside from sharing pics in character as Cassie and Olivia, the 24-year-old actor also shared a video of what she did when she found out about the nominations. Sweeney picked up the phone to call her mom, who instantly greeted her with a booming “Congratulations” the moment she picked up.

While the rest of the short phone conversation between them remained private, Sweeney oscillated between crying and giggling while listening to what her mom was telling her. “Thanks, mom,” she said at one point. Sweeney cut the call short after congratulatory messages and calls started trickling in. “Hold on, everyone’s calling, I’ll call you right back,” she said.

In the accompanying caption, Sweeney thanked the Television Academy for the “honor.” “What a morning! thank you so much to the @televisionacad for my emmy nominations! It’s an honor to know that both Olivia and Cassie have connected with so many. I’m so proud of both these shows and grateful to everybody that’s been apart of them,” she wrote. “But most importantly mom, I love you, we did it through the ups and downs!🥺♥️🥰 thank you thank you!!”

Mike White’s The White Lotus received 20 nominations with several stars of the ensemble cast also getting Emmy nods. Jennifer Coolidge, Natasha Rothwell, Alexandra Daddario, Murray Bartlett, Jake Lacy, Steve Zahn, and Connie Britton are also up for awards for their portrayals of the entitled hotel guests and staff with secrets. Many of them are competing in the same categories.

Sam Levinson’s Euphoria earned 16 nominations, including a history-making turn for Sweeney’s co-star Zendaya. Zendaya, who won in 2020 as Outstanding Lead Actor in a Drama Series for her role as Rue, was nominated again, making her the youngest star to receive two acting Emmy nominations.

Zendaya initially reacted to the “absolutely insane” Emmy nod in an interview with Vanity Fair. “The show obviously means so much to me and so much to everyone who makes it. People put their absolute heart and soul into this, and I am so lucky to share this with all of them. I’ve already talked to so many people on FaceTime, and I have a lot more texts to send out. But I am so proud of our team and the work we do together. I’m very, very proud,” Zendaya said.

Shortly after, Zendaya shared a heartfelt post on Instagram about the “incredible acknowledgment.” The one-time Emmy winner wrote, “Making this show with this cast and crew of the most incredibly talented people that I get the privilege of learning from everyday has been a highlight of my life. I’m so proud to work beside you and CONGRATULATIONS! I don’t have the words to express the love and gratitude I feel right now, all I can do is say thank you with all my heart! Thanks to everyone who connected with our show, it is an honor to share it with you.”

Zendaya also gave a shoutout to Levinson “for everything you do,” adding that “this show is what it is because of your heart,” and thanked cinematographer Marcell Rév, composer and singer Labrinth, as well as HBO and A24 Productions for “being the best creative collaborators.” “We out here Emmy nominated again y’all!!!”

More like this
A New 'And Just Like That' Table Read Pic Confirms A Key Character's Return
By Jack Irvin and Grace Wehniainen
How To Apply For 'Survivor' & Tips On How To Get Cast
By Meg Walters
Twitter Is In A Tizzy Over David Beckham Queuing To See The Queen
By Shahed Ezaydi
The Prince William & Rose Hanbury Rumours, Explained
By Frances Stewart and Sam Ramsden
Get Even More From Bustle — Sign Up For The Newsletter