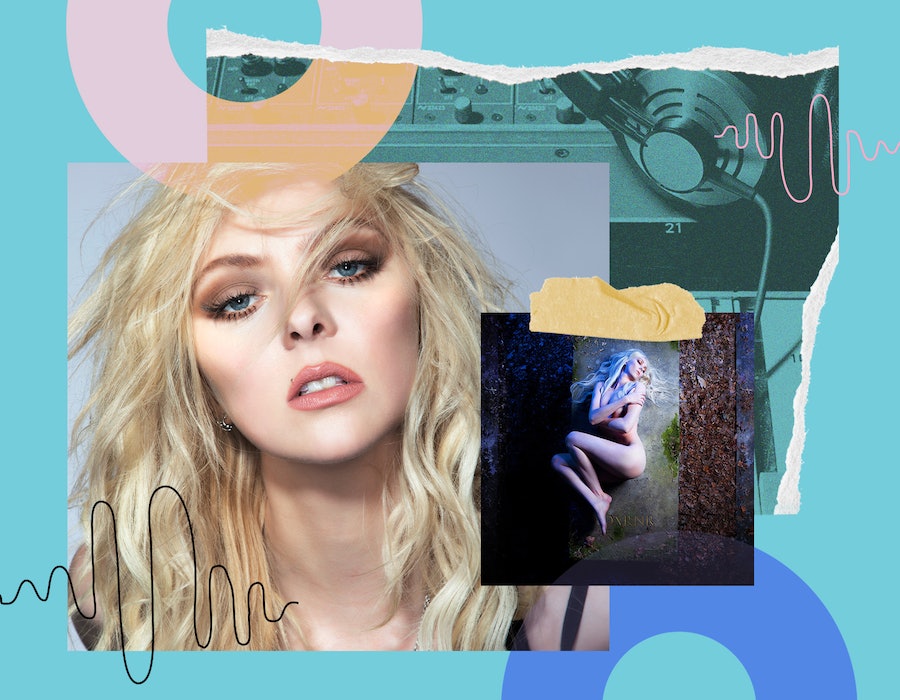 For Taylor Momsen, it all comes back to The Beatles. The Pretty Reckless frontwoman first discovered them as a child exploring her father's vinyl collection, and the band became her gateway drug into the world of rock and roll. "I credit The Beatles with why I love music," Momsen tells Bustle. From there she dove headfirst into the catalogues of classic rock giants like Led Zeppelin, The Who, Pink Floyd, Bob Dylan, and Jimi Hendrix. Growing up as a child actor (the former Gossip Girl star began acting professionally at three years old), music became Momsen's constant as she traveled from job to job and set to set. "I never really had school friends or a standard upbringing. I became a very introverted person. My records were my best friends." So when Momsen was recently forced to rebuild her life after a series of devastating losses, it was music — mainly The Beatles — she turned to once again for solace.

In 2017, The Pretty Reckless was touring with Soundgarden when the band's lead singer Chris Cornell died by suicide. Almost exactly a year later, Momsen learned that her producer and close friend Kato Khandwala had died in a motorcycle crash. "That was the nail in the coffin for me. I spiraled down so quickly into depression and substance abuse. I was in such a dark space that I couldn't listen to music. I'd never experienced that before. Music has always been my salvation," she says. "I had to rebuild my life from scratch, and the only way to do that was to start at the very beginning [of my love for music]." She played every Beatles record, anthology, documentary, and piece of material she could get her hands on.

She worked her way back to bands like Led Zeppelin, and soon enough she could actually listen to Soundgarden again. "To listen to them and have it bring me joy and not just pain was a turning point," Momsen says. "That led to me to picking up a guitar and just playing music again. It was a very natural progression." The songs that would come to comprise The Pretty Reckless' latest album Death By Rock and Roll were right there in Momsen's psyche, just waiting to be unleashed. "As dramatic as it might sound, [this record] literally saved my life."

Below, Momsen reflects on her band's Chinese bus tour, the moment she knew she music was her future, and why she identifies with John Lennon.

You're a massive fan of The Beatles. Do you have a favorite song of theirs?

I personally don't like to cherry pick songs. If you really love an artist, you don't just love the singles. You don't just love the songs that are on the radio. You love all of them. Because that's how you get inside the artist's [head] and really start to understand where they were coming from. But some of the first songs I fell in love with when I was a child were "Strawberry Fields Forever," "Lucy in the Sky with Diamonds," and "Help!"

Do you have a favorite band member?

The four of them were such a magic combination that will never, ever exist again. But I feel like I relate to John Lennon a little bit more than the rest of them. I have a picture of him I'm staring at right now on my wall.

That question always reminds me of the scene in (500) Days Of Summer, when Zooey Deschanel says her favorite Beatle is Ringo Starr.

Of course! There's also no other drummer like Ringo. Paul McCartney's a musical genius. Then you've got George [Harrison] who's like the secret weapon and comes in with "While My Guitar Gently Weeps" and everyone just goes, "Well, that's arguably one of the best Beatles songs ever written." It's impossible to pick [a favorite].

For this series we typically ask people what's the strangest way they've ever had a song come to be. But in your case, I'm sure it has to be when Heidi Montag recorded a song you'd written when you were 8.

Yeah, that was a strange one. Granted I was young, but I could've been 8, 9, or 10. Somewhere around that. I don't know when Heidi's record came out but I got a call from my lawyer going, "Did you write this song for Heidi Montag?" I had no idea what she was talking about but then she sent me the song and I went, "Oh yeah I wrote that like years ago. How does anyone even have this? How did it get to her?" I still don't know how she got her hands on it, but it was certainly a strange phone call to get.

What did you think of her version?

It wasn't a song that I was ever planning on releasing but it worked out well for her. It's all good. You know, music is meant to be shared. It's all fun.

What song are you dying to sing at karaoke when the pandemic ends?

The last time I actually sang karaoke was in China. We were the first American rock band to do a full bus tour of China, which was a wild experience. One of the dressing rooms had a karaoke machine with a TV on it and things got a little crazy. I don't remember what I sang, but I think our bass player went for something by Journey. But [when this ends] I just want to play our songs live, not do karaoke.

... And Choosing Rock And Roll Over Gossip Girl

What was the first time you truly felt like a musician?

When I met Kato and [my bandmate] Ben [Phillips] it felt like kismet. You know, you can act in a film when you're five. I did. But when you're writing songs when you're that young like I also did, you're not going to put out an album. It takes age, wisdom, and life experience to be able to write a record's worth of material that you actually want people to hear. So that was always something that I was striving towards and working on in my private life, it just wasn't public yet. It really took me meeting the right people to see a future in music.

But choosing to pursue music didn't come without sacrifice for you. You were on one of the biggest television shows of the era and clearly on a path to become a star. Was that hard to walk away from?

Oh god no, I was elated. Granted, I was recording the record at the same time that I was filming the show, so I lived off of Red Bull and slept like two hours a night at most. So I was working a lot. [I realized] I couldn't physically do both of these things, so [I decided] to follow my passion and see where that took me.

The internet rumor mill did its job [in speculating why I left], but a lot of that was wrong. I really do owe a lot of credit to the writers and the producers of the show. Josh Schwartz and Stephanie Savage saw me for me. When I came to them and was like, "I want to go tour, I want to play in a band," they didn't have to write me off the show because I was under contract. But they really allowed me to do what I really needed to as a person. So I'm very, very thankful to them.

There's a lot that people still celebrate about Gossip Girl, but chief among those things is its soundtrack. What's your favorite musical moment on the show?

Well, it's got to be when they played our song. They asked me if I would come back to make an appearance in the series finale and I obviously said yes. The show is coming to an end and I understand why my character should be a part of this episode. So I did that. And then out of all the songs we put out they picked "Kill Me" [to include]. The last thing you hear on Gossip Girl is "Kill Me" by The Pretty Reckless, and I just think that that's very funny and totally awesome on so many levels.

More like this
Even If She Tried, Beth Ditto Couldn’t Stay Away From Music
By Ivana Rihter
Craig David Is Still Slicker Than Your Average
By Olivia-Anne Cleary
Everything To Know About Taylor Swift’s 10th Studio Album, 'Midnights'
By Grace Wehniainen and Jake Viswanath
Christian Bale Sang With Taylor Swift & His Daughter Can't Believe It
By Radhika Menon
Get Even More From Bustle — Sign Up For The Newsletter