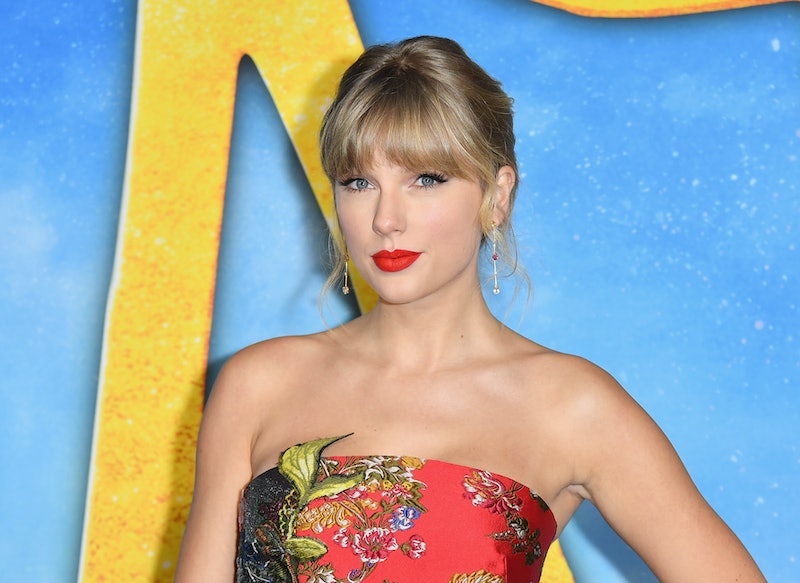 After more than a year of teasing, Taylor Swift is ready to dive in headfirst, fearless and share the re-recorded versions of her first six albums with the world. On Thursday, Taylor Swift announced that the re-recording of Fearless is complete, and an updated and expanded version of the 2008 album will be available to fans in the spring of 2021. "I’m thrilled to tell you that my new version of Fearless (Taylor’s Version) is done and will be with you soon," she wrote on Instagram, along with a grown-up version of the album's cover art.

"It has 26 songs including 6 never before released songs from the vault." While the singer revealed in her post that first re-recorded track — a version of "Love Story" that Swift previously teased back in December — will be available at midnight Feb. 12, fans had to work a little harder to figure out when the rest of Fearless (Taylor's Version) will be released.

Along with the new artwork, Swift shared a statement about how much the album has meant to her and her fans over the years, and in true Swift fashion, it included a secret message to her fans. Many Swifties on social media quickly realized that she had capitalized random letters in her note — just like she had done in the liner notes of previous albums — that spelled out "April Ninth." Though the singer hasn't yet confirmed Fearless (Taylor's Version) will indeed be released that day, April 9, 2021, is a Friday, and Swift did note in her Instagram post that it will be "coming soon."

In her statement, Swift also referenced her ongoing battle to regain ownership over the master recordings of her first six albums, which were purchased by Scooter Braun from her former record label, Big Machine, in July 2019. "I've spoken a lot about why I'm remaking my first six albums, but the way I've chosen to do this will hopefully illuminate where I'm coming from," the singer wrote. "Artists should own their own work for so many reasons, but the most screamingly obvious one is that the artist is the only one who really *knows* that body of work."

She continued, "For example, only I know which songs I wrote that almost made the Fearless album. Songs I absolutely adored, but were held back for different reasons. ... This process has been more fulfilling and emotional than I could've imagined, and has made me even more determined to re-record all of my music." Swift has long been outspoken about her desire to own her master recordings, and in July 2019, she shared an open letter about the deal between Braun and Big Machine on Tumblr expressing her disappointment. "This is my worst case scenario," Swift wrote, accusing Braun of "incessant, manipulative bullying" over the years.

"When I left my masters in Scott’s hands, I made peace with the fact that eventually he would sell them. Never in my worst nightmares did I imagine the buyer would be Scooter," she continued. "Any time Scott Borchetta has heard the words ‘Scooter Braun’ escape my lips, it was when I was either crying or trying not to. He knew what he was doing; they both did. Controlling a woman who didn’t want to be associated with them. In perpetuity. That means forever." (Both Braun and Borchetta have disputed Swift's statements.)

Thankfully, Swift is able to regain some control back over her first six albums by re-recording them, a move that she sees as a celebration of her freedom and her fans. "It’s going to be fun because it’ll feel like regaining a freedom and taking back what’s mine," she told Billboard in December 2019. "When I created [these songs], I didn’t know what they would grow up to be. Going back in and knowing that it meant something to people is actually a really beautiful way to celebrate what the fans have done for my music."

More like this
Everything To Know About Taylor Swift’s 10th Studio Album, 'Midnights'
By Grace Wehniainen and Jake Viswanath
Mariah Carey Is Releasing Her “Lost” '90s Grunge Album
By El Hunt
Christian Bale Sang With Taylor Swift & His Daughter Can't Believe It
By Radhika Menon
Did 'Grey’s Anatomy' Just Drop A Major Taylor Swift Easter Egg?
By Grace Wehniainen
Get Even More From Bustle — Sign Up For The Newsletter