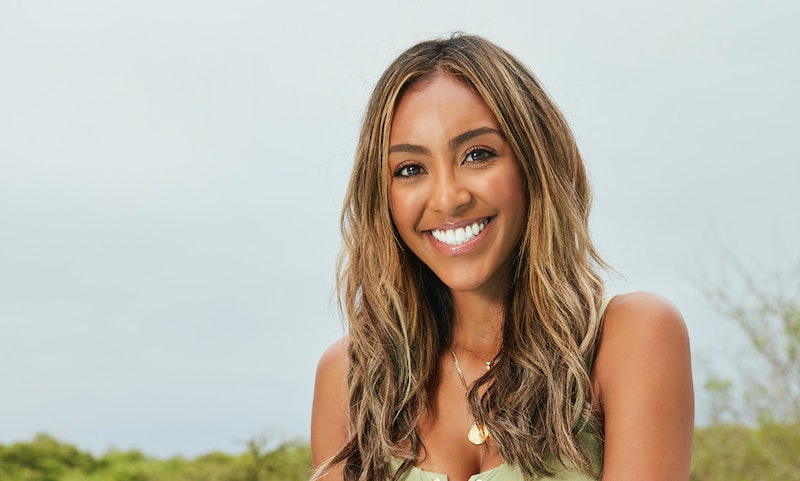 Bachelor Nation stars often change careers after going on the show, as the exposure opens up a world of sponsored content and influencer opportunities. The same is true for Tayshia Adams, who has a completely different job than the one she had when she appeared on Colton Underwood's season. Back then, she was a phlebotomist, which means she administered blood tests. However, once the season wrapped, she told Vulture that she was no longer in that line of work and wanted to pivot to another field.

"I don't know if I'll go back into medicine," she said. "As much as I love it and went to school for it, my passion has always been in real estate, development, interior design, and architecture. I think I'm going to gravitate towards that. I'm currently working at an interior design firm, and I hope this blossoms and opens doors for my career."

That was in March 2019, and since then, she's also stepped into other lines of work. Like many others from the franchise, Tayshia made a career out of influencing and is raking in money from Instagram ads — she posted more sponcon right before The Bachelorette premiere last month. Fox Business reported that influencers can earn an average of $30,000 to $100,000 a year through these brand partnerships, so Tayshia, who is just shy of a million followers, is likely on the higher end of that range. In addition, in October 2020, Tayshia began co-hosting the weekly pop culture-focused Click Bait podcast with fellow Bachelor Nation stars Hannah Ann Sluss and Joe Amabile, which has kept her plenty busy.

Between her plans for an interior design career, sponsored content, and podcast work, Tayshia's had plenty to do since leaving the medical field. And since she's confirmed to be a major part of this season of The Bachelorette, her career will likely flourish even more.