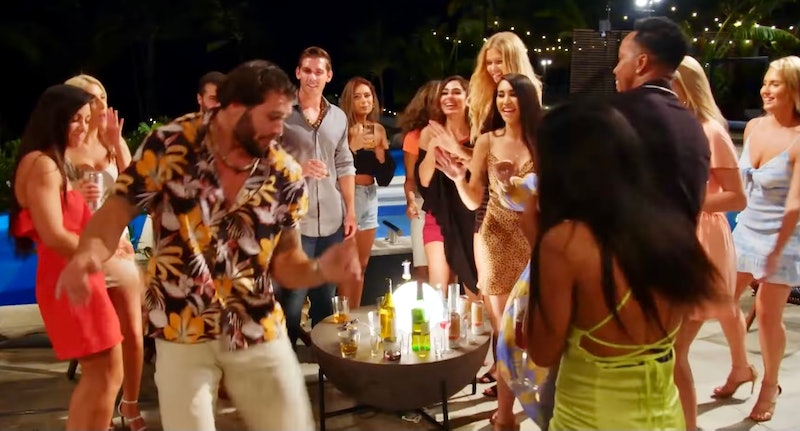 According to Temptation Island host Mark Walberg, a lot of "shocking, messy stuff" happens between the Season 3 couples. "But what really brings us through is that it's very emotional," he told Heavy. "What these couples who then become single go through personally, and what they start to access and talk about and realize about themselves ... becomes a really deep journey and really relatable to anybody who's been in love and in relationship and trying to figure it out," he explained.

Walberg added that each of the show's seasons offer a whole new dynamic, and the same is true this time around. "There’s always something interesting to watch and root for or against," he told Heavy. "So, [the couples] come to the Island, give each other a chance to be single again for a while, and try to figure out if they’re going to stay together or not.”

Get to know the four couples putting their relationship to the test below.

West Hollywood residents Thomas and Chelsea have been dating for over a year. Thomas, who's an actor, model, and investment trader, has "been commitment-phobic in the past," and Chelsea, a 30-year-old marketing coordinator, is the first person he's ever been in a "genuinely serious relationship" with. Their main issues stem from 37-year-old Thomas' "natural charm and flirtatious nature," which prompts Chelsea's "jealousy and possessiveness [to go] through the roof," according to their joint USA bio.

Thomas and Chelsea's do still currently follow each other on social media, but there are no further clues about where their relationship stands after filming. Thomas is nowhere to be found on Chelsea's Instagram, and pretty much the only women you'll find on Thomas' Instagram are his mom and goddaughter.

After two and a half years of dating, 24-year-old Erica is sure Kendal, 26, is the man for her, but Kendal isn't so sure. As a real estate agent who co-owns a credit repair company, Kendal is concerned that Erica — a personal assistant — might no t be able to "keep up with him personally and professionally." Meanwhile Erica says she feels underappreciated in their relationship and hopes their Temptation Island experience will be the thing that inspires Kendal to propose.

Corey, a 25-year-old concierge manager, and Erin, a 24-year-old behavioral therapist and former pro soccer player, have been together for a year and a half. According to their USA bio, Erin "has a bad habit of comparing every guy she dates to her ex-boyfriends," which makes Corey feel "belittled and underappreciated." Because Erin has dated professional athletes in the past, Corey wants to prove he's "the better man."

Unlike the other couples, Erin and Corey still seem very much together. They still follow each other on Instagram, and though Corey's profile doesn't have any photos of Erin outside of their Temptation Island promos, he shows her posts plenty of love. He commented that one of Erin's November 2020 photos "took [his] breath away," adding fire emojis. Her reply? "Yo breath be stanky."

26-year-old New Jersey residents Kristen and Julian are high school sweethearts who have been together for 11 years. Julian — a personal trainer and former pro football player — has admitted to cheating on Kristen, a physical therapist, twice in the past. He's worried that if he proposes, she might say no.

It's possible the two have a rocky road ahead. Kristen hasn't posted a photo of Julian on Instagram since the end of January 2018, and Julian hasn't posted one of her since May 2019. There's a chance that they're just trying to avoid spoilers, but it's more likely that they're one of the couples Wahlberg alluded to who split up.