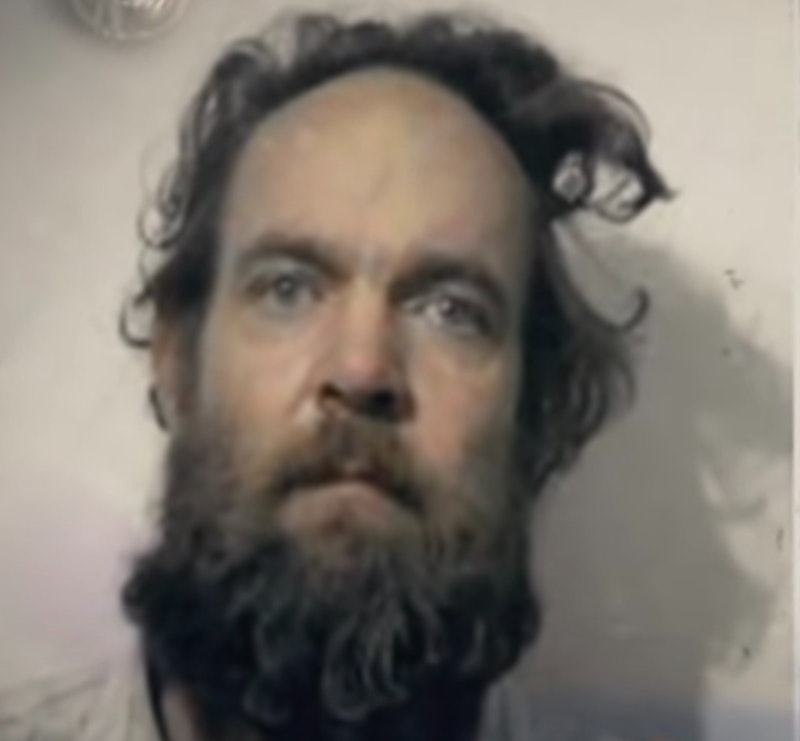 Serial killers were much harder to catch before DNA testing became commonplace. According to ABC News, that lack of technology is how Terry Peder Rasmussen was able to go undetected for a long time, even though he was later convicted of murdering one woman and is suspected of killing many more. He also went undetected in large part because he kept changing his name — which is why he's known as The Chameleon Killer, the same title given to a Feb. 19 Discovery+ special about him.

According to ABC News, Rasmussen went by aliases like Curtis Kimball, Gordon Jenson, Larry Vanner, and Bob Evans, which made it difficult for police to link any of their missing persons cases to him. In 2003, however, Rasmussen was convicted and sentenced to 15 years to life for the murder of one of his girlfriends. He's also suspected in the murders of several other romantic partners and their children. But before that, he was a family man himself.

Terry Rasmussen Had Four Biological Children With His First Wife

ABC's WMUR 9 News reported that Rasmussen married an unknown woman in Hawaii in 1968. Between 1969 and 1972, they had four children — twin daughters, a son, and another daughter. But the couple split in 1975, shortly after Rasmussen was arrested for aggravated assault. His ex-wife and most of his kids have stayed out of the spotlight, but his daughter Diane Kloepfer has been interviewed several times about the dad she barely knew. She told the Boston Globe that it crushed her to learn of her father's crimes. "If my mother hadn't left when she did, that probably would have been me," Diane said in 2019. "That is hard for me. I have some sort of weird survivor guilt thing going on."

Terry Rasmussen May Have More Victims Than We Know

The only person Rasmussen was ever convicted of killing was Eunsoon Jun, according to ABC News. She was his girlfriend in 2002 when she disappeared, and her remains were later found at Rasmussen's home. He was convicted in 2003 and sent to prison. But human remains found in New Hampshire were later linked to Rasmussen when they were identified in 2019, per ABC News. The remains belonged to Marlyse Elizabeth Honeychurch, whom Rasmussen dated in 1978. The bodies of her two young daughters, Sarah and Marie, were also found, along with an unidentified child. The unidentified girl was found to be Rasmussen's biological daughter, a different daughter from the three he had with his first wife. As of 2021, police are still trying to determine who the young girl or her family might be.

ABC News reported there may have been other victims who haven't yet been found. One of Rasmussen's girlfriends, Denise Beaudin, went missing in 1981 and has never been found. "There's more victims out there, definitely," San Bernardino County, California, Sheriff's Deputy Peter Headley told ABC News.

What Happened To Terry Rasmussen?

Rasmussen died from natural causes in 2010, long before most of the other victims' bodies were identified, according to WMUR 9 News. At the time, he was serving his sentence for Jun's murder.

More like this
Where Is The Bling Ring’s Rachel Lee Now?
By Arya Roshanian
Where Is Armie Hammer’s Ex-Wife Elizabeth Chambers Now After 'House Of Hammer'?
By Grace Wehniainen and Radhika Menon
Lori Vallow’s Son Was Arrested For Sexual Assault Days Before 'Sins Of Our Mother' Premiered
By Brad Witter
Lori Vallow Faces The Death Penalty For Allegedly Murdering 2 Of Her Children
By Brad Witter
Get Even More From Bustle — Sign Up For The Newsletter