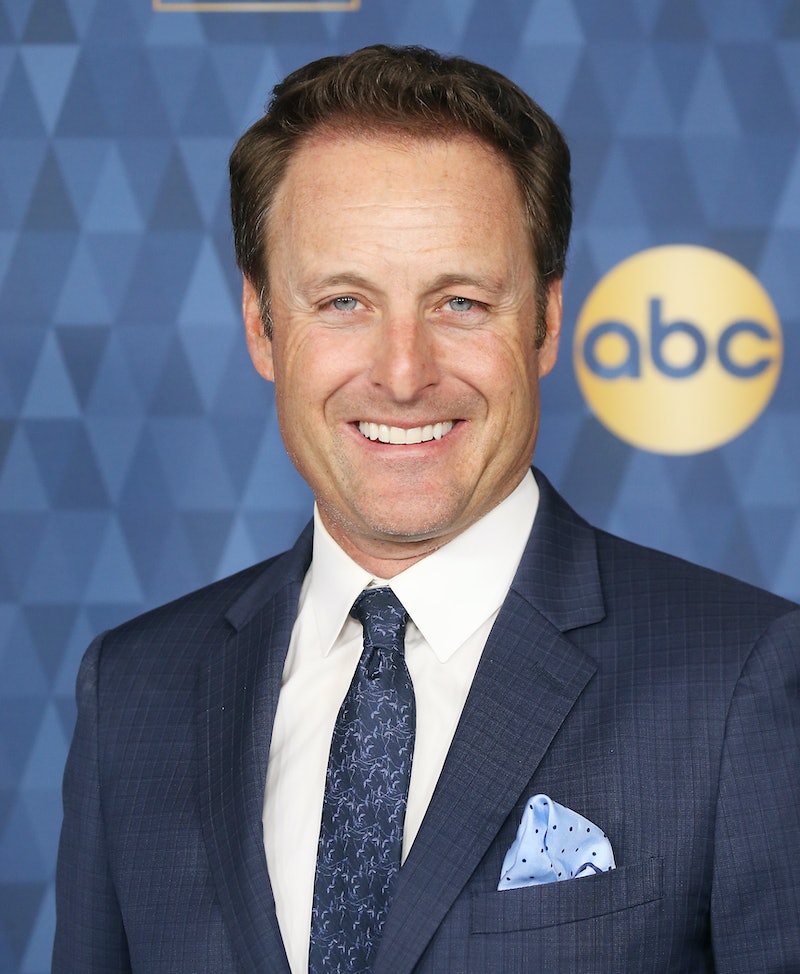 Next season, for the first time since 2003, Chris Harrison will not host The Bachelorette. ABC announced the news late Friday, March 12 in a joint statement with Warner Horizon that also named his replacements. "We support Chris in the work that he is committed to doing,” the network said, alluding to Harrison’s step back from the Bachelor franchise in February. “In his absence, former Bachelorettes Tayshia Adams and Kaitlyn Bristowe will support the new Bachelorette through next season.”

The changeup follows the longtime Bachelor/ette host and executive producer’s controversial interview with Rachel Lindsay in February, during which he defended Matt James’ finalist Rachael Kirkconnell after photos of her attending a 2018 antebellum-themed party surfaced and TikTok users claimed she had liked racist posts. (Kirkconnell has since issued an apology for her racist behavior, asking those defending her to “please stop.”) Facing backlash, Harrison apologized and later announced that he’d be handing over hosting duties for an unspecified period of time. As of now, there still has been no official decision about Harrison's future with the franchise, according to THR sources.

“As we continue the dialogue around achieving greater equity and inclusion within The Bachelor franchise, we are dedicated to improving the BIPOC representation of our crew, including among the executive producer ranks,” ABC Entertainment and Warner Horizon’s joint statement continued. “These are important steps in effecting fundamental change so that our franchise is a celebration of love that is reflective of our world.”

Following the announcement, Bristowe reacted on Instagram with a video of her and Adams dancing to Busta Rhymes’ “Get It,” which she captioned, “Let’s go girls.....” Adams, for her part, posted a video of herself dancing on a beach, along with select lyrics from Powers’ “Sunshine.” And it didn’t take long for their Bachelor Nation counterparts to voice their support. “Y’all will crush it,” Hannah Brown commented on Bristowe’s post, which also included loving messages from JoJo Fletcher, Amanda Stanton, Mykenna Dorn, Chrishell Stause, and Carrie Ann Inaba.

In the comments section of Adams’ Instagram post, former Bachelorette Jillian Harris wrote, “Wowwwww I just got this news ladies I am BEYOND proud and excited,” while Jason Tartick added, “You two will crush it!”

Production on The Bachelorette Season 17 is already underway in New Mexico, per THR’s source, and ABC will reportedly announce the next Bachelorette during March 15’s After the Final Rose special, which the network pre-taped. Uncomfortable Conversations with a Black Man author and NFL vet Emmanuel Acho will fill in for Harrison as ATFR host, and he’s ready to bring a fresh perspective to a season plagued by bullying and racism.

“Empathy is needed and change is coming,” he wrote in a Feb. 27 Instagram post. “I love being a bridge for reconciliation. Our world is disconnected & divided, my goal is to unify.”

Acho already won praise from Adams, who called him “definitely the man for the job” on her Click Bait with Bachelor Nation podcast. “This season, this past year, a lot of things that we’ve been going through is having a lot of uncomfortable conversations with the ones that we love — the ones that we see on television, family, peers, whatever it may be — so I think that this is definitely the right direction.”

And now, that direction has led Bachelor Nation back to Bristowe and Adams herself.