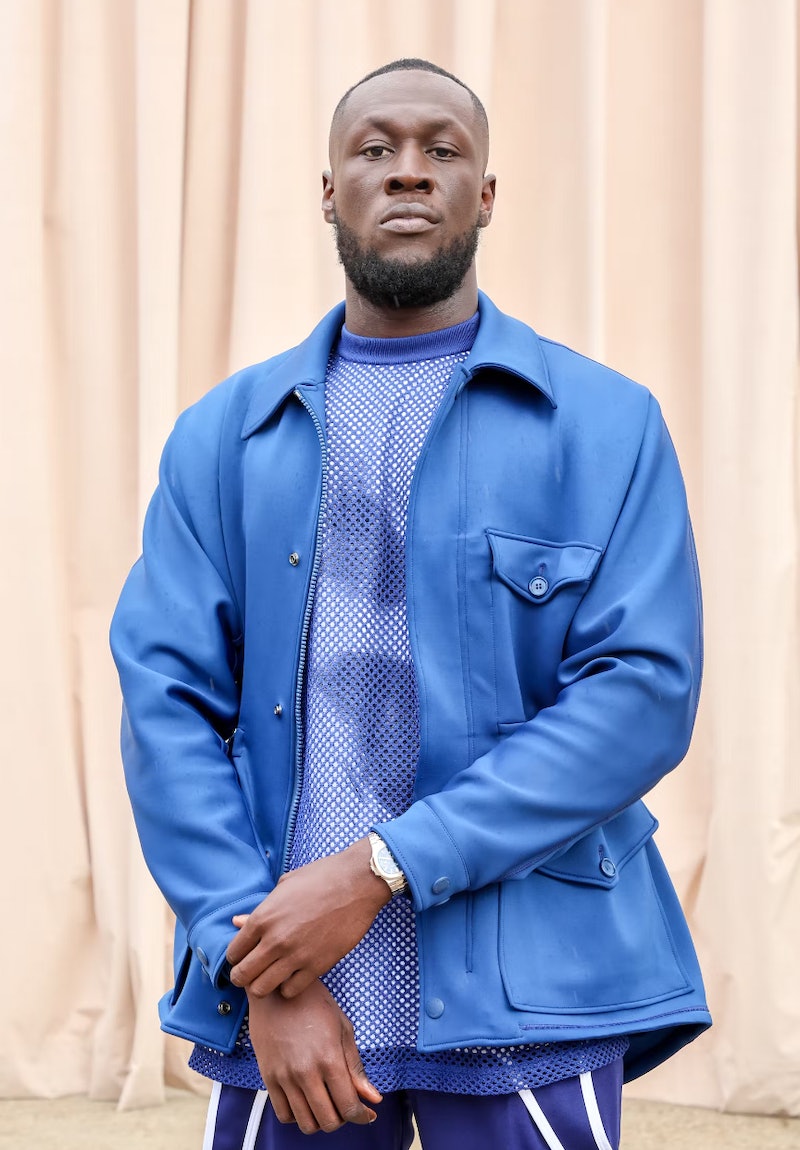 Since dropping his iconic 10-minute music video, “Mel Made Me Do It,” in September, Stormzy has been teasing fans with what they can look forward to on his third studio album, This Is What I Mean. Ahead of its release on Nov. 25, BBC One aired A Stormzy Special, where the 29-year-old rapper sat down with DJ legend Trevor Nelson, to talk more about his artistry and upcoming album. Perhaps his most vulnerable album yet, This Is What I Mean is set to show more of a singing Stormzy, with the artist already dropping hints of this through the release of soulful songs like “Hide & Seek” and “Firebabe.”

From becoming the first Black solo British headliner at Glastonbury Festival in 2019 to this year collecting a joint Rated Award with fellow rapper Dave, the Brit Award winner has a firm standing on the road to success.

As well as performing tracks from This Is What I Mean, Stormzy also performed some of his classic material, including “Crown,” on the BBC programme. As well as explaining the lyrics behind some of his songs, the musician also talked about his good friend Adele and debunking labels put on him as an artist.

Below, see the biggest takeaways from A Stormzy Special.