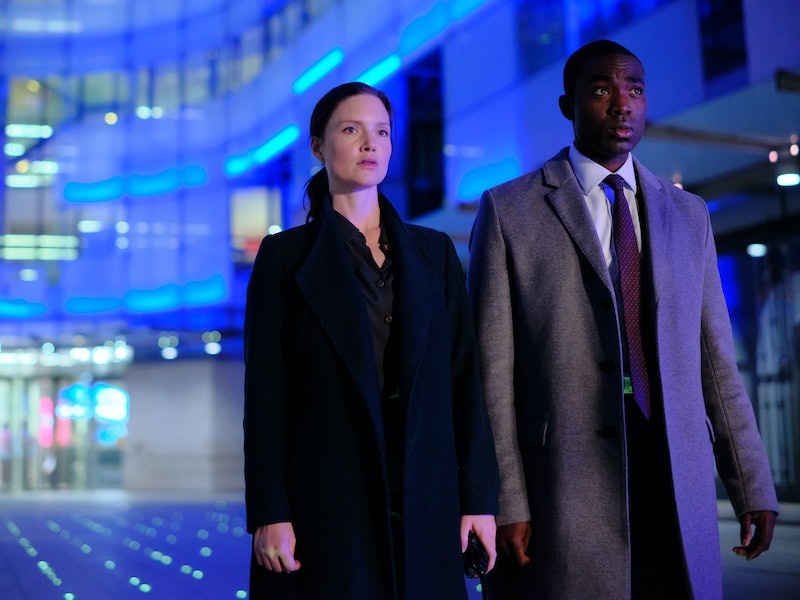 A firm favourite among crime thriller fans, The Capture Season 2 recently reached a climatic end. With Holliday Grainger as DCI Rachel Carey and Paapa Essiedu as MP Isaac Turner, viewers were treated to stellar performances as the series further tackled themes of corruption and surveillance. The finale of the six-part drama aired on Sept. 12, but you may have been left pondering as to just where the explosive scenes for the second instalment were filmed. Read on to find out.

Much like the first season, the latest episodes were shot mostly in London. But a small — and spectacular — bit of the series was filmed in and around Zagreb in Croatia. “In the fifth episode, we feature a TED talk presentation that’s supposed to be set in Georgia, however we filmed several elements of this sequence in Croatia. A small team went out there with one actor and worked with our local Croatian team who helped us prep; we got great footage out of this,” The Capture producer Kristian Dench told Bustle.

The filming locations back in London were just as impressive, too. While the first season boasted enviable locations like The Shard, Season 2 continued to keep it fresh with several scenes filmed around Whitehall, the busy central road from Trafalgar Square leading up to Parliament Square. As well as this, MP Turner’s house was set up in the lush neighbourhood of Blackheath and the ambassador’s embassy was based in Fitzrovia.

“This season was very much a location shoot — we only spent five or six days in the studio and the rest was filmed all over London,” Dench explained. The extensive control unit featured in episodes two and three were created specially at Wimbledon studios for the series. One of the most prominent shoot locations for this season is Broadcasting House, the well known headquarters of the BBC.

Dench adds that filming across London, especially with lockdowns, was challenging. “We had a location lined up for an important scene and a couple of days before, we were told Extinction Rebellion were picketing around there, so we had to move it immediately,” he shared. This, of course, changed the nature of the undisclosed scene when it debuted on the BBC.

But are there plans for The Capture to expand beyond London in the future? Well, a third season has yet to be confirmed. Dench says the team are eager for another instalment, “but only after the crew has gotten a break and relaxed under a parasol.”

The Capture Season 2 is available to watch on BBC and BBC iPlayer.