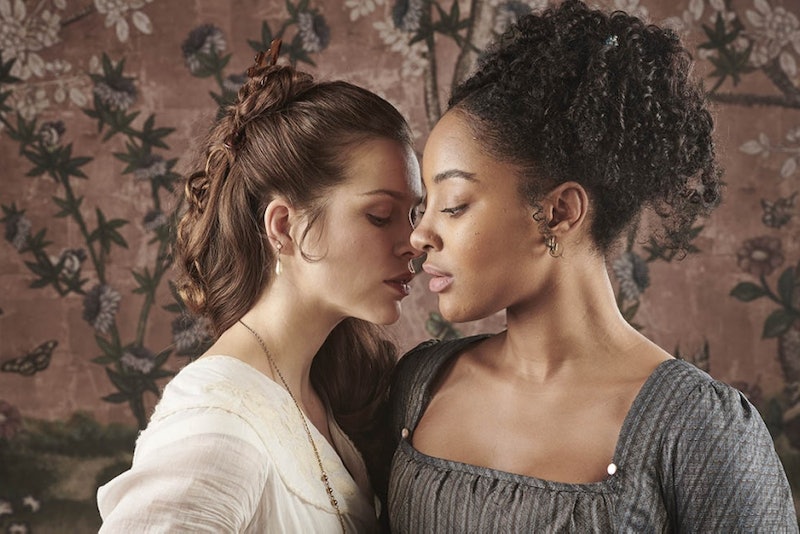 The Confessions of Frannie Langton is ITV’s latest offering and if you’re a Bridgerton fan, then this latest period drama might be exactly what you’re looking for. The four-part drama is based on the book of the same name, by Jamaican novelist Sara Collins, with Collins also behind the TV adaptation of her novel. The new drama follows Frannie’s journey from a slavery plantation in Jamaica to the English mansion of George and Marguerite Benham. When the Benhams are found dead in their beds, Frannie (who wakes up next to Marguerite) stands accused. Read on for everything you need to know about The Confessions of Frannie Langton.

The Confessions of Frannie Langton Plot

Hailing from a Jamaican plantation, Frannie Langton finds herself in the grand Mayfair mansion of a renowned scientist and his wife. But Frannie falls hopelessly in love with her mistress, Marguerite Benham, and things become complicated to say the least. Part murder mystery and part romance, The Confessions of Frannie Langton follows Frannie as she backtracks on events that could have possibly led her to end up in bed next to her murdered mistress and her husband, the Benhams. With accusations thrown at her claiming that she’s responsible for the murders, a determined Langton is dragged to jail, where she then tries to piece together what exactly happened.

The Confessions of Frannie Langton Cast

Leading as the protagonist in the film is Blue Story’s Karla-Simone Spence who plays Frannie Langton. Speaking to ITV about her playing Frannie, Spence said, “It’s an incredible story. I was really intrigued by Frannie’s journey. She’s an incredibly witty, resilient woman. As soon as I read the scripts I was like, ‘I have to play her.’ I really wanted this role.”

Acting as the Benhams is Sophie Cookson (Kingsman: The Secret Service) who stars as Marguerite Benham and War of the Worlds’ Stephen Campbell Moore who plays her husband, George. They are joined by Redemption’s Patrick Martins who takes on the role of Olaudah “Laddie” Cambridge. And you can also expect to see Rocketman’s Steven Mackintosh and Small Axe’s Amarah-Jae St. Aubyn as they play John Langton and Sal, respectively.

Although there is no set release date for the drama, we know that The Confessions of Frannie Langton will drop in line with the launch of ITVX by the end of this year. Once released, the series will be available to exclusively stream on the platform before it airs on TV.And no trailer has been released for the drama, but do stay tuned for more details.