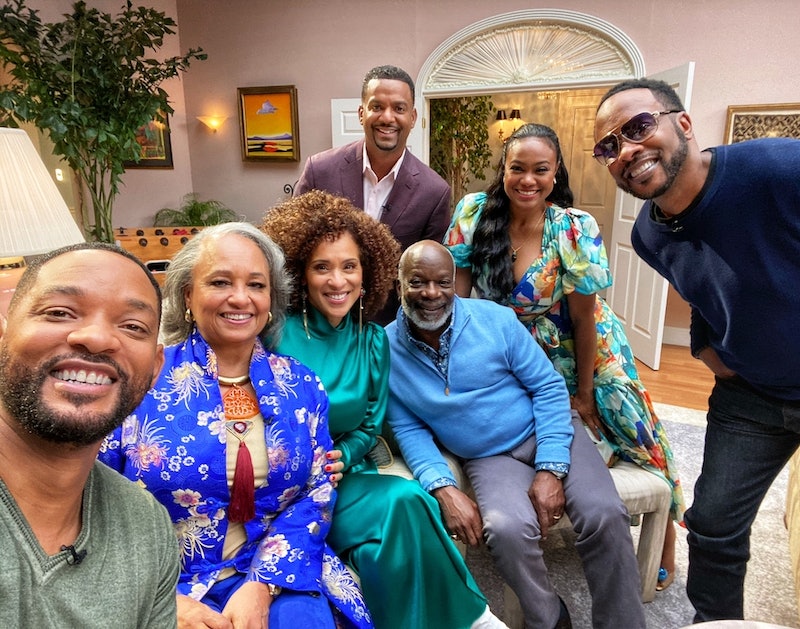 In the nostalgic trailer, the stars of the beloved '90s sitcom gather in the Banks' living room to share behind-the-scenes stories and discuss the show's enduring legacy. With lots of laughs, however, will come some tears. The co-stars also reflect on the late actor James Avery, who played patriarch Judge Philip Banks on the series. Avery died in 2013 at the age of 68 following complications from open-heart surgery.

"James Avery was this 6-foot-4 Shakespearean beast, and I wanted him to think I was good," Smith says in the trailer, which cuts to a scene from the most emotional episode in the series. In the scene, Will's (Smith) absent father skips out on him again, he tearily asks his uncle (Avery), "How come he don't want me, man?" The two embrace and the camera pans to a sculpture of a father and son.

"I fall into his arms at the end of the scene and he's holding me and the shot pans off, and he whispers in my ear, 'Now that's acting,'" Smith says of the moment in the trailer. The pièce de résistance? Smith also sits down with Hubert, who originated the role of Aunt Viv, after decades of public conflict — a strong indicator that the two have buried the hatchet and are now on amicable terms.

Smith first announced the reunion special on Instagram in September, effectively breaking the internet. He shared a selfie from the set and captioned the post, "Today is exactly 30 YEARS since The @FreshPrince of Bel-Air debuted! So we're doin' something for y'all… a for real Banks Family Reunion is comin' soon to @HBOmax! RIP James."

The HBO Max reunion isn't the only Fresh Prince project on the way. Smith is developing a reboot of Fresh Prince of Bel-Air for Peacock, but with a major twist. Based on filmmaker Morgan Cooper's viral 2019 spoof trailer, it'll diverge from its sitcom roots and offer a gritty, dramatic take.