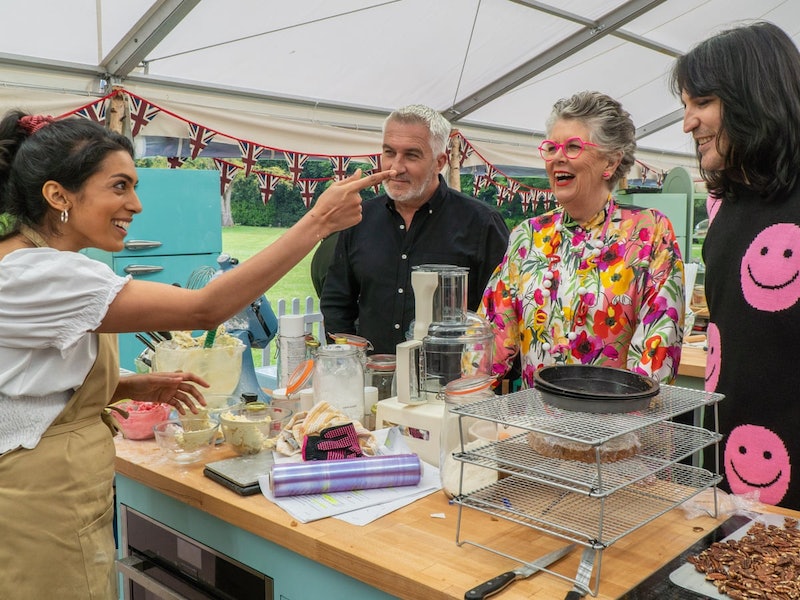 Channel 4’s The Great British Bake Off made headlines this week when a discussion began online about potentially triggering language used in the show.

The debate was started after Tuesday night’s episode (Oct. 26) when judge Prue Leith said a contestant’s cake was “worth every calorie” and commented that another bake was “the most fattening bite you could imagine.”

Viewers took to Twitter to ask why Channel 4 didn’t edit out these kind of comments, which could be considered triggering for anyone who has experienced an eating disorder.

One Twitter user asked: “Will there ever be an episode of GBBO where they don’t mention calories? Or is it too much to expect a wholesome feel-good baking show that doesn’t talk about ‘guilt’ and/or calories?”

Some viewers even said they would stop watching the popular baking show all together if the comments continued.

Speaking to the Mail Online after Tuesday’s episode, Tom Quinn, director of external affairs at Beat, the UK’s leading eating disorder charity, explained that “[m]entions of calories can be triggering to people with or vulnerable to an eating disorder.”

Beat estimates that there are currently around 125 million people in the UK living with an eating disorder and Quinn emphasised that “equating food with ‘good’ or ‘bad’ moral connotations can lead to feelings or guilty and shame.” He added that extensive mentions of calories can also “encourage eating disorder behaviours,” and that “talk of food being worth the calories is very unhelpful.”

Quinn said that he and Beat “would strongly encourage Channel 4 to be conscious about the way food and exercise is discussed, for instance not mentioning calories or specific weights, in order to protect their audience.”

This is not the first time Channel 4 and Bake Off has come under fire for comments about calories, with fans of the show discussing it as far back as 2017.

Channel 4 is yet to respond on this issue.

More like this
15 Piping Hot Behind-The-Scenes Secrets From 'Great British Bake Off'
By Emily Dixon and Darshita Goyal
'MAFS UK' Changed The Rules After Matt & Whitney Cheated On Their Partners
By Catharina Cheung
Wait, Is Maya Jama Confirmed To Host 'Love Island'?
By Sophie McEvoy
How To Get Tickets To 'Strictly Come Dancing's Live Tour
By Sophie McEvoy
Get The Very Best Of Bustle/UK