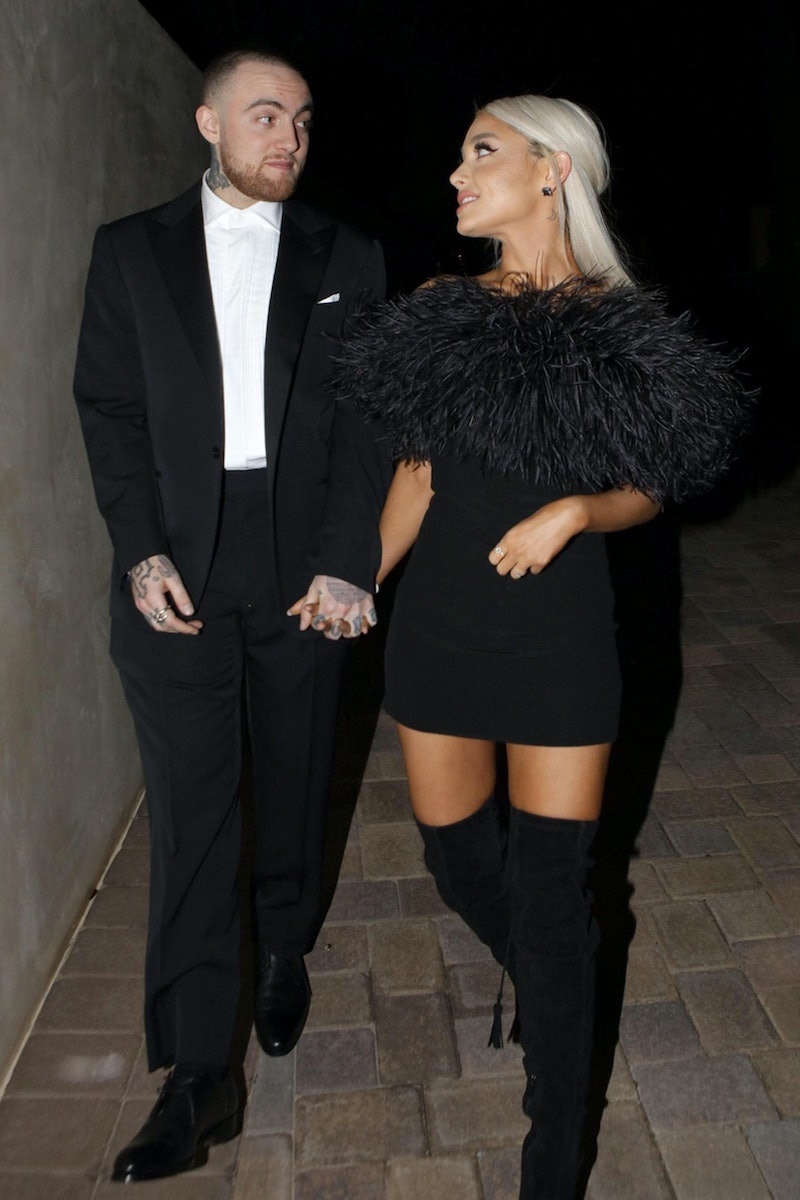 Nearly one month after Ariana Grande released her Positions album, one fan on TikTok noticed a subtle Mac Miller tribute — but you'll have to listen closely. According to TikTok user maraleebell, Grande included cricket sounds in at least two tracks on her sixth studio album, which might be a reference to one of the late rapper's posthumous releases.

The TikTok counted two specific instances in which cricket sounds were used on Positions. The sounds can be heard in the title track after the lyric "heaven sent you to me," and in "just like magic" when she sings "take my pen and write some love letters to heaven." According to maraleebell, the use of the sounds after the word "heaven" is no coincidence, especially since Miller has a song called "Crickets" that was released earlier this year.

Grande, who released the album in late October, dated Miller from 2016 to May 2018. The Divine Feminine rapper died of an accidental drug overdose in Sept. 2018. Two months later, Grande released her "thank u, next" single, which includes a clear nod to her ex. "Wish I could say thank you to Malcolm, 'cause he was an angel," the chorus goes, referencing the rapper's real name.

While the user acknowledged these sounds might just be a coincidence, she noted it's also possible that the singer knew what she was doing. "I think that she kind of thinks of him as her guardian angel," the poster said in the TikTok, adding that "just like magic" is explicitly about counting blessings from heaven.

On Twitter, fans started picking up on the reference and quickly took to the social media platform to share their thoughts.

The crickets may not be the only part of "just like magic" that is meant to pay tribute to Miller; many fans believe the "pen a letter to heaven" lyric is about him, too. While these are just theories at the moment, it wouldn't be the first time fans noticed possible references to Miller in Grande's songs. Many people think that "imagine" from her thank u, next album is about him because he had a tattoo of the word on his inner bicep. When the pop star tweeted about the meaning of the song, she wrote that it's "kind of like... pretending it never ended."