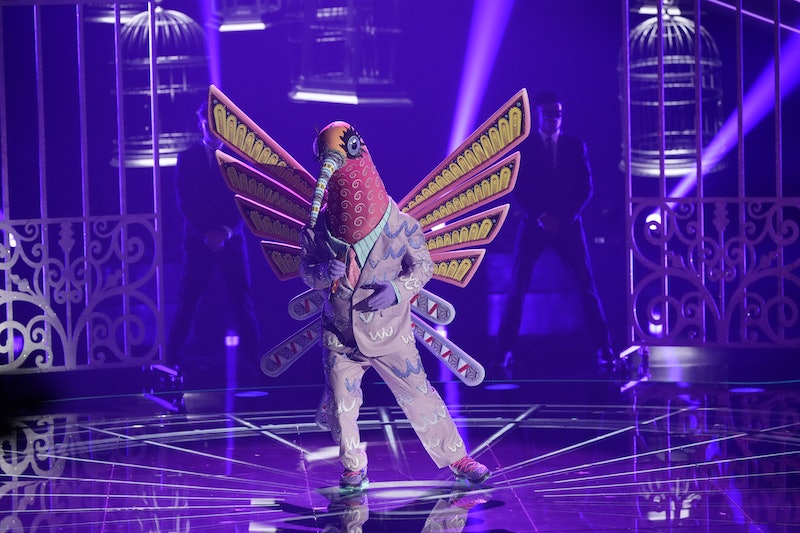 The seasons may change, but one thing remains: FOX is going to churn out The Masked Singer for as long as it’s able to. Debuting in 2019 as a spin-off of a popular South Korean entertainment show, The Masked Singer has since featured over 100 celebrities wearing over-the-top costumes and belting out their favorite tunes. Now on Season 8, the new Masked Singer celebrities have collectively netted 32 Grammy nominations, 16 Emmy wins, four Golden Globe nominations, 10 Teen Choice Awards, and five stars on the Walk of Fame.

The new season dropped on Sept. 21 and will feature 22 contestants and a new format. For the first time, only one contestant will move on from each episode. The studio audience will vote for their favorite, and the singer with the least amount of votes will have to unmask mid-show. They’ll then sit up in the new “VIP section” where they can actually see who they were competing against. The top two singers will face off and perform the same song; whoever wins goes to the semi-finals, while the loser has to also unmask and head to the VIP section. That means by the end, there will only be three finalists fighting for the crown — making this season more cutthroat than ever.

Here are all the competitors who have been revealed (or rumored) so far.

Hedgehog wears a fancy sweater and hat. Their clue is a carrot, which led some to suggest Carrot Top. But others thought it could be James Corden, likely because the outfit felt pretty British — and the person underneath was, indeed, British, but it wasn’t Corden. Eric Idle of Monty Python was ultimately unmasked as Hedgehog on Sept. 21.

The Knight rides a golden duckie, and their clue is a sword. Fans had their fingers crossed that this might be Kit Harington from Game of Thrones or Charlie Hunnam from the King Arthur movie — but ultimately, it was William Shatner from Star Trek.

Hummingbird wears a colorful suit, and their clue is a flower. Fans are torn between this being an athlete or a singer. Though he was eliminated in the premiere episode, his identity wasn’t revealed until Sept. 28’s Vegas Night. After completely stumping the judges, NSYNC’s Chris Kirkpatrick removed his mask, much to their dismay. “I kind of tried to throw you guys a bit with the song,” the boy bander, who performed Gavin DeGraw’s “I Don’t Want to Be,” told the panel. “This has been so much fun. I was nervous, but this has been absolutely amazing.”

As their wordplay name suggests, Pi-rat is a rat dressed like a pirate. Their hint is a hook, so guesses have included Colin O’Donoghue (who played Captain Hook in Once Upon a Time) or Orlando Bloom. Ultimately, neither was correct. Following his Week 2 elimination, Pi-rat revealed himself to be stand-up comedian and ventriloquist Jeff Dunham, who Jenny McCarthy correctly guessed. “I’ve done a lot in my career, but I think it’s peaking at this very moment,” Dunham joked.

Panther wears an Asian-style coat and headpiece, and their clue is the moon. Fans seem pretty stumped on their identity, guessing everyone from Frank Ocean (who covered “Moon River”) to Bruno Mars. Meanwhile, several judges picked up on a basketball clue, and were convinced he was an NBA player. After going head-to-head with Harp in the show’s first-ever Battle Royale, Panther came up short, and Grammy-nominated “This Is How We Do It” singer Montell Jordan unmasked himself. Said the R&B star, producer, and pastor, “I’m [a fan] of the show. . . . What a great opportunity, man. This is a highlight of my life. It’s a blessing, no question.”

The rest of these contestants are still masked, as of yet — but here are some of fans’ best guesses.

The Masked Singer has already posted a sneak peek performance of the Harp on Twitter. She’s decked out in a golden dress, and her voice seems pretty recognizable as a Glee star. “Amber Riley, has to be,” wrote one fan. After she survived the first two rounds of eliminations, viewers were even more convinced that Riley is under this mask.

Bride is a giant pink dragon in a wedding dress. Their clue is a wedding ring, and fans have guessed everyone from Bridesmaids actor Melissa McCarthy to JLo.

Avocado is quite literally just a giant avocado. Their clue is a bag of chips, so fans have guessed John Mulaney (who voiced Chip in Chip ‘n Dale: Rescue Rangers) and Erik Estrada (who was on the 1970s police drama CHiPs).

The Venus Fly Trap wears a giant spooky costume, and their hint is, of course, a fly. The popular fan guess is this is Jeff Goldblum, who was in the horror film The Fly.

Sir Bugaboo kind of looks like a cat dressed as the Mad Hatter. His clue is a bowtie — that looks like it’s being worn inside the costume — so fan theories include Bill Nye the Science Guy and Pee-wee actor Paul Reubens.

Scarecrow is clearly the most Halloween-themed costume of the season. Their clue is a crow, so fans suggested a member of Counting Crows or Sheryl Crow.

Mummies are a trio of singers who have a Ka statue as a hint. Fans are hoping it’s the Jonas Brothers, but other guesses have included Rascall Flatts and Steve Martin, Martin Short, and Chevy Chase teaming up.

Walrus looks like a cute little fisherman, and his clue is naturally a fish. One fan suggested someone from Deadliest Catch, while another suggested Walrus isn’t competing at all and is just Ken Jeong in disguise.

Maize is a fabulously dressed ear of corn. Their hint is a stick of butter, so many fans have humorously guessed Paula Deen.

The beetle is a ladybug dressed in a pinstripe suit. Their clue is a leaf, leading to some fans guessing singer Leif Garrett.

Fortune Teller comes with a silky green outfit and an entire booth to perform in. Their clue is an hourglass, but fans are really torn about who this could be. Guesses have covered everyone from Will Smith to Jake Gyllenhaal and Tom Hanks.

Season 8 features yet another trio! This time it’s three lambs in Baroque era gowns with a milk bottle for a clue. Some fans suggested The Chicks, while others are actually hoping it’s a kpop girl group — thus paying tribute to the show’s origins.

Speaking of milk, there’s an actual Milkshake contestant too. Their clue is whipped cream. One fan on Instagram pointed out that they’re getting “rapper vibes” from Milkshake, while another suggested this could be an athlete (perhaps based on Milkshake’s sneakers and wide stance).

Gopher is a rodent dressed in a cowboy costume. Their hint is a lasso, leading to guesses like someone from Ted Lasso, or Chris Pine, who played a sidekick and love interest to the lasso-swinging Wonder Woman.

Finally, we have Robo Girl who wears a metal skirt and has two metal pigtails. Her clue is a wrench. Fan theories include Nicki Minaj and Iggy Azalea.