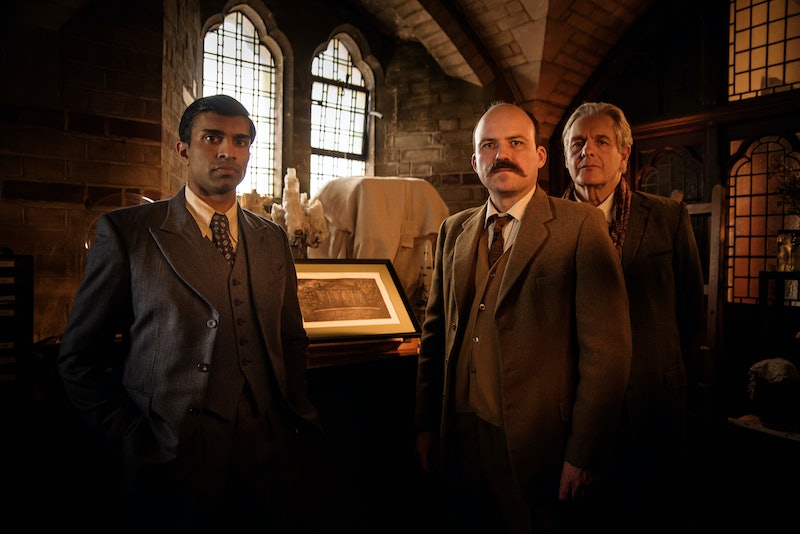 Once you have devoured Christmas dinner, opened every present, and worked your way through the Quality Streets, it’s always nice to sit back and watch some festive TV. In 2019 we were treated to a particularly dark rendition of Charles’ Dickens A Christmas Carol and now, two years later, the BBC is planning to spook us once again, this time with an adaptation of M. R. James’ 1904 short story The Mezzotint. The 30-minute special has been adapted by writer and actor Mark Gatiss – who many will recognise as Mycroft Holmes from Sherlock – but what else is there to know about The Mezzotint?

The BBC has said that The Mezzotint will be available on BBC Two and iPlayer “this Christmas” but no specific date has been revealed yet. Watch this space.

In this chilling tale, set in 1922, university lecturer Edward Williams receives an engraving of an unknown country house. However, every time he looks at the image, it appears different – with a menacing figure coming in and out of view.

What Else Is There To Know About The Mezzotint?

As mentioned, Mark Gatiss is adapting The Mezzotint for BBC Two but he’ll also be directing it, too. Gatiss has previously worked on other Christmas adaptations including Martin’s Close, The Tractate Middoth, as well as his own original stories The Dead Room and Crooked House.

Speaking about The Mezzotint, Gatiss told the BBC, “It's delightful to be bringing a little seasonal unease to the nation once again and this famous M. R. James story is just the ticket. We’ve assembled a top-notch team to bring this eerie mystery – and a certain enigmatic old picture – to life.”

More like this
Everything To Know About The 'Daisy Jones & The Six' TV Series
By Maxine Harrison and Brad Witter
The Song At The End Of 'The Last Of Us' Ep 1 Has A Deeper Meaning
By Sophie McEvoy
'The Last Of Us' Has Officially Been Renewed For Season 2
By Darshita Goyal
'Abbott Elementary' Fans Probably Missed This 'Parent Trap' Easter Egg
By Sam Ramsden
Get The Very Best Of Bustle/UK
Sign up for Bustle UK's twice-weekly newsletter, featuring the latest must-watch TV, moving personal stories, and expert advice on the hottest viral buys.