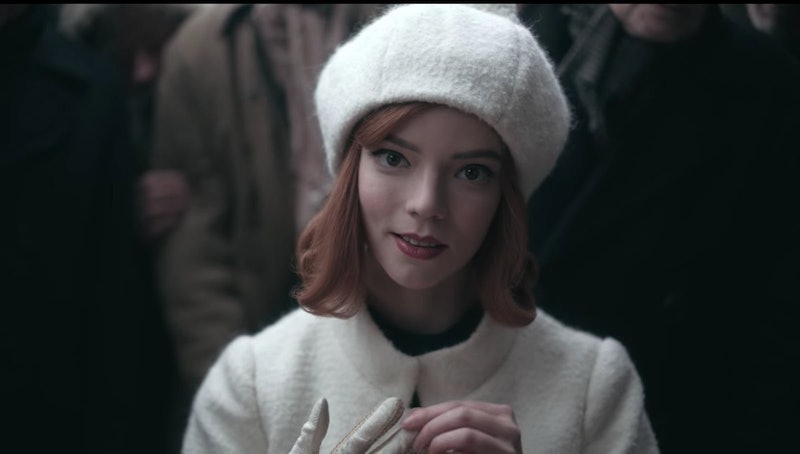 As New York prepares to reopen arts and entertainment venues at limited capacity beginning on April 2, Broadway fans are still wondering when they’ll get to experience plays and musicals in packed theaters again. While it’s unknown when the theater industry will return, production companies are wasting no time preparing to open new shows whenever the time comes. On March 8, production company Level Forward announced that it has purchased the stage rights to turn Walter Tevis’ novel The Queen’s Gambit into a musical. Notably, the novel was recently adapted into a hit limited series on Netflix starring British actress Anya Taylor-Joy.

“It is a privilege for Level Forward to lead the charge of bringing The Queen's Gambit to the stage through the beloved and enduring craft of musical theater,” stated Level Forward CEO Adrienne Becker and Producer Julia Dunetz in a press release. “Told through a brave and fresh point of view, audiences are already sharing in the friendship and fortitude of the story’s inspiring women who energize and sustain Beth Harmon's journey and ultimate triumph. The story is a siren call amidst our contemporary struggles for gender and racial equity, and we're looking forward to moving the project forward.”

Published in 1983, The Queen’s Gambit follows the story of Harmon, a shy, young orphan who gains confidence after playing her first game of chess, at which she excels. She competes in the U.S. Open as a teenager, feeling fully in control until the competition grows more intense and she even considers quitting. Taylor-Joy played Harmon in Netflix’s adaptation of the novel, winning both a Critic’s Choice Award and a Golden Globe Award for Best Actress. Level Forward has received a total of 37 Tony Award nominations, including two recent wins for its productions of Jagged Little Pill and Slave Play.

While some expressed their excitement, the announcement of The Queen’s Gambit’s stage adaptation caught many fans of the Netflix series off-guard. Some of them were confused at the choice to turn the period drama into a musical, while others called for a revival of the musical Chess, which explores the Cold War through a game of chess and features music written by members of ABBA. Below, fans react to the announcement on social media.

More like this
Devi Is Going To Meet A “Smoldering Bad Boy” In ‘Never Have I Ever’ Season 4
By Jack Irvin and Gabrielle Bondi
Netflix Reveals First Look At Wednesday In The 'Addams Family' Spinoff Series
By Bustle Editors
Caleb McLaughlin Details Racism From 'Stranger Things' Fans
By Radhika Menon
The ‘Emily In Paris’ Season 3 Release Date Is Here, Plus The First Footage
By Bustle Staff
Get Even More From Bustle — Sign Up For The Newsletter