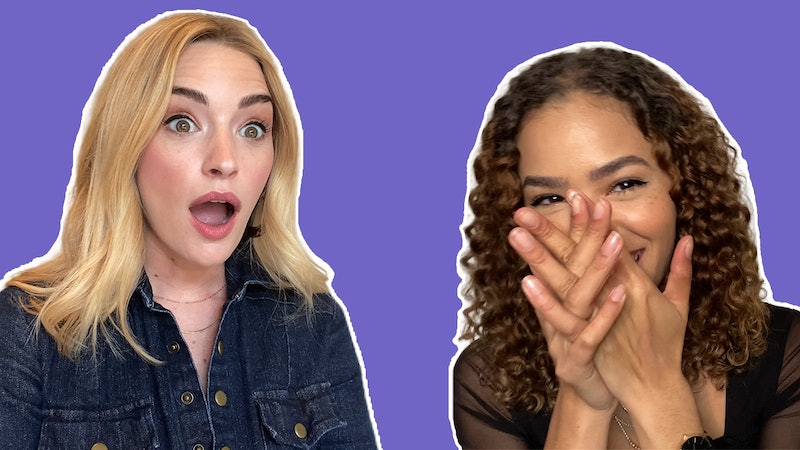 It’s a classic problem in television: Actors get confused with the characters they play. So we sat down with Antonia Gentry and Brianne Howey, Ginny and Georgia, respectively, to see how well they actually know each other and how similar they are to the characters they play on Netflix. It turns out that months of filming together does make you pretty good friends, but there’s a pretty clear line between the actors and their characters (including the jokes they make).

In fact, while Gentry’s 15-year-old character makes an outdated Taylor Swift joke at the expense of her millennial mom, the actor made a much more pointed observation about her millennial co-star. Since Gentry is 23 and is more Gen Z, we asked her to call out Howey’s most millennial trait. Gentry paused before noting that Howey has an obsession with Real Housewives — a cultural touchstone that we had not realized was as outdated as our side parts and skinny jeans.

When we asked Howey to call out Gentry’s most Gen Z attribute, she praised Gentry’s ability to do a full face of makeup — which somehow feels like another slight to the millennials. We’d have a drink to console ourselves if we weren’t so afraid of the hangover.

More like this
Brendan Fraser's Emotional Critics Choice Awards Speech Is Total Tearjerker
By El Hunt
At 28, Rosie Perez Risked Her Career To Stop Playing Stereotypes
By Gabrielle Bondi
At 28, Debra Jo Rupp Was Living A Much Different '70s Show
By Grace Wehniainen
Zach Reveals The Chaotic 30 Minutes That Were Cut From ‘The Bachelor’ Premiere
By Grace Wehniainen
Get Even More From Bustle — Sign Up For The Newsletter
From hair trends to relationship advice, our daily newsletter has everything you need to sound like a person who’s on TikTok, even if you aren’t.