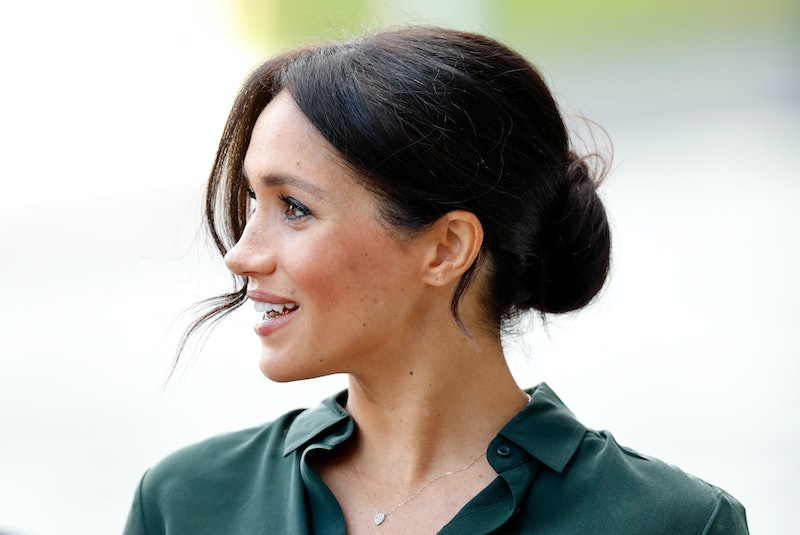 According to a recent report from BBC News, The Sun allegedly hired a private investigator to obtain information about Meghan Markle.

On March, 18. Los Angeles private investigator Daniel Hanks told the BBC that he provided The Sun with private information about the Duchess, including her phone number, addresses, social security number, and personal details about her family members in 2016.

Per the BBC, Hanks has been gathered information of high-profile individuals (including Michael Jackson and Jeffrey Epstein) for more than 40 years.

Hanks told the BBC that, although The Sun made him sign a document where he committed to acting within the law, no one at the tabloid ever asked where he got his information from.

“Pretty much everything I found out they could find out themselves using legal means – with the exception of the social security numbers,” said Hanks.

He added: “When you have that information … it's the key to the kingdom.”

In a statement sent the BBC, News Group Newspapers – publishers of The Sun – revealed that they did hire Mr Hanks in 2016 “to research contact details and addresses for Meghan Markle and possible relatives using legal databases which he had a license to use.”

They added: “Mr Hanks was not tasked to do anything illegal or breach any privacy laws - indeed he was instructed clearly in writing to act lawfully and he signed a legal undertaking that he would do so. The information he provided could not and did not raise any concerns that he had used illegal practices to obtain the information. At no time did the Sun request the social security number of Meghan Markle, nor use the information he provided for any unlawful practice.”

Prince Harry and Meghan Markle have released a statement following the admission, saying that they feel today is an “important moment of reflection for the media industry and society at large.”

The statement continued: “[T]his investigative report shows that the predatory practices of days past are still ongoing, reaping irreversible damage for families and relationships. [The Duke and Duchess of Sussex] are grateful to those working in media who stand for upholding the values of journalism, which are needed now more than ever before.”

Harry and Meghan’s difficulties with the press are well documented, with both of them having filed individual lawsuits for claims made about them in British newspapers.

In an unaired clip from their bombshell interview with Oprah Winfrey March 7, Meghan stressed her desire for a “basic right to privacy” and, in February, she won a claim against the Mail on Sunday’s publishers after the newspaper published portions of a private letter she had written to her father, Thomas Markle.

More like this
King Charles Ensured These Subtle Tributes Were Included In Queen Elizabeth’s Funeral Wreath
By Sophie McEvoy
Camilla Paid Tribute To The Queen In A Heartfelt Video Message
By El Hunt and Sam Ramsden
Will Archie & Lilibet Attend The Queen's Funeral?
By Sam Ramsden
The Royal Family Shared An Unseen Photo Of The Queen Doing What She Loved Most
By Sophie McEvoy
Get The Very Best Of Bustle/UK