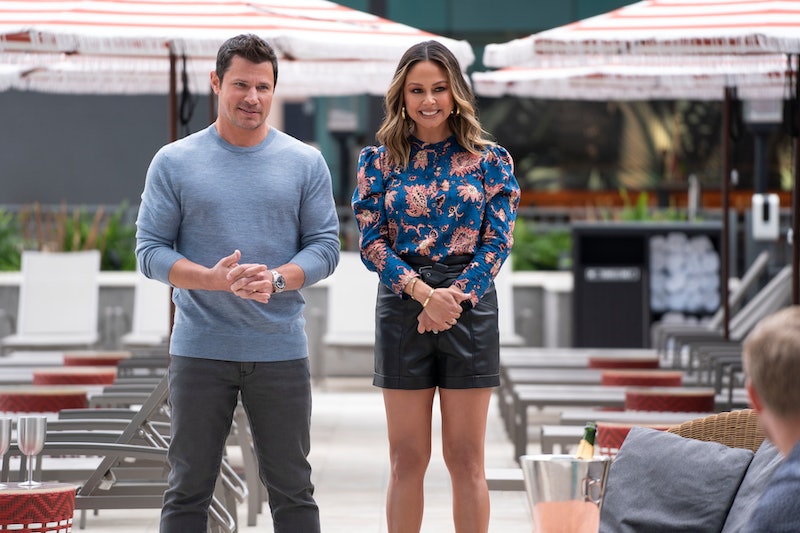 Netflix’s latest dating experiment, The Ultimatum, puts a ticking timer on love. The series follows six couples in which one partner is ready for marriage, while the other isn’t. Across eight weeks the couples decide if they’re ready to get engaged or break up, and go on dates with members of the other couples to help make their decision. Much like Love Is Blind, the series takes the idea of marriage and commitment and ups the stakes — but is it a compelling enough premise to warrant a Season 2?

The Ultimatum Has Already Been Renewed For Season 2

Before The Ultimatum Season 1 even aired, Netflix was already banking on the show’s success, greenlighting a second season in tandem with the first. But that wasn’t the only news to come out about Season 2, as it was also revealed that the sophomore season will feature an all-queer, mostly female cast.

Chris Coelen, one of the series’ producers, spoke to Variety about the show’s potential. “It’s based in a very real relatable conversation and situation for for many, many people — either you’ve been in that situation or you’ve known people who are in that situation,” he said of the show’s premise. “For the participants, it’s incredibly powerful. It does teach them something, I think, at the end of it. It’s full of emotion and hope. I’m really proud of it.”

The new installment will actually be known as its own new show, The Ultimatum: Queer Love, Netflix announced Sept. 22 — and will be “made up of women and non-binary people.”

It will serve as one of the streaming service’s first major dating shows that isn’t focused on straight contestants. Although, as Coelen revealed, there were preliminary plans for a season of Love Is Blind to be conducted with an entirely gender fluid cast. “I love to tell stories. All kinds of people have all kinds of interesting stories. To be able to tell as many different kinds of stories as we can, I think is great and something to aspire to,” he said. He also mentioned the logistical difficulties for a show like Love Is Blind, “You wouldn’t be hanging out in the lounges with people because those people could be possible love interests for you. So certainly, I’ve thought about it.”

The Ultimatum: Marry or Move On will also get a separate second season, Netflix announced.

While we don’t have any exact dates as of yet, Netflix has been releasing their reality shows at a pretty rapid clip. For instance, Love Is Blind Season 3 is set to drop later this year, since Seasons 2 and 3 were filmed at roughly the same time. With Season 2 already announced, it’s more than likely that The Ultimatum should return sometime in 2023, if not before. We’ll update this section once an official premiere date and trailer become available.

The cast for the second season has not been announced yet, though we know it will be comprised of women and non-binary contestants. Season 1 utilized a cast largely based in Austin, Texas, which would probably eliminate that city from being used a second time. In interviews, the Love Is Blind producers replied to fan feedback about having more inclusive contestant pools, and the casting of The Ultimatum: Marry Or Move On Season 2 seems to be their answer. Eagle-eyed Instagram users uncovered the Season 1 cast after The Ultimatum official account followed all of the cast members, so if you’re interested in learning where Season 2 will take place, keep up with the show’s Instagram.

Real-life couple and Love Is Blind hosts Nick and Vanessa Lachey will continue on with hosting The Ultimatum: Marry Or Move On, while The Ultimatum: Queer Love will be hosted by JoAnna Garcia Swisher.

LGBTQ+ Dating Shows To Watch In The Meantime

LGBTQ+ reality dating shows are still a rarity in 2022. It’s one of the main criticisms of the genre, which tends to focus on heterosexual narratives. But that’s not to say there aren’t any queer-focused dating shows out there that will get you primed for Season 2 of The Ultimatum: Marry or Move On.

The gay Bachelor-esque series Finding Price Charming ran for one season on Logo, and MTV has a few seasons of reality romance shows that featured LGBTQ+ contestants, including Ex On The Beach and Are You The One? One of the most interesting options is not even a competitive reality show: Netflix’s Dating Around feels more like a docuseries following a single person as they go on five blind dates. The dates could be of any race or gender identity, which allows the series to openly discuss these dating preferences.

This post will be updated with more details about The Ultimatum: Queer Love as they are released.

This article was originally published on March 25, 2022