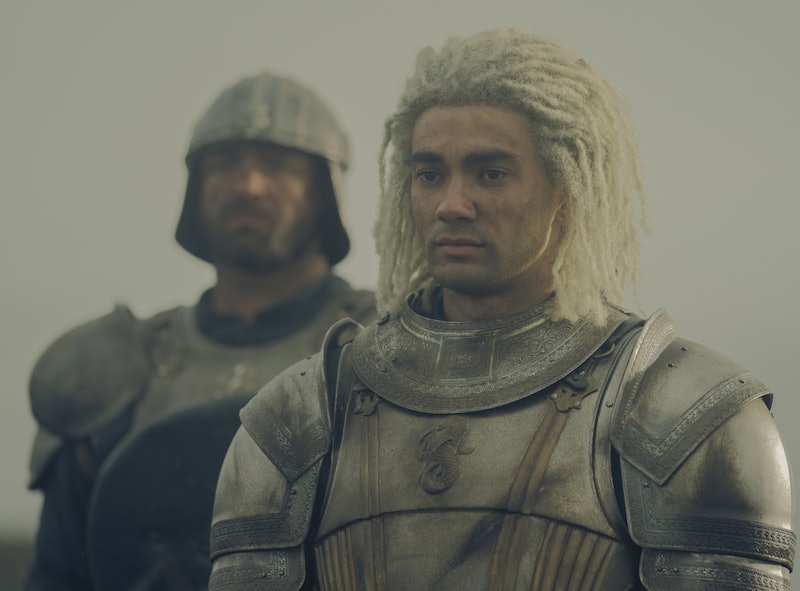 Near-impossible to miss, the Game Of Thrones prequel, House Of The Dragon, is probably one of the most talked about shows of 2022. Beyond the storylines, costumes, and amazing locations, the new characters at also top of the agenda. Laenor Velaryon, played by Theo Nate, among them. In House Of The Dragon, Nate’s character is the young son of Lord Corlys Velaryon and Princess Rhaenys Targaryen, the Queen Who Never Was, twin brother to Laena, heir of Driftmark, and king consort to his cousin, Princess Rhaenyra Targaryen. More importantly, he is also the Game Of Throne’s spin-off’s first gay character. With all the buzz around Laenor Velaryon, what we know about Theo Nate?

House of the Dragon is Nate’s second TV appearance. He previously featured in the BBC’s heart-wrenching prison drama, Time, alongside Sean Bean and Stephen Graham. Prior to that, Nate’s career has primarily focused on the stage and his studies. He is a 2020 graduate from The Liverpool Institute for Performing Acts. The University’s official Facebook account shared a post congratulating him on his role in House Of The Dragon, too. “Congratulations to Acting graduate Theo Nate who's been cast in one of the world's most eagerly anticipated TV shows, just a year after finishing his studies here,” it proudly read.

As for his personal life, there is little to report there. Nate doesn’t appear to be on social media at the moment, so there is little to glean from that. But it hasn’t stopped fans from sharing their love and joy his character has inspired. Fans of the ten-part series have particularly been rejoicing at the visual representation of the dragon rider in the show as the first gay character. Following the release of episode three of House Of The Dragon, one Twitter user wrote: “We got our first bad a** gay dragon rider tonight!” with another writing, “absolute highlight was seeing my favourite lil gay dragon rider and just look at #seasmoke”.

Though Nate bids Laenor farewell following that rather graphic wedding scene (passing on the role to John Macmillan) he spoke to Vulture about enjoying the job and his love of all things Game Of Thrones. “I was — still am — a massive Game of Thrones fan. I say that all the time but then I realise I weren’t as big a fan as I thought, because the fans of the books are just so, so, so much more clued up.”

Laenor, he notes, is “making a stand, to be his own man and to stay true to himself at all times.” Adding, “he really is, mentally, very strong; even in episode three, he comes up with the plan for how to end the two-year battle he’s been in, then basically ends it on the back of his own dragon.”