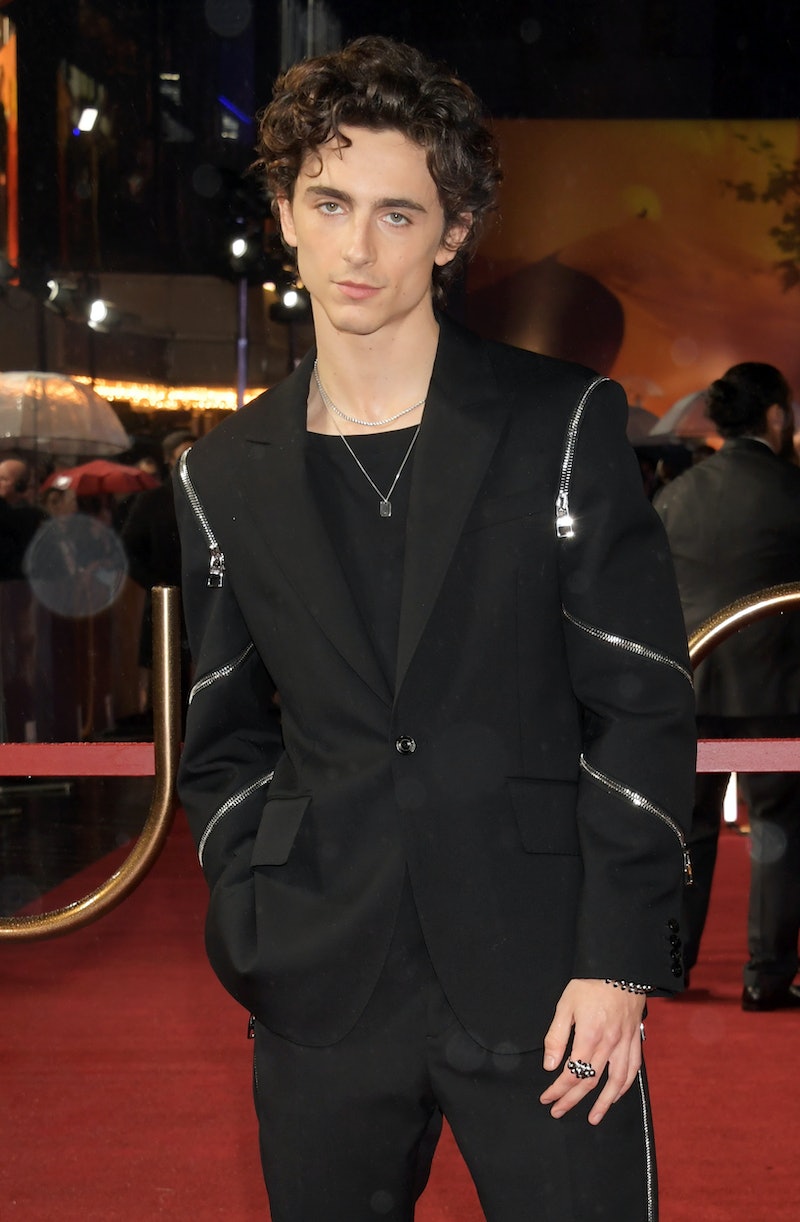 Timothée Chalamet makes the rounds for just about everything: brunching with Larry David, goofing off with Zendaya, wearing a sequined harness, and changing ’dos. But, of course, his body of work is even more impressive and worth a deep dive if you don’t partake in regular Timothée-themed movie nights.

From his turns in period dramas The King and Little Women to futuristic intergalactic films like Interstellar, he’s been in several critically-acclaimed titles and even earned an Oscar nomination at 22 for his moving performance in Call Me by Your Name. (His rap with Pete Davidson on Saturday Night Live is equally noteworthy, and we’re waiting on a Grammy nom for that one.)

Never mind Chalamet being in back-to-back films (the sci-fi megahit Dune and Wes Anderson's The French Dispatch) premiering this week — it’s just not enough. Luckily, there’s way more of Timmy to come. He’s currently singing and dancing as he films Wonka, for which fans await his take on Roald Dahl’s famed chocolate manufacturer pre-candy empire. The sequel to Dune was also just been confirmed. But if you can’t wait for Timmy’s musical stylings and his return to the sandy deserts, here are some of his best movies and TV shows to watch to tide you over.

More like this
Paul Mescal, Man Of Mystery
By Samantha Leach and Heather Hazzan
Here’s Everything Coming To & Leaving Netflix In October
By Jake Viswanath
Helen Mirren Reacts To Queen Elizabeth II’s Death After Playing Her 15 Years Ago
By Grace Wehniainen and Radhika Menon
Olivia Wilde Addresses *Those* Florence Pugh & Shia LaBeouf Rumours
By El Hunt and Sam Ramsden
Get Even More From Bustle — Sign Up For The Newsletter