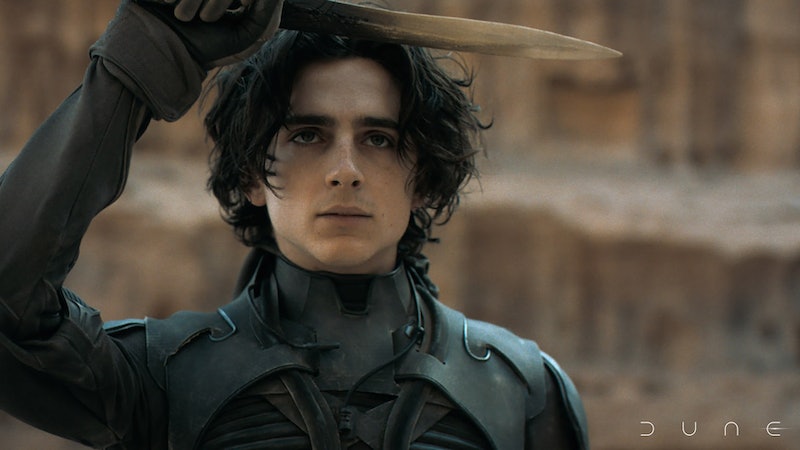 Denis Villeneuve’s Dune has been out for less than a week, and it’s already proving to be one of the year’s biggest blockbusters. Naturally, that means fans have been hard at work, generating hilarious tweets and memes about the film — many of which feature its star, Timothée Chalamet.

Based on Frank Herbert’s beloved science fiction novel of the same name, Villeneuve’s movie has been lauded by audiences and critics alike for its otherwordly visuals and edge-of-your-seat combat scenes. But as is often the case on the internet, the more people love something, the more they will meme about it. And now that Dune: Part 2 is officially, finally greenlit, it doesn’t seem like the jokes will stop anytime soon.

“It was a dream of mine to adapt Frank Herbert’s Dune, and I have the fans, the cast, and crew, Legendary and Warner Bros. to thank for supporting this dream,” Villeneuve told Deadline upon learning the news. “This is only the beginning.” It was always the director’s plan to adapt Dune in two parts, and he may even be interested in telling more of Herbert’s story. “Maybe there’s another possibility to make Dune Messiah, because I think that Messiah could be a fantastic movie,” he told Vulture in a recent interview. It’d be hard, he added, “But you know what? If ever I have to face that challenge, it means that life is fantastic.”

Dune: Part Two isn’t expected to hit theaters until October 2023. Until then, enjoy some of the best memes and tweets about Chalamet from Dune: Part One.

More like this
At 14, Myha'la Herrold Was Singing In Her School’s Christian Rock Band
By Samantha Leach
The First Look At Halle Bailey’s Ariel In ‘The Little Mermaid’ Has Twitter Hyped
By Brad Witter
Here’s Everything Coming To & Leaving Netflix In October
By Jake Viswanath
Twitter Has So Many Thoughts About ‘Don’t Worry Darling’ After Its Release
By Stephanie Topacio Long
Get Even More From Bustle — Sign Up For The Newsletter