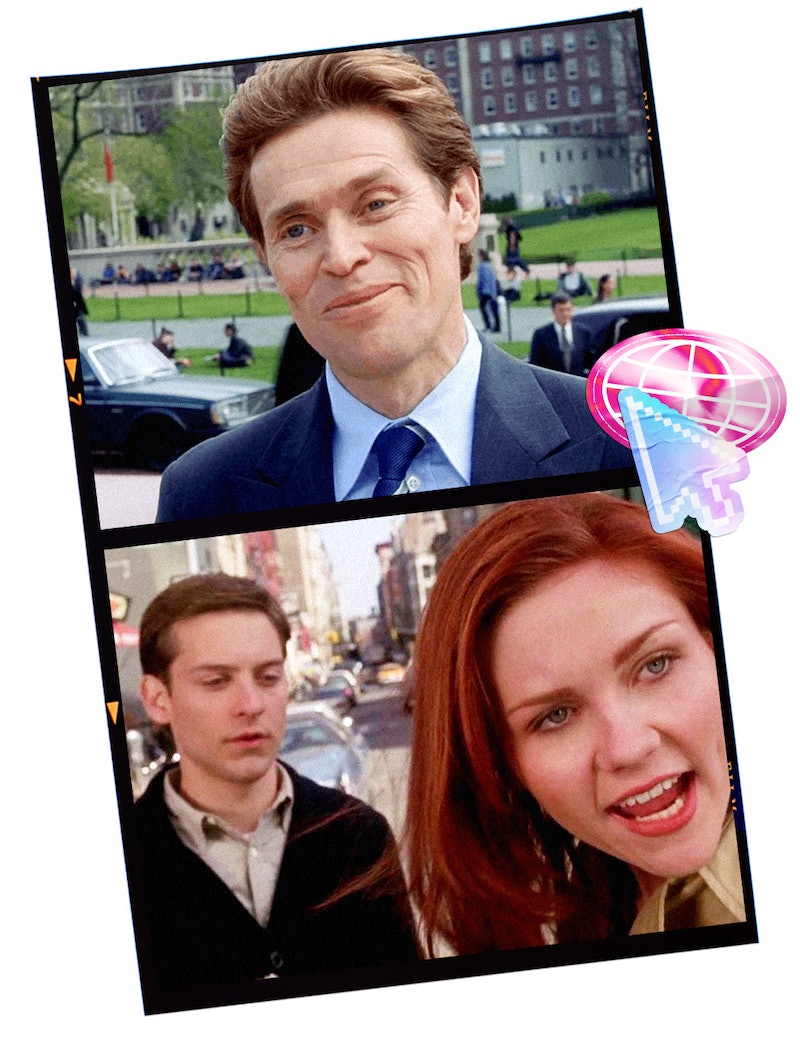 The words came to me involuntarily, a knee-jerk reaction to an internet-born reflex. I was editing the extremely basic HTML on my personal website, but still feeling like a woman in STEM — as I do anytime I type quickly — and I couldn’t stop the thought: “You know, I’m something of a scientist myself.”

The words are from a meme: a captioned still of Willem Dafoe, which is now posted when anyone does anything as scientific as mixing Coke with Sprite in the perfect ratio. It’s taken from Sam Raimi’s Spider-Man (2002), a film that reimagined what a superhero movie could be, and would be. Really, the entire MCU owes a debt of gratitude to Raimi, who first showed that superheroes could live and quip in a version of the real world, not just a hyper-stylized, live-action cartoon — and that they could be wildly successful. Spider-Man was the first film ever to earn $100 million in a single weekend (its total box office run? More than double the $411 million Tim Burton’s Batman made in 1989). But in two decades after its release, its influence has spread well beyond blockbuster films. I am speaking, of course, of the memes.

The most frequently referenced quote from the movie is, of course, Uncle Ben telling Peter Parker, “With great power comes great responsibility.” But I’m not talking about an important line of dialogue; Spider-Man is imminently quotable, but that’s not necessarily why it’s imminently meme-able. I am talking about the garbage sh*t-posts in which people Photoshop the words “my responsibility” over a picture of a Lycra-clad Green Goblin, mid-butt thrust, firing his glider toward Spider-Man, who is labeled as “me.”

Aside from Shrek, I can’t think of any movie that has been more amenable to meme-ification. From the top of my head, I can pull a dozen Spider-Man lines and images that have made the rounds on Twitter for some meaningless purpose or another. One scene from the movie alone — Peter running into Mary Jane outside the diner where she’s working as a waitress — has spawned two: “Some dream, huh” and “Mary Jane defending Peter.”

Another meme features Peter Parker putting on his glasses to see something clearer or “correctly.” (Of course, in the actual movie, Mary Jane isn’t really defending Peter, and Peter’s vision gets worse when the glasses are on. But accuracy is never the point of memes.)

Nowadays, it sometimes feels as though movies are written to be memed. You can imagine the screenwriter smiling to herself writing a line, thinking, “this is definitely going to be a GIF.” But despite Hollywood’s best efforts, when a meme does come from a modern movie, it feels more like a fluke than anything — and it’s usually a one-off. A Star Is Born gave us “I just wanted to take another look at you,” and Uncut Gems gave us “This is how I win,” but the movies themselves aren’t dissected and cut through as shorthand in internet conversation, probably because, to be blunt, a smaller percentage of the population has seen those movies.

Shrek, which came out in 2001, and Spider-Man, in 2002, both had moments of cultural ubiquity. That monoculture doesn’t quite exist anymore. Our viewing appetites are spread across a dozen streaming platforms, and the mid-budget movie is an endangered species, which leaves just a few massive movies that do become massive dominant cultural events — the franchise and Marvel players — inevitably bogged down, at least online, with discourse, and discourse about the discourse.

Shrek and Spider-Man were mass-market, wildly popular movies, geared toward young audiences — 10-year-olds who saw them in theaters and then over and over on DVD. Back then, we were children who didn’t watch things with critical eyes. We didn’t understand the nefarious ways that corporate IP distorted art, and we didn’t have access to a place where we could debate takes and counter-takes until we forgot whether you enjoyed a movie in the first place. Now, 20 years later, the once-bright-eyed Spidey fans are disaffected 30-year-olds spending all of their time on the internet, generating those takes and counter-takes.

Meme culture functions best when even earnestness is couched in irony. And it’s been long enough that Spider-Man is almost ironic — but also a reminder of a time when not everything had to be.

More like this
Jennifer Coolidge Hunted For Jewels & Lashes In J.Lo’s Hotel Room
By Jake Viswanath
Paul Mescal’s Family Celebrated His Oscar Nomination In The Sweetest Way
By El Hunt
Here’s Everything Coming To & Leaving Netflix In February
By Jake Viswanath
What Really Happened Between Lea Michele & Sadie Sink On 'The Tonight Show'
By El Hunt
Get Even More From Bustle — Sign Up For The Newsletter
From hair trends to relationship advice, our daily newsletter has everything you need to sound like a person who’s on TikTok, even if you aren’t.