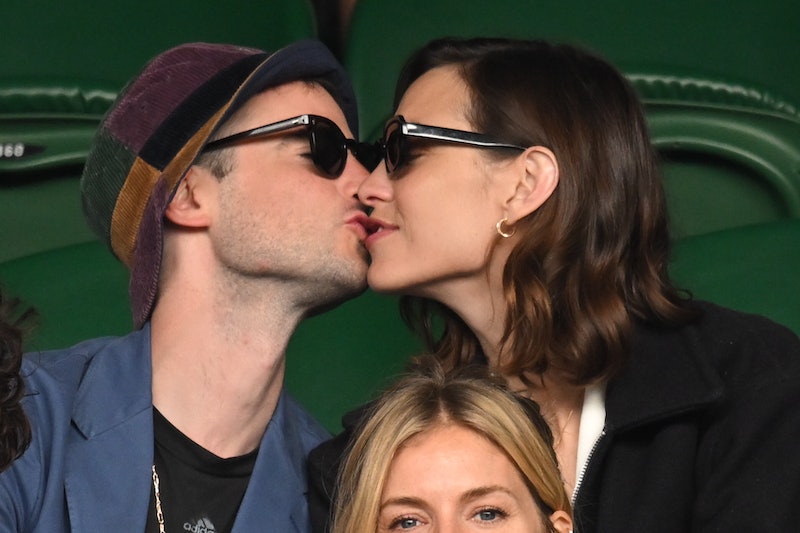 Tom Sturridge is currently the toast of the town thanks to his lead man performance in Netflix’s The Sandman, in which he portrays Morpheus/Dream. Having earned raved reviews from fans and critics alike, the series is a TV adaptation of the hit DC comic books which date back to the ‘80s. But while fans are getting acquainted with all things Dream, they’re likely looking at Sturridge as well. So, what do we know of the British actor’s life away from the screen? Read on to find out.

Sturridge recently followed a much-loved tradition of celebrities making their romance debuts at Wimbledon. The 36-year-old put on a loved-up display with fashion icon and presenter Alexa Chung. The two could be seen sharing a laugh as they enjoyed the Centre Court action and took pictures with one another. Interestingly, the couple were not alone, as they were joined by Sturridge’s ex-girlfriend Sienna Miller and her new partner Oli Green. The foursome looked happy to be sharing the day together, often chatting during the tennis breaks.

Meanwhile, Sturridge and Chung were also pictured enjoying Glastonbury 2022 together, with fans spotting them as they made their way around the muddy field. Neither party has commented on their relationship, which is unsurprising as they are both notoriously private when it comes to opening up about their personal lives. Bustle has contacted representatives of both for comment.

As for exes Sturridge and Sienna Miller — who share daughter Marlow, 10 — they remain on good terms. Talking to Harpers Bazaar in 2017, Miller explained that they still “love each other” and spend a lot of time together. “Everybody will stay over or we'll all go on holiday, and that's because we genuinely want to be around each other,” Miller remarked. “It's great for our daughter, that she has two parents who love each other and are friends. He's definitely my best friend in the entire world.”

Chung, meanwhile, rose to fame in the early aughts when presenting Channel 4’s Sunday morning show T4. Alongside the likes of Nick Grimshaw and Jameela Jamil, she quickly became a household name. This was due to her impressive sense of style, which even led to a Mulberry bag being named after her in 2010. Since then, she has presented Netflix’s Next In Fashion and continues to be an influential figure in the fashion world.