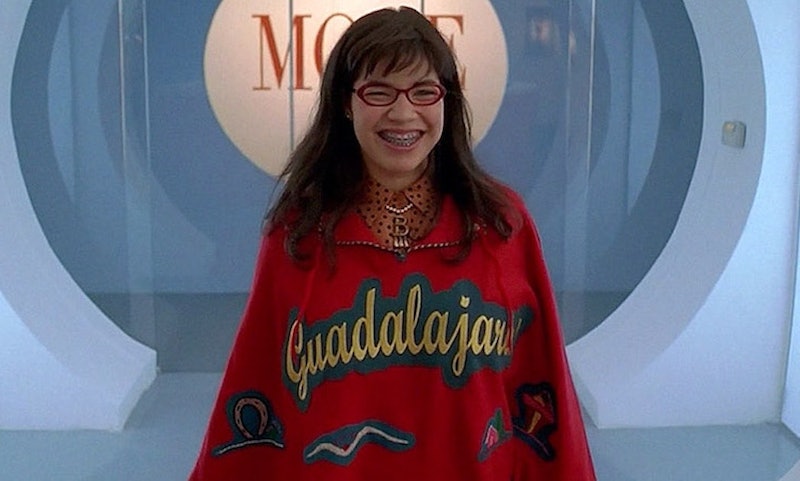 Twelve years after the show aired its final ever episode, the stars of Ugly Betty have reunited in the best way, leaving fans of the hit comedy-drama very much in their feelings. The series aired for four seasons between 2006 and 2010, and followed the loveable Betty Suarez (American Ferrera) as she navigated the ups and downs of her career and relationships within the unwelcoming Mode magazine offices.

On Nov. 22, Ferrera treated her 1.3 million Instagram followers to the ultimate Ugly Betty reunion when she shared not one, but two selfies of herself and her former co-stars, Vanessa Williams and Michael Urie, who played the characters of Wilhelmina Slater and Marc St. James, respectively.

“Betty, Marc, and Wilhelmina. Some things never change,” Ferrera wrote in a caption, prompting fans to express their joy at the throwback pic — with some calling for the show’s revival.

“Our hearts can’t take this,” one user wrote on Instagram, while another fan commented: “This show was so important to me growing up and I still rewatch it almost every year. We need a reboot.”

“Personally, I’m pretending this is a new season and you guys were catching up after Betty got back from London,” another user joked, referencing the show’s 2010 finale.

Speaking in 2021, Eric Mabius — who played magazine boss, Daniel Meade, in the ABC sitcom — revealed something was “being discussed” in regards to a potential Ugly Betty reboot. “We had an abrupt ending and I think that we all felt that we didn’t have enough time to finish telling the stories that needed to be told.” Offering fans a glimmer of hope, he concluded: “Hopefully with enough groundswell, they may even bring the show back for a little bit.”