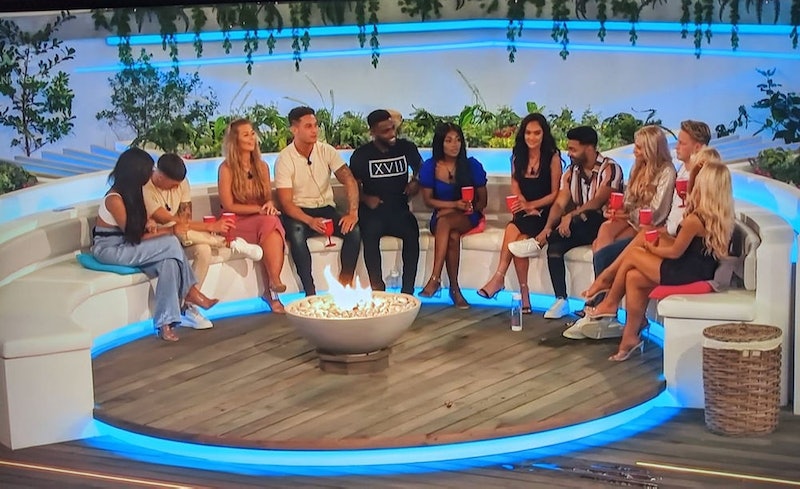 In recent years, there’s been a growing interest in what happens to the Love Island contestants continues after they leave the show. Eager to know where they are now and what determines their success, broadcaster, and reality TV podcaster Will Njobvu caught up with former islanders in a new documentary for Channel 4, Untold: Life After Love Island. While only 16 of the 259 islanders are featured, it offered a glimpse at the highs and lows of what the reality dating series can provide once the holiday of love ends. And with over half of its islanders returning to their old jobs in some form, it's clear that not everyone is lucky to find success outside the villa.

The documentary revealed that an islander's influence is rooted in looks, popularity and, according to some former contestants, race. Of the top 15 most followed islanders on social media, the program notes that only one is Black/Mixed Race — 2019 Love Island winner Amber Gill. Although, as Njobvu points out, Indiyah Pollack "has certainly broken the mould by signing major deals with Pretty Little Thing and Boots" following this year's series. The same can't be said for Ikenna Ekwonna, who has been without official management since coming off the show and is struggling to get brand deals.

Below, we look at five major takeaways from Untold: Life After Love Island which exposed what former contestants really face after leaving the villa.

Coco Returned To Her Job As A Shot Girl

Six weeks after creating one of Love Island 2022's most iconic moments, Coco was back to her day job as a shot girl to "pay the bills" as she had yet to have been paid for the brand work she'd done on Instagram in the interim. "You don't go in there to find love. It's a bonus if you do, but you go in there because you know what you can get after," Coco noted. She also revealed that islanders get paid "minimum wage" for being on the show, which fellow 2022 contestant Dami Hope said during an appearance on Bumble's Love Is… podcast that they were reportedly paid £200 an episode. So essentially, Coco proves that while you may think you'll get success on the outside, it's in no way guaranteed.

Ikenna Wonders What Role His Race Has Played

Since appearing on Love Island 2022, Ikenna has received few to no brand offers, unlike other contestants. "It's quite demoralising coming out of the show and not having brands reach out to you because it makes you think, 'OK, I might as well just go back to my job straight away, what's the point?’" he explained, adding this lack of notoriety on social media may be down to his race. "In the back of my mind, it is always there... I have questioned is it me?…. Is it my face? Is it my skin?” However, he continues to focus on growing his followers on Instagram and TikTok.

Priscilla Spent Her Own Money Trying To Market Herself

Priscilla, who appeared on winter Love Island in 2020, faced a similar situation to Ikenna. "The offers weren't exactly rolling in," she said, adding that race is most definitely a factor. "[Brands and agents] don't see us as the face. They love the culture but they really and truly don't love us." This left her to market herself to brands by booking time in studios with her own money rather than the other way around. “An easy £600. It is a lot of money,” she said, when asked what she spends on her content. However, Priscilla has since found success and is now co-hosting the podcast Nailing It with Wunmi Bello and Adesayo Talabi on Spotify.

Despite winning Love Island's first-ever winter edition in 2020, Paige experienced low moods and anxiety from being in the spotlight, particularly after reading abusive comments on social media. According to data from the C4 documentary, 26% of tweets mentioning female contestants were offensive compared to 14% of those naming a male participant. Paige also noted how her popularity is tied to Finn, being one of Love Island's success stories. But the pair made it clear that they both applied for the show because it's Love Island, not because they were looking for love.

Wes Disliked His Brief Stint As An Influencer

Wes always planned to be a musician, regardless of whether he ended up in the final. However, when he left Love Island in 2018, he had many brand deals and reality show appearances offered to him. However, he didn’t find enjoyment in life as an online entity. “[Influencing] was actually making me quite depressed,” he explained. “Like, real depressed. Really anxious all the time. The whole thing is very, very fake. I don’t want to be a part of that.” Instead, he used the reality dating show as a stepping stone to further his music career. By knowing how to use his newfound platform and sticking to what he loved before going in, Wes has found major success with singles like "See Nobody" and "Nice To Meet Ya."

Untold: Life After Love Island is now available to stream on All 4.

More like this
This Pre-'Love Island' Video Of Olivia & Zara Together Changes Everything
By Bustle UK
'Love Island' Has Added Yet Another Bombshell To The Villa
By Bustle UK
Twitter Is Saying The Same Thing About 'Love Island'
By Sophie McEvoy
'Love Island’s Kai Fagan Is Very Clear About What He Doesn’t Like
By Sam Ramsden and Darshita Goyal
Get The Very Best Of Bustle/UK
Sign up for Bustle UK's twice-weekly newsletter, featuring the latest must-watch TV, moving personal stories, and expert advice on the hottest viral buys.