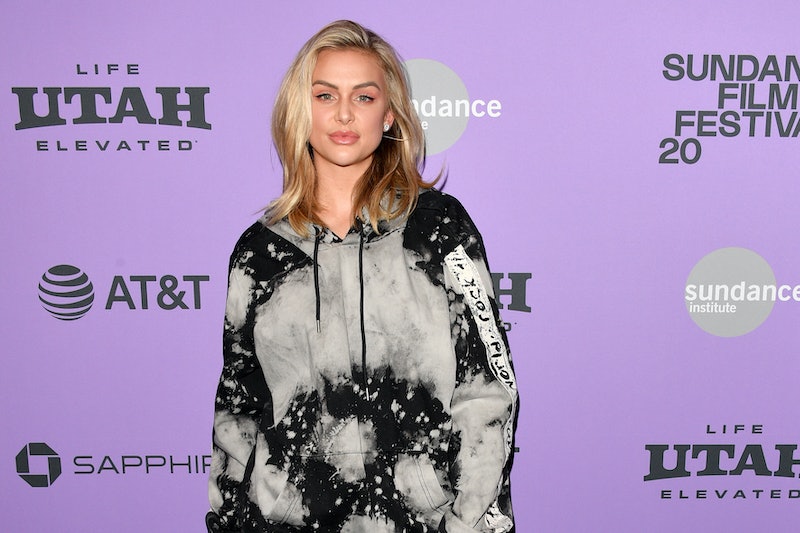 Many of Lisa Vanderpump's famous Sur-vers, past and present, somehow became pregnant at the same time, but it wasn't an easy road to get there. Lala Kent detailed her pregnancy complications in an Instagram post on Wednesday, Feb. 24, as she prepares to give birth any day now. The Vanderpump Rules star announced that she was expecting her first child with fiancé Randall Emmett in September 2020.

In a since-deleted post, Kent wrote that she started bleeding when she was only six weeks into her pregnancy, leading her to fear for the worst. “I went to the emergency room, already knowing what they could tell me," she wrote, as per Us Weekly. "They took me into a room for an ultrasound and I laid there quietly... For the first time, I heard the pitter patter of my baby’s heartbeat. 'Your baby is still there.'"

While she was in the clear, Kent said she continued to bleed irregularly, which she later found was the result of a blood clot. "Each time, I would call my OB and be beside myself," she said. "I was put on bed rest until it was gone." Weeks later, her physicians told her they were concerned about the baby's growth and started to monitor her progress, before realizing that her baby wasn't having any issues. "After a few weeks, my doctors concluded that this was a placenta problem, not a kid problem," she said. "Although we never want any problem, this was a relief."

Now, Kent said she's continuing to go to two appointments a week while doctors monitor the baby's heartbeat and growth. When that slows, they will make the call for Kent to give birth, and she's praying for a safe and healthy delivery. "This could be anywhere from 35 to 37 weeks," she wrote. "In one to three weeks, I could be delivering my angel and all I keep praying for is she comes out healthy. That is all I think about every day, all day."

When Kent does give birth, she'll be joining her former Pump Rules co-star Stassi Schroeder, who welcomed her and fiancé Beau Clark's first child, daughter Hartford Charlie Rose Clark, on Jan. 7. Kent and Emmett are also expecting a baby girl, which was announced in a huge gender reveal. And they're not the only Sur babies to arrive this year.

Just a couple weeks after Kent revealed her pregnancy, her former co-stars Jax Taylor and Brittany Cartwright also announced they were expecting their first child, but unlike Schroeder and Kent, they will welcome a boy. More recently, in October 2020, Scheana Shay, one of Kent's remaining Pump Rules co-stars, announced her own pregnancy after suffering a miscarriage earlier in the year. Like Schroeder's and Kent's, her "rainbow baby" will be a girl. Both Shay and Cartwright are due in April 2021, so come spring, Sur could very well transform into a nursery.