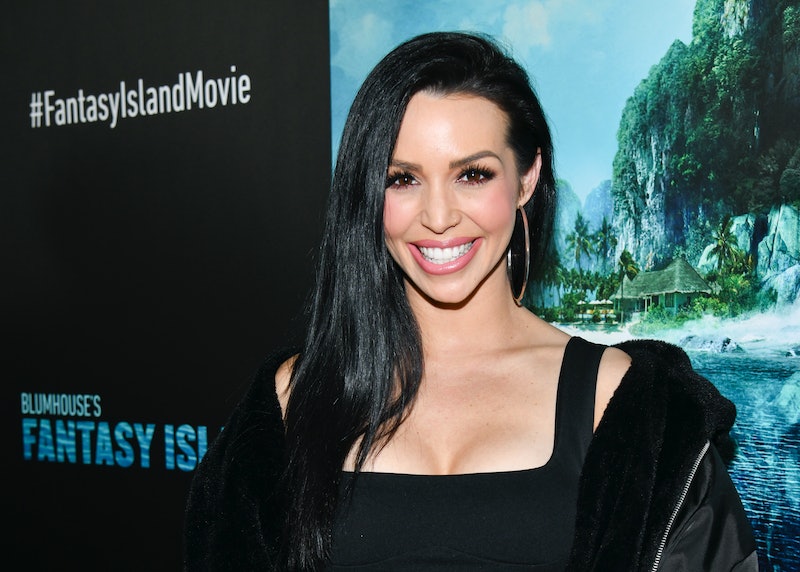 A new generation of SURvers are on the way. Vanderpump Rules star Scheana Shay announced that she's expecting her first child with boyfriend Brock Honey Davies in an Oct. 28 interview with People, and now she revealed on Instagram that they're expecting a baby girl. "IT’S A GIRL!!!" the former SUR-ver wrote alongside a pink bow emoji. "I can't wait to put the biggest bows in her hair and shower her with unicorns and rainbows!" Davies also shared the big news on social media, writing, "baby girl, I love you."

The news that the pair are expecting again came after they experienced a miscarriage in June. The reality star shared the exciting news on Instagram with a photo of the sonogram. "IT'S ALL HAPPENING APRIL 2021!!!" Shay wrote, referencing the tattoo on her arm. "We are expecting our rainbow baby."

"We got pregnant so quickly," Shay told People, explaining that she and Davies were ready to try again for a baby as soon as they could after losing their "miracle baby" in June. (Shay, who has been open about freezing her eggs, revealed at the time that she was told she was unlikely to conceive naturally.) "It was the first and only time we tried and I had a feeling right away, but it was so soon to tell because I wasn't even close to missing my period yet. I just had a feeling."

Though everything "happened so quickly," Shay revealed that she and Davies learned she was pregnant before heading on a trip to Sedona, Arizona. "[I started] bawling my eyes out," she said. "We still had an amazing trip, but it just all happened so quickly, which is so exciting but also really scary after having a miscarriage."

Despite her excitement, Shay admitted that she is nervous that something might go wrong. "After a miscarriage, I was definitely even more aware of my body, but just so much more cautious and scared," she told the outlet, explaining that Davies was there to reassure her and support her despite her anxiety. "It was every little thing, which I'm sure was driving Brock crazy because he's like, 'You're fine!' But I was just like, 'I need to make sure, I need to make sure' — and now we've made sure! Everything is good."

"Being a mom is something that I didn't think was necessarily going to be possible for me, which is why I froze my eggs twice last year," she continued. "I didn't know that I would be able to get pregnant on my own so I'm just so excited that we were able to do this naturally and that everything looks good." Now, the reality star is focused on getting ready to meet her baby: "I'm so excited to have a healthy baby and hug my baby and just be a mom."

While this will be Shay's first child, Davies has two sons, Eli and Warner, from a previous relationship. The couple first began dating back in September 2019, though the reality star didn't publicly confirm their relationship until two months later. "I'm happy," Shay told People at BravoCon in November 2019 about her new romance with the Australian trainer and gym owner. "I don’t feel like I need to brag about him because I know he's not going anywhere. He's very nice, and he treats me the way I deserve to be treated."

Shay is the fourth member of the Vanderpump Rules cast to announce a pregnancy in recent months; Stassi Schroeder confirmed that she was expecting her first child back in June, shortly after she was fired from the reality TV series. In September, Brittany Cartwright and Jax Taylor announced they were expecting a baby boy, and around the same time, Lala Kent revealed that she was pregnant with a baby girl. Here's hoping the new generation of SURvers will be just as memorable as their parents.

This article was originally published on Oct. 28, 2020