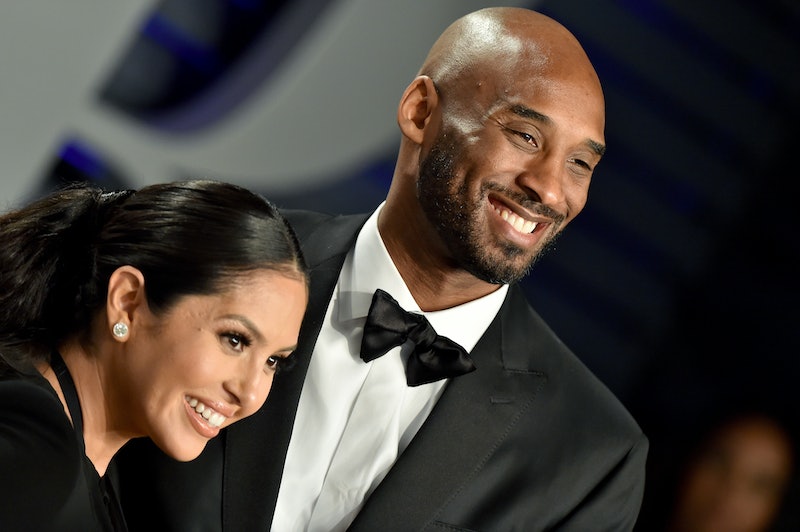 Nearly 14 months after his shocking death, the tributes to Kobe Bryant keep pouring in. Vanessa Bryant got a new tattoo dedicated to Kobe and Gianna Bryant, her late husband and daughter, in case you needed something to cry about today. Bryant’s daughter Natalia also joined in and got two dedications to her late family members tattooed on her.

On Tuesday, March 23, Bryant took to Instagram to show off her new “Mambacita” ink from artist Nikko Hurtado, who has previously designed several tattoos for Vanessa. According to Page Six, the ink is a tribute to Gianna, who earned that nickname thanks to her impressive basketball talents that reminded people of her father, who had coined the nickname “Black Mamba” for himself. In fact, the name of Kobe’s Mamba Sports Foundation was changed to Mamba & Mambacita’s Sports Foundation in February 2020 to honor Gianna’s legacy.

Bryant also shared videos of her daughter Natalia getting her own ink to commemorate her father. One of her new tattoos says “muse,” which happens to be the name of Kobe’s 2015 documentary. The film aired on Showtime and focused on the people that helped shape Kobe’s historic NBA career as a Laker — from his mentors and valuable allies to rivals — who motivated him to do better. The design of Natalia’s second tattoo is relatively unclear, so its meaning is currently unknown.

Kobe and Gianna died in a helicopter accident outside of Calabasas, Calif., along with seven other victims, on Jan. 26, 2020, shocking the entire world. This is not the first time that Bryant has paid tribute to her late family through ink. In October 2020, she got her own name tattooed alongside the names of Kobe and their four daughters — Natalia, Gianna, Bianka, and Capri — in a line across her foot.

In a recent interview with PEOPLE, Bryant opened up about how she deals with grief from losing them, sharing that she has “days when I feel like I can’t survive to the next.” However, she explained that Natalia, Bianka, and Capri have been her primary motivators during this time. “Lying in bed crying isn’t going to change the fact that my family will never be the same again,” she added. “But getting out of bed and pushing forward is going to make the day better for my girls and for me. So that’s what I do.”